The American Petroleum Institute (API) invoked provisional licensing for the ASTM D7528 (“ROBO”) test to address a months-long backlog at test labs on 29 March 2018. API’s Kevin Ferrick said that API will be notifying licenses this week that ROBO provisional licensing has been closed, following notification from the ASTM ROBO Surveillance Panel chairman that the ROBO test queue at the independent test labs is now less than one week.

“With this information in hand, API will take the steps necessary to close ROBO provisional licensing,” Ferrick, who is senior manager of API’s Engine Oil Licensing and Certification System (EOLCS), reported at the ASTM International meeting last week in Atlanta, Georgia, U.S.A.

The Romaszewski Oil Bench Oxidation (ROBO) Test evaluates the effect of pour point depressants on the low-temperature properties of used oils. It simulates the ILSAC Sequence IIIGA engine test, but oils are more quickly and inexpensively oxidized than with a traditional multi-hour fired engine test.

The test was developed for ILSAC GF-5/API SN. The ROBO test is also required for the API SN PLUS classification, which API began licensing on 1 May 2018. So, when marketers started applying for their API SN Plus licenses, they had to make use of the ROBO provisional licensing.

If a provisionally licensed oil fails to pass the ROBO test, the licensee must notify API immediately and take whatever corrective action, including product recall, within the time frame specified by API. 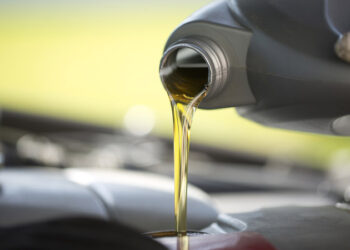