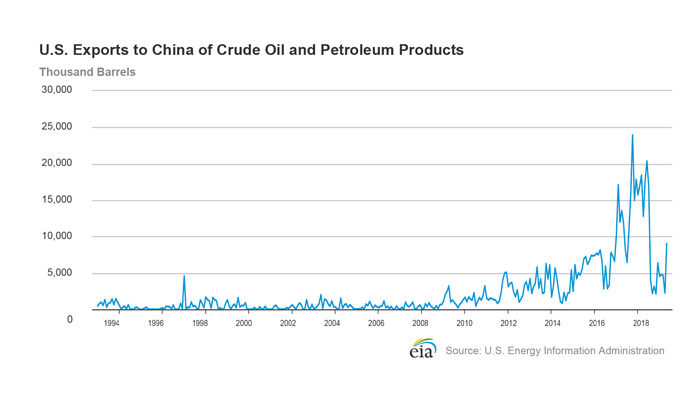 The American Petroleum Institute (API) warned of the consequences of the escalating U.S.-China Trade War, following last Friday’s announcement that China will impose tariffs on U.S. crude oil imports and several other petroleum products  for the first time, as part of fresh tariffs on USD75 billion of U.S. products.

A shale boom has helped the United States become the world’s largest oil producer, ahead of Saudi Arabia and Russia, and crude oil exports have surged to a record three million plus barrels per day (bpd) after the U.S. government lifted an export ban in late 2015.

China said last Friday that it would raise tariffs on items originating in the U.S. from 5% to 10%, and the new duties would be implemented in two batches – the first from 1 September 2019 and the second from 15 December 2019. The duties – announced and then suspended earlier this year – are in response to Washington’s 10% tariff on USD300 billion worth of Chinese imports.

According to the State Council’s Customs Tariff Commission, the added duties will apply to goods including soybeans, beef, pork and crude oil. A tariff of 25% on American vehicles and car parts also would take effect from 15 December 2019, up from the current 5%.

The commission said that China has decided to reimpose the tariffs because Washington’s planned increases “violated the consensus reached by the two heads of state in Argentina and the consensus reached in Osaka,” during the meetings between U.S. President Donald Trump and Chinese Premier Xi JInping in December 2018 and June 2019.

Meanwhile, Trump said he would increase tariffs on Chinese imports starting 1 October 2019, from 25% to 30%. Separately, the tariff on the remaining USD300 billion in Chinese imports will be raised from 10% to 15% on 1 September 2019. Trump also called on U.S. companies to consider alternatives to doing business in China.

“This escalation of the U.S.- China trade war is another step in the wrong direction, the consequences of which will be felt by American businesses and families,” said Kyle Isakower, API’s vice president of Regulatory and Economic Policy. “In addition to the impacts on the U.S. economy and jobs, U.S. energy leadership and global competitiveness are threatened as U.S. natural gas and oil exports continue to serve as targets for retaliation.”

“We urge the administration to quickly come to a trade agreement with China that would lift all tariffs under Section 301, including the damaging retaliatory tariffs on American energy exports.”

Even before China’s formal retaliation against U.S. crude oil exports, the negative impact of the trade war was already apparent. China’s imports of U.S. crude oil fell from 22% (October 2017 to June 2018) to just 3% of total U.S. crude exports after Section 301 tariffs were first implemented.

Additionally, the U.S. natural gas and oil industry is negatively impacted by the administration’s tariffs on more than 100 industrial products under Section 301 and by steel tariffs under Section 232, and is subject to a 25% retaliatory tariff on U.S. liquified natural gas (LNG) exports to China.

API is the only national trade association representing all facets of the U.S. natural gas and oil industry, which supports 10.3 million U.S. jobs and nearly 8% of the U.S. economy.

The U.S.-China Trade War escalation caused a rout in global stocks and commodities, with the West Texas Intermediate (WTI) benchmark crude particularly hit as China included imports of U.S. crude oil in its latest round of tariffs.

WTI lost 3.8% of its value last Friday, with prices plunging to the lowest so far this month at USD53.24, before closing at USD54.17 per barrel.

The U.S. benchmark crude is expected to continue to be impacted by the escalation as the U.S. exports 6% of its crude oil output to China. 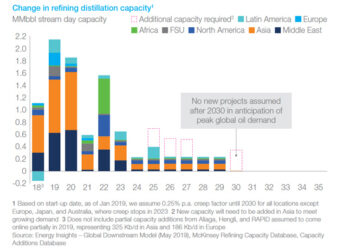 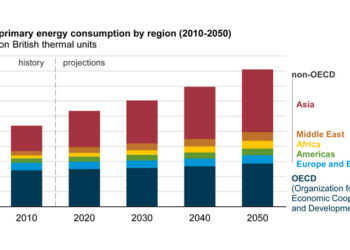