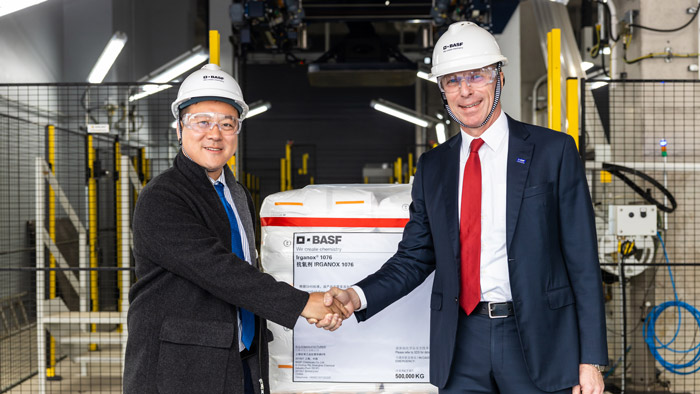 BASF yesterday inaugurated the second phase of its new, world-scale antioxidants manufacturing plant at its Caojing site in Shanghai, China. The second phase comprises a synthesis plant to produce the antioxidants Irgafos® 168 and Irganox® 1076. With the completion of the second phase, the plant will have an annual capacity of 42,000 tons, mainly serving customers in China.

“When we decided to construct a new plant to support our growing antioxidants business, we sought to build it quickly, safely and efficiently,” said Hermann Althoff, senior vice president, Performance Chemicals, Asia Pacific, BASF. “The plant is designed to reach high environmental standards, using the most efficient production processes. Located within the Shanghai Chemical Industry Park, it also benefits from its proximity to our Research and Development Center in Shanghai, that provides technical support to polymer producers and to the converting industry.”

The units for liquid antioxidants, formgiving, and powder blending were inaugurated in January 2019 as part of the plant’s first phase. It was the first time BASF used a modular concept to build a plant. This enabled the completion of the project in just 10 months – half the time of an onsite build. 10 plant modules with a weight of up to 440 tons per module were pre-fabricated off-site in just 230 days. They were then assembled at the site in only five days after undertaking a 24-hour journey on the Yangtze River and the East China Sea.

The operational sustainability of the plant is an essential part of its design. Compared to existing antioxidant plants, the process technology of the new plant has a lower energy intensity and less waste is generated per ton of products manufactured. For example, the plant will reuse much of its process water for production and a different drying technology is used to reduce solid waste.

Because of these features, the plant has recently been awarded a grant of CNY50 million (USD7.14 million) by the Shanghai government. The grant was established in 2015 under a program set up to transform and upgrade the city’s industrial economy. It encourages companies in Shanghai to invest in technologies that benefit the environment, such as more efficient use of energy, as well as reduction of waste and emissions.

Antioxidants help prevent thermal oxidation reactions when plastics are processed at high temperatures. Oxidation can cause the loss of impact strength, elongation, surface cracks, and discoloration of the materials. Almost all polymer materials undergo oxidative degradation reactions at one or all of the manufacturing, processing and end-use stages.

BASF operates a global production network and is the only supplier of antioxidants with production sites in Asia, Europe, North America and the Middle East. 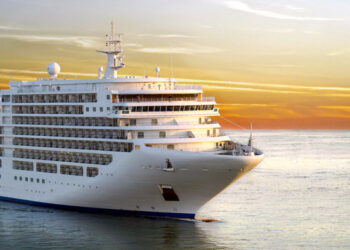 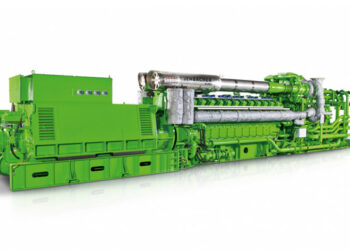