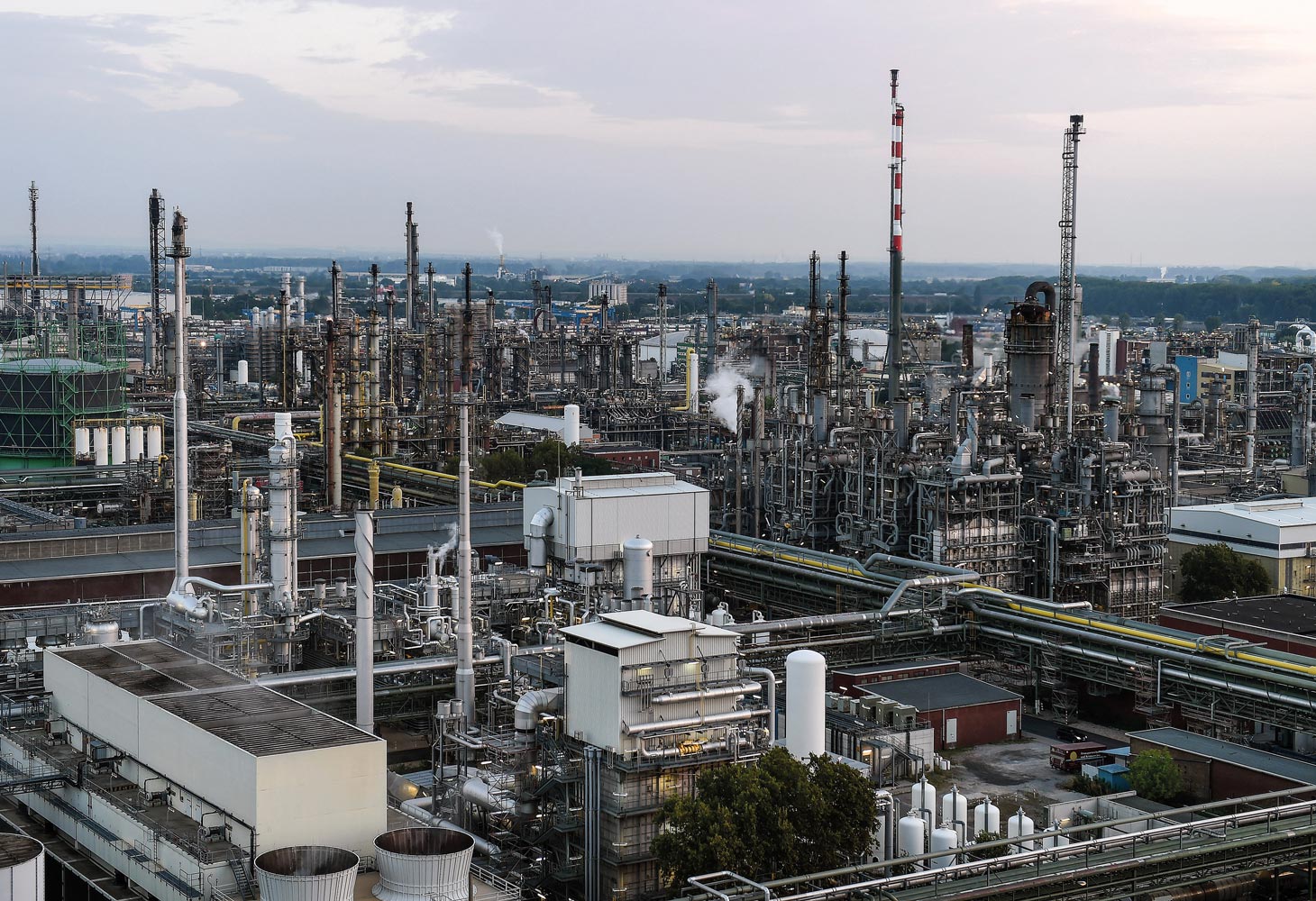 Based on the most recent progress in developing low-emission and CO2-free technologies, the company is also significantly raising its medium-term 2030 target for reductions in greenhouse gas emissions. BASF now wants to reduce its greenhouse gas emissions worldwide by 25% compared with 2018 – and to achieve this despite targeted growth and the construction of a large Verbund site in South China. Excluding the effects of the planned growth, this means cutting CO2 emissions in half in the current business by the end of this decade. Overall, BASF plans to invest up to EUR1 billion (USD1.18 billion) by 2025 to reach its new climate target and a further EUR2 billion (USD2.36 billion) to EUR3 billion (USD3.54 billion) by 2030.

In 2018, BASF Group’s worldwide emissions amounted to 21.9 million metric tons of CO2 equivalents. In 1990, this figure was roughly twice as high. The new 2030 emissions goal represents a reduction of approximately 60% compared to 1990 levels, which exceeds the European Union’s target of minus 55%.

“The new climate goals underscore our determination and BASF’s commitment to the Paris Climate Agreement. Climate change is the greatest challenge of the 21st century. In response, we must adapt our processes and our product portfolio. We need to accelerate this transformation now. We must first concentrate on the initial steps of this journey, not the final ones. That is why BASF will increase its use of renewable energies. And we will accelerate the development and deployment of new CO2-free processes for the production of chemicals. With transparency and offerings to systematically and incrementally reduce the carbon footprint of BASF products throughout the entire value chain, we help our customers in all industries to reduce the carbon footprint of their own products,” said Dr. Martin Brudermüller, chairman of the Board of Executive Directors of BASF SE.

At the heart of the long-term transition toward net zero CO2 emissions by 2050 is the use of new technologies, which will replace fossil fuels such as natural gas with electricity from renewable sources. Most of these technologies are being pioneered by BASF in collaboration with partners and are currently in a pilot stage. Broad scaleup of these technologies will only be fully realizable after 2030. In order to accelerate the avoidance of CO2 emissions prior to that date, BASF also continues to systematically implement continuous improvement processes for existing production plants. In addition, BASF will progressively switch to renewable sources to meet its electricity needs and intends to invest in wind parks to facilitate this.

One of the most important new technologies that BASF is currently developing are electrically heated steam crackers for the production of basic chemicals such as ethylene, propylene and butadiene. These chemicals are building blocks for numerous value chains and are essential for chemical production. Hydrogen is another important feedstock for many chemical production processes. To achieve CO2-free production of hydrogen, BASF is pursuing two processes in parallel: the commercially available water electrolysis and methane pyrolysis, for which BASF has developed a new process technology. Another important lever to increase energy efficiency is the use of electrical heat pumps to produce CO2-free steam from waste heat. BASF’s goal is to work with Siemens Energy to gradually ramp up this technology to industrial scale and use it for waste heat recovery at entire sites.

BASF expects that this switch to climate-neutral production processes will lead to a sharp increase in electricity demand at the group’s major sites, including the largest production site in Ludwigshafen, Germany, in the coming decade. From around 2035, the group’s electricity demand is expected to be more than three times higher than it is today.

“This will require investments for the development and construction of new production plants. A precondition for the transformation of chemical production is the reliable availability of large quantities of renewable electricity at competitive prices. At the moment, that is not the case in Germany. BASF therefore aims to participate in investments in renewable energy generation facilities to meet its own demand. Regulatory framework conditions are also essential for making this transformation economically feasible,” Brudermüller said.

In addition to the planned investments in renewable energies, BASF is pursuing a number of specific flagship projects:

− Together with SABIC and Linde, BASF is working on the realization of a pilot furnace for the world’s first electrically heated steam cracker. Compared to conventional crackers, this would enable nearly CO2-free production of basic chemicals. If the necessary funding is granted, start-up of the pilot plant is slated to begin as early as 2023.
− BASF is developing methane pyrolysis technology for the CO2-free production of hydrogen from natural gas. Compared to other processes for emission-free hydrogen production, methane pyrolysis requires only around one-fifth as much electrical energy. A pilot reactor has been constructed in Ludwigshafen and is being started up. Funding for this project was provided by the German Federal Ministry of Education and Research.
− In collaboration with Siemens Energy, BASF is currently investigating possibilities for the construction of a PEM (proton exchange membrane) water electrolysis system with a capacity of 50 MW for CO2-free production of hydrogen from water and electricity at the Ludwigshafen site. This CO2-free hydrogen would be primarily used as a raw material in the Verbund but would also be used to a limited extent to support the launch of the mobility market in the Rhine-Neckar metropolitan region.
− At the Antwerp site, BASF is planning to invest in one of the largest carbon capture and storage (CCS) projects in the North Sea. Together with partners in the [email protected] consortium, this creates the opportunity to avoid more than 1 million metric tons of CO2 emissions per year from the production of basic chemicals. A final investment decision is targeted for 2022.

Competitiveness to be maintained

BASF has set itself an ambitious goal of climate neutrality by 2050 because the company is convinced of the long-term strategic necessity as well as the technical feasibility. However, most of the new technologies are not yet competitive under today’s framework conditions. Since it is very capital-intensive to replace existing highly efficient production processes with new plants, BASF is trying to secure funding from European and national programs such as IPCEI (Important Projects of Common European Interest).

“We are convinced that ultimately all players involved will work together to make this once-in-a-century transformation economically successful. This also includes consumers accepting higher prices for CO2-free products throughout the value chain to offset higher operating costs and additional investments. To achieve this, we need new cooperation between industry and policymakers that leads to positive, outcome-oriented regulations and preserves our international competitiveness,” said Brudermüller.

1 Based on Scope 1 and Scope 2 emissions of the BASF Group; other greenhouse gases are converted into CO2 equivalents according to the Greenhouse Gas Protocol. 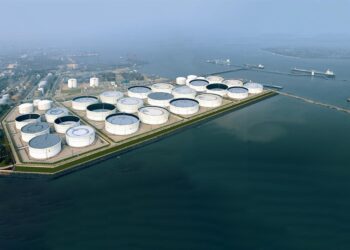 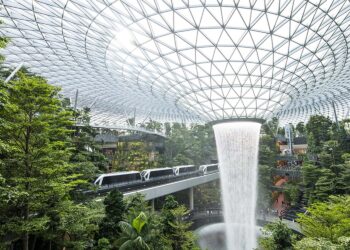