The Sombra facility is located on a 21-acre facility near Sarnia, Ontario, with excellent logistics, including on site rail. Originally constructed in 2009, the plant has not achieved nameplate capacity due to working capital and market challenges, and is currently not in production.

BIOX will invest an additional CAD 5 million (USD 3.9 million) over the next 12 months on plant upgrades to improve its efficiency and enable the use of a broader range of feedstock, specifically lower carbon intensity feedstocks, such as animal fats and recycled cooking oils.

The purchase price and capital upgrades will be funded through a combination of cash on hand and a CAD 1.8 million (USD 1.4 million) mortgage on the facility.

“The Sombra acquisition represents a 75% increase in our production capacity and fits our strategy to control and distribute more gallons, leveraging our existing sales and marketing capabilities. We believe the Ontario market will play an increasingly important role in our distribution network. The implementation of the Greener Diesel program in Ontario, with its increasing blend rates and move toward lower carbon intensity fuels in 2017, made Sombra an attractive asset,” said Alan Rickard, BIOX CEO.

The regulation requires the use of an estimated 240 million litres of bio-based diesel on an average greenhouse gas adjusted volume basis in 2017.

“We are already seeing with the increase in the Ontario mandate for 2016 that distribution of biodiesel from our Hamilton facility is shifting quickly from dependence on the U.S. market to fulfilling the demand in Ontario,” Rickard said. “We expect this shift in distribution away from the U.S. market to continue as the Ontario Greener Diesel mandate increases for 2017.”

The GHG reduction aspects of the Ontario Greener Diesel mandate are an important differentiator for BIOX. Bio-based diesel produced by BIOX has the lowest carbon intensity in the province, reducing GHG emissions by more than 100% when compared to petroleum diesel.

The Sombra facility, once upgraded to handle lower carbon intensity feedstocks, will produce at a comparable GHG emission efficiency to the biodiesel produced by BIOX at its Hamilton facility.

“With these low carbon intensity products, BIOX expects to be the best performing source of biodiesel available to obligated parties in Ontario to meet the requirements under the Greener Diesel program,” said Rickard.

BIOX owns and operates two biodiesel facilities in Ontario with a combined nameplate capacity of 117 million litres per year. BIOX has an innovative, proprietary and patented production process that is capable of producing the highest quality, renewable, clean burning and biodegradable biodiesel fuel utilising a variety of feedstocks – from pure seed oils to animal fats to recovered vegetable oils, with no change to the production process. BIOX’s high quality biodiesel fuel meets ASTM D-6751 standards. 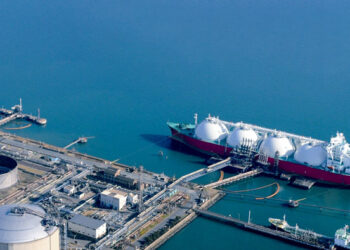