Dualock is short for dual lock, where two different protective molecules tightly lock together. Castrol Magnatec with Dualock Technology features two different protective molecules that lock tightly together and cling to the surface of engine parts, to form a protective layer that delivers a 50% reduction of warm-up and stop-start engine wear, helping to provide greater engine protection to the engine when the vehicle is stuck in traffic.

A report by the Boston Consulting Group estimates that commuters in the Malaysian capital city of Kuala Lumpur spend an average of 53 minutes a day in traffic jams. Congestion adds 66% more load on critical engine parts when compared to driving on the open road, Castrol estimates. Plus, an estimated stop-start of approximately 18,000 times for the average car each year adds further stress on the engine.

“At Castrol, we have recognised that the increasing number of vehicles would lead to greater traffic congestion and contribute to the problem of engines experiencing more instances of stop-start wear. It took 10 years and more than 3 million kilometres of real-world driving to introduce a new generation of Castrol Magnatec. The re-invented Castrol Magnatec formulation with its revolutionary Dualock technology is engineered specifically for such stressful driving conditions. We believe that this launch will further strengthen Castrol’s leadership position in Malaysia,” said Keow Mei-Shan, marketing director for Castrol Malaysia and Singapore.

Castrol Magnatec with Dualock Technology range of engine oils is available in two variants – semi-synthetic and fully synthetic. The lighter viscosity grades (5W-30 and 0W-20) come in fully synthetic versions only. The fully synthetic formulation can be identified by the “Stop-Start” marking on the packaging as well as the “Hybrid” label, meaning that it is suitable for hybrid vehicles. The SAE 10W-40 and 5W-30 viscosity grades of Castrol Magnatec with Dualock Technology are suitable for diesel engines, as well as gasoline engines. 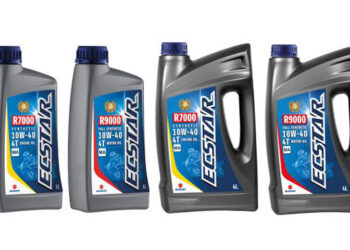 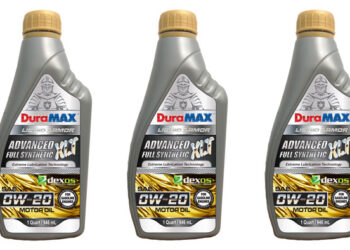