TOLEDO, Ohio–(BUSINESS WIRE)–Owens Corning (NYSE:OC) is celebrating the 40th anniversary of its relationship with The Pink Panther™. Through the years, the iconic MGM character and company “spokescat” has grown to become one of the world’s most recognizable and beloved brand mascots.

Owens Corning began partnering with The Pink Panther to promote sales of PINK® Fiberglas™ insulation on August 15, 1980. Since that time, the suave cartoon character has starred in countless television, print, and digital media promotions for the company and its businesses. The Pink Panther also adorns the vehicles of hundreds of select contractors, distributors and builders working with the company’s Roofing and Insulation businesses.

“The relationship between Owens Corning and The Pink Panther is nothing short of remarkable,” said Suzanne Harnett, Owens Corning’s Vice President of Corporate Affairs. “For 40 years, The Pink Panther has been a smart and stylish ambassador for our company speaking persuasively to our brand promise despite never uttering a word.”

Robert Marick, MGM’s Executive Vice President Global Consumer Products and Experiences, said, “Marking 40 years of The Pink Panther as spokesperson for Owens Corning is a true moment to celebrate. It’s rare that you see a promotional relationship like this continue for decades. It speaks to both the timelessness and universal appeal of The Pink Panther, as well as Owens Corning’s ability to make him an integral part of their marketing and platforms.”

The company’s enduring relationship with The Pink Panther began the same year that saw the introduction of CNN, Pac-Man, and Post-it® Notes, and it has since coincided with the terms of seven U.S. presidents.

The concept for pairing The Pink Panther with Owens Corning was first suggested by Roger Butler, an executive at the New York-based advertising agency Ogilvy & Mather. The association was natural given the color of the company’s insulation, which has brandished its distinctive pink hue for more than 60 years. The color was added in 1956 when the company was testing a new form of the product. It distinguished the new all-fiber product from the standard insulation for installers who liked the new option and began asking for “the pink insulation.” After demonstrating decades of widespread use of the color PINK®, Owens Corning became the first company to receive a trademark for a color, on May 12, 1987.

The Pink Panther was developed by animation cartoonists Friz Freleng and David Depatie as the opening title sequence for the 1964 film, “A Shot in the Dark,” starring Peter Sellers. The film was a box-office hit, but no less compelling was the sly, breezy Pink Panther himself. As a result, his movie career was expanded into animated cartoons, books, merchandise and ultimately, a starring turn as brand mascot for Owens Corning.

Owens Corning is a global building and industrial materials leader. The company’s three integrated businesses are dedicated to the manufacture and advancement of a broad range of insulation, roofing and fiberglass composite materials. Leveraging the talents of 19,000 employees in 33 countries, Owens Corning provides innovative products and sustainable solutions that address energy efficiency, product safety, renewable energy, durable infrastructure, and labor productivity. These solutions provide a material difference to the company’s customers and make the world a better place. Based in Toledo, Ohio, USA, the company posted 2019 sales of $7.2 billion. Founded in 1938, it has been a Fortune 500® company for 66 consecutive years. For more information, please visit www.owenscorning.com.

Metro Goldwyn Mayer (MGM) is a leading entertainment company focused on the production and global distribution of film and television content across all platforms. The company owns one of the world’s deepest libraries of premium film and television content as well as the premium pay television network EPIX, which is available throughout the U.S. via cable, satellite, telco and digital distributors. In addition, MGM has investments in numerous other television channels, digital platforms, and interactive ventures and is producing premium short-form content for distribution. For more information, visit www.mgm.com.

About The Pink Panther

Created in 1963, The Pink Panther is an animated character who appeared in the opening and/or closing credit sequences of almost every film in “The Pink Panther” series. The character's popularity resulted in more than 125 theatrical shorts and various television series, specials and cartoons. The character is closely associated with "The Pink Panther Theme," composed by Henry Mancini. More than 50 years later, The Pink Panther continues to be discovered by new generations and remains one of MGM’s most well-known franchises due to its captivating charm that appeals to all ages. The Pink Panther has left his mark on pop culture through collaborations with a number of top fashion brands. The combination of The Pink Panther and Owens Corning has resonated with consumers since the partnership’s inception, but last year things were taken to a new level when style icon Virgil Abloh used PINK® Fiberglas™ insulation to create his Pink Panther: Scales of Justice exhibit, which made its debut at the Museum of Contemporary Art in Chicago. 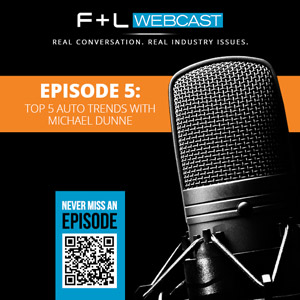 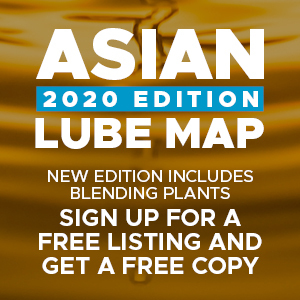