Approximate $3.0 Billion Reduction in Funded Debt; Trading of New Common Stock to Commence on NYSE under Ticker “WLL” on September 2, 2020

DENVER–(BUSINESS WIRE)–Whiting Petroleum Corporation (NYSE: WLL) (“Whiting” or the “Company”) today announced that it has successfully completed its financial restructuring and emerged from Chapter 11 protection. Whiting officially concluded its reorganization after completing all required actions and satisfying the remaining conditions to its Plan of Reorganization (the “Plan”).

“We are excited to begin our new chapter at Whiting, with a focus on capital discipline and free cash flow generation to create long-term value for our shareholders,” said Lynn Peterson, Chief Executive Officer of Whiting. “On behalf of the Company and newly appointed Board of Directors, I would like to thank our employees for their patience and dedication during this process.”

In accordance with the Plan, approximately $2.4 billion in pre-petition senior unsecured notes have been equitized. Pro forma for the reduced RBL facility balance, the restructuring resulted in a reduction of approximately $3.0 billion of debt. Details of the Company’s pro forma capital structure and liquidity are outlined here below:

New Leadership and Board of Directors

Mr. Henderson most recently served as Chief Financial Officer of SRC Energy, Inc. before its combination with PDC Energy, Inc. Prior to SRC Energy, Mr. Henderson was Chief Financial Officer of Kodiak Oil & Gas Corporation (“Kodiak”) before its combination with Whiting. Prior to Kodiak, he served as the Director of Finance for Aspect Holdings and the Director of Accounting Services at Anadarko Petroleum Corporation.

Listing on the NYSE

Details of the restructuring, the securities issued pursuant to the Plan and the debt and other agreements entered into as part of the Plan will be provided in a Form 8-K which can be viewed on the Company’s website or the Securities and Exchange Commission’s (“SEC”) website at www.sec.gov.

Court filings and other documents related to the restructuring are available on a separate website administered by the Company’s claims agent, Stretto, at cases.stretto.com/whitingpetroleum. For inquiries regarding the Company’s emergence, please call the hotline established by Stretto at (800) 330-2531 (toll-free domestic).

Whiting Petroleum Corporation, a Delaware corporation, is an independent oil and gas company that develops, produces, acquires and explores for crude oil, natural gas and natural gas liquids primarily in the Rocky Mountain region of the United States. The Company’s largest projects are in the Bakken and Three Forks plays in North Dakota and Niobrara play in northeast Colorado. The Company trades publicly under the symbol WLL on the New York Stock Exchange. For further information, please visit http://www.whiting.com.

Global Analysis of Electric Battery Market and Battery Thermal Management System for Electric and Hybrid Vehicles, 2010-2025 & 2019-2030 with 2018 as the Base Year – ResearchAndMarkets.com 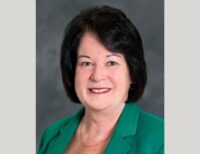 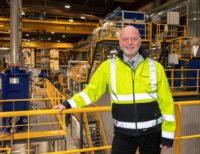