The key features of Castrol Tribol GR SW 460-1, a specialized product for main bearing applications in wind turbines, include:

To minimize costs and maximize return on investment across wind farms, customers need to achieve operational excellence. It means ensuring every turbine gets the best protection while reducing downtime. Castrol’s wind turbine main bearing grease Tribol GR SW 460-1, has been designed to help achieve these goals.

“Congratulations to Castrol for working diligently the past six months on certifying this product. Since NLGI does not dictate chemical, additive, lubricant or viscosity properties, formulators are encouraged to get creative in order to create viable, quality products that meet HPM specifications. Castrol’s Tribol GR SW 460-1 product has done just that. We are excited to see it in the marketplace,” said NLGI Executive Director Crystal O’Halloran.

Future specifications may include high temperature and/or long life.

NLGI has partnered with the Center forH Quality Assurance to administer the HPM program and conduct qualification testing. The initial focus of HPM is on premium grease in a variety of bearings and applications which require similar lubricating properties. 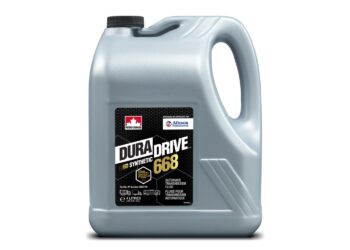