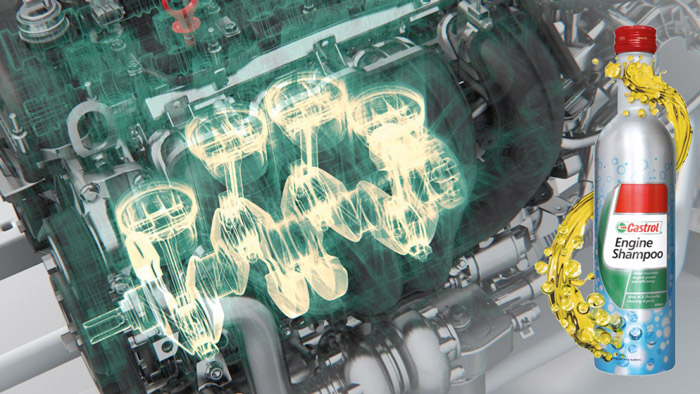 Castrol has launched a new a pre-oil change treatment product, Castrol Engine Shampoo, which helps maintain the efficient operation of gasoline and light diesel engines. It reduces harmful sludge deposits by up to 85%* in gasoline engines, as shown by tests at the Castrol Technology Centre, the company said. Engine sludge builds up over time in an engine, and is not removed during a standard oil change. It can clog vital oil passageways, reducing the power, efficiency, and overall engine life.

“Engine oil can degrade at very high temperatures and over time this can manifest as a build-up of sludge,” says Gareth Bracchi, one of Castrol’s engineers. This process is exacerbated by frequent short journeys, high-RPM driving such as going uphill, by low-quality fuel, late or missed oil changes, and by the stop-and-go journeys which are becoming increasingly common in our congested cities.

“Despite its comprehensive cleaning ability, Castrol Engine Shampoo doesn’t have any of the harmful side-effects of a solvent-based engine cleaner,” Bracchi said.

The new product can be used safely in both gasoline and light diesel engines, as well as in motorbikes and light commercial vehicles. One bottle of engine shampoo is effective for vehicles that use 3L to 6L of engine oil. It is recommended for use at every other oil change, mainly for older and high mileage vehicles. However, it can also be used for new vehicles as a preventative measure.

Engine Shampoo helps to maintain engine power and efficiency by dissolving and flushing out sludge during the oil change process. The application takes 10 minutes prior to servicing and can happen anywhere that the car can be safely parked. After the engine has warmed the oil, it is switched off and 300ml of Engine Shampoo is added. The engine is then switched back on and left idle for 10 minutes. The sludge transfers to the engine oil, which is then drained with the engine off, and the filters are replaced. This process maximises the cleanliness of the engine internals, ensuring the new engine oil can perform at optimal levels. 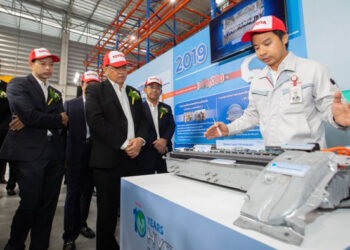 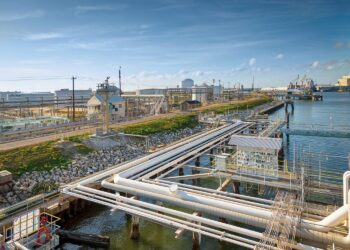