Chevron Oronite hosted a groundbreaking ceremony on October 19 to mark the beginning of the construction on a wholly-owned additive manufacturing plant in Ningbo, a seaport city in northeast Zhejiang Province, the People’s Republic of China.

The facility is planned to open as a lubricant additive blending and shipping operation, followed by a phased expansion into component manufacturing as lubricant additive demand grows. The company anticipates a completion date in late 2020 and the beginning of commercial production in 2021.

“The combination of increased investment, both in technology and now in manufacturing clearly reflects the importance of China in Oronite’s overall strategy,” said Bruce Chinn, president of Chevron Oronite. “Adding a manufacturing facility in China will enhance our supply capabilities to meet the growing demand for our products in the future. The plant will also complement our other strategic manufacturing locations around the world, including a world-scale additives plant in Singapore, the largest such facility in Asia, that is currently servicing our customers very well in China and the rest of Asia.”

The land where the manufacturing facility will be located is part of the Ningbo Economic and Technical Development Zone (NETD), which is located near the Ningbo Port, one of the largest ports in the world in terms of annual cargo throughput.

“NETD is one of the first 14 state-level development zones approved by the State Council of China. At present, there are more than 40 Global Fortune-500 companies investing in NETD,” said Shen Endong, deputy director, Administration Committee, NETD. “The Oronite China Manufacturing Plant project is the most technically advanced project in the field of new chemical materials introduced since the establishment of the NETD, which will definitely push forward its industrial upgrade.”

Oronite is celebrating its 20th anniversary in China this year, having established a sales presence in the capital city of Beijing in 1998. After continued growth in China, the company’s focus over the last several years has been on expanding its in-country technical support and product development capabilities, highlighted by the opening of a technology center in Shanghai in 2015. In parallel, work was also underway to identify a strategic location for a China manufacturing plant, culminating in the recent groundbreaking ceremony in Ningbo.

“We congratulate Oronite’s China project team for its excellent work over these last few years and we are very excited to see construction now underway,” said Koon Eng Goh, general manager, Manufacturing and Supply Chain, Asia-Pacific Region, Chevron Oronite. “We would also like to thank NETD for the strong support they have given us during this process. They are an important reason why Oronite chose this strategic location, which will help us to serve our customers’ future needs and build relationships throughout China that will endure for years to come.”

The company signed an initial investment agreement in China in March 2015 and later that year created a wholly foreign-owned enterprise based in Ningbo. In December 2016, Oronite announced that it had advanced to the engineering and design phase of the project. Then in June 2018, the company announced it had made the final investment decision to move forward on its plans. 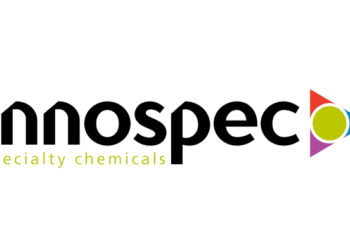