For more than 30 years, the Beringen facility has manufactured PAOs, which are specially designed chemicals used in many applications such as lubricants, greases and fluids.

The expansion of its PAO production capacity is a significant investment for the company in Europe and will support the growing demand for PAO products worldwide, Chevron Phillips Chemical said.

The ceremony was witnessed by His Excellency U.S. Ambassador Michael M. Adler, the Flemish Minister of Economy, Jo Brouns, the Governor of the province of Limburg, Jos Lantmeeters, and the Mayor of Beringen, Thomas Vints.

“Our Beringen plant has a long history of safe, reliable production of PAOs and of serving our customers with excellence. The expansion of our production capacity allows us to benefit from strong local expertise, maximize synergies with the existing unit, and leverage Belgium’s central position to meet customer needs globally” said Antoine Janssens, EMEA region general manager, CPChem.

Ideally located in the heart of Europe, the expansion will enjoy significant advantages in infrastructure, feedstock availability, and operational expertise. The expansion project will create approximately 20 additional full-time jobs in the region, and hundreds of construction and indirect jobs.

Driven by the performance of these molecules, PAOs have emerged as essential components in many applications, including automotive and industrial lubricants. PAOs are also used in a series of innovative applications such as electric and fuel-efficient vehicles, windmills and heat transfer fluid, fueling the demand for these products worldwide. 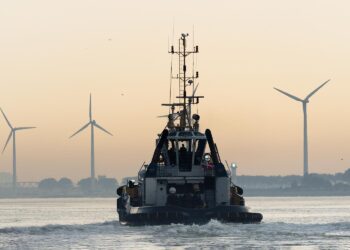