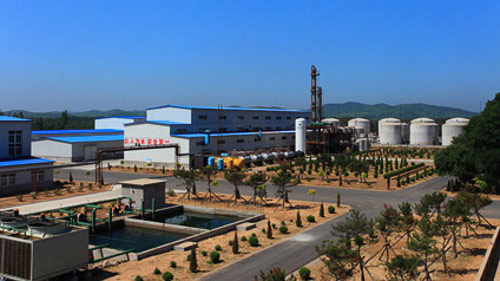 Tianhe Chemicals Group Ltd. said that construction of its Group II/Group III base oil project and fluoride lubricating oil project is complete, in a filing to The Stock Exchange of Hong Kong last week.

However, some of the ancillary facilities remain to be built pending the relocation of some residents occupying the area where these facilities are supposed to be built. Tianhe Chemicals said it is unsure when the base oil plant will become operational.

“The company believes that the development of its downstream lubricating oil business can fully utilise the company’s competitive edges in terms of a full product portfolio and the excellent performance of its lubricant additives products.”

Tianhe Chemicals said it expects to start launching finished lubricants for the agricultural machinery and other segments in the first quarter of 2018.

“Based on the assessment of latest market conditions, the company has decided to resume certain production capacity expansion projects including the construction of facilities for T154 ashless dispersant and T106 detergent products under the lubricant additives segment, which will be completed during the first half of 2018.”

However, the construction production facilities for individual lubricant additive components and packages for industry and fuel oil in Qinzhou, Guangxi will remain suspended.

“The company will carefully assess the relevant schedule for resuming the project based on the ongoing market assessments.”

Based on the unaudited consolidated management accounts, the Tianhe Chemicals Group recorded a net profit of approximately RMB296.7 million (USD44.5 million) for the six months ending 30 June 2017, representing a decline of approximately 26.8% when compared with the year-ago period. The decline was mainly attributable to its specialty fluorochemicals segment and the adverse impact of the relocation of the group’s primary upstream production facility located at Fuxin Hengtong. The sales and gross profit of the specialty fluorochemicals segment recorded a decrease of approximately 51.0% and 58.7%, respectively, year-on-year.

The company’s lubricant additives unit recorded a “mild decline” in both revenue and gross profit for the first half of 2017. The overall gross profit margin of this segment was stable at approximately 43.9%, with a slight increase over the corresponding period in 2016.

Due to weakened demand for certain lubricant additive products in China, domestic sales of its lubricant additives unit decreased by approximately 23.2% during the current period. Export sales, on the other hand, continued to report solid growth of approximately 55.8% in the first half of 2017 compared to the same period a year ago.