The inclusion of high voltage components into vehicle powertrains has introduced new challenges for fluid formulators and automotive engineers over the last five years. This has resulted in the need for next-generation fluids that can provide effective thermal management and compatibility with new materials and electrical circuits.

Researchers at Croda worked with D2H Advanced Technologies to evaluate the performance of  Xenitron™ 3221 and other selected esters when scaled to a battery module. A computational fluid design (CFD) model was validated by an identical test rig employing 32 cartridge heaters to emulate battery cells under different charge rates. The immersive cooling system was compared with contemporary cold-plate cooling methods and other dielectric cooling fluids.

Xenitron 3221 is a fluid that exhibits excellent thermal properties to optimise cooling performance in systems where direct cooling of electrical components is required. The fluid is suitable for blending into PAO and mineral oil formulations, helping the formulator achieve superior stability, safety and performance.

“The advantages of immersion cooling versus cold plate cooling have been overlooked within the industry.  There has been uncertainty around the benefits, and sometimes safety of direct immersion systems. However, this study – alongside others in the industry – has shown that immersion cooling with well-designed dielectric fluids can improve safety by minimising hot spots and can provide other benefits such as better cell temperature homogeneity. They can even allow faster charging times due to more efficient heat removal. Our understanding of how fluid properties impact cooling in these systems is accelerating the development of novel materials that can be used in next generation fluids for direct immersion cooling of electronic systems,” said Bethan Warren, lead applications scientist at Croda Energy Technologies.

“Whilst we’ve demonstrated the efficacy of selected ester fluids in an immersion cooling system, we’re now looking to work with formulators and engineers on next generation EV fluids. Esters can provide performance benefits when used as a component in the final formulation, lifting the performance of Group III and PAO dielectric fluids,” said Yew Chin Law, business director for Energy Technologies, Asia.

In launching Xenitron 3221, Energy Technologies is inviting partners to include specialty ester chemistry into their formulations. Croda’s research teams have already started to develop new and novel esters for the application, which are only available to direct collaborators. 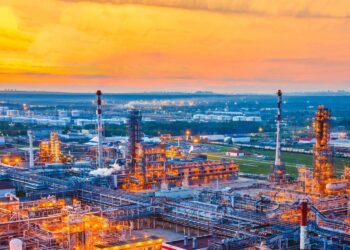