Representatives from some of the world’s leading original equipment manufacturers (OEMs) announced the formation of the International Fluids Consortium (IFC) yesterday at SAE International’s WCX World Congress Experience Digital Summit. Teri Kowalski, principal engineer at Toyota Motor North America, presented how the International Fluids Consortium will develop performance-based fluid specifications that will ensure current and future vehicle technologies are supported. This consortium could potentially replace the current ILSAC in place. ILSAC, which was founded in 1992, stands for  the International Lubricant Standardization and Approval Committee. ILSAC specifications started with GF-1 and only last year, the latest specification, which is ILSAC GF-6, was officially licensed by the American Petroleum Institute (API).

According to a press statement, vehicle manufacturers created the International Fluids Consortium to better align the reliance on fluid performance in vehicle applications. Original equipment manufacturers are designing new and innovative vehicle technology faster than ever before, the statement said. This evolution is driven by consumer expectations, government regulations, and advancements in technology. Fluids are a critical component in supporting vehicle performance and evolution, benefitting vehicle owners around the world.

The goal of the International Fluids Consortium is to accelerate the adoption of new global specifications by connecting and engaging industry experts to improve fluid performance through collaboration, the statement said. Industry stakeholders have earlier expressed dissatisfaction with the current system, as taking too long and being too expensive. Engine tests can cost hundreds of thousands of dollars, and with numerous engine tests required to be run to qualify an engine oil formulation, the cost could total more than a million dollars.

According to an IFC spokesman, the organization will have both “strategic” and “standard” OEM members. Oil marketers, additive technology companies, testing facilities, base oil suppliers, etc., will be classified under “industry affiliate members”. Besides Toyota, other OEM members are not being disclosed at this time “to give the OEMs more time to develop consensus on which specifications to focus.”

In terms of timeline for first licensing and/or certification, the IFC spokesman said this is still “to be determined.” He added, “OEMs will decide the priority and timeline based on the industry need.”

The International Fluids Consortium, formed in 2020, is a not-for-profit organization created by vehicle manufacturers to encourage innovation and improve performance of fluids to meet the needs of vehicle owners. IFC’s mission is to develop and maintain performance-based fluid specifications for optimizing vehicle performance while promoting global awareness, availability, and use of approved fluids. The consortium will manage a program for certifying, auditing, and easily identifying approved fluids for vehicle owners, supposedly outside of API’s current Engine Oil Licensing and Certification System (EOLCS). 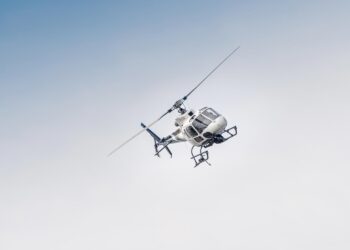