DowDuPont announced that it plans to sell its cellulosic biofuels business, including its USD225 million cellulosic ethanol plant in Nevada, Iowa, U.S.A. The plant has already shuttered plant operations and a skeleton crew is maintaining the plant until a buyer is found.

The 30 million gallon per year cellulosic ethanol plant in Iowa which opened in 2015 is considered the next generation of renewable fuel.

DowDuPont, which finalized its merger last week, said the plant no longer fit its strategic strategy.

“As part of DowDuPont’s intent to create a leading specialty products company, we are making a strategic shift in how we participate in the cellulosic biofuels market,” the company said.

“While we still believe in the future of cellulosic biofuels, we have concluded it is in our long-term interest to find a strategic buyer for our technology including the Nevada, (Iowa), biorefinery,” the company added.

The company said it will continue to participate in the overall biofuels market through specialty offerings including biofuel enzymes and engineered yeast solutions that improve yield and productivity for biofuel producers.

DowDuPont said it will work closely with “local, state and federal partners to assure a smooth transition as we pursue the sale of the business.”

“All affected employees will receive support services during this transition,” DowDuPont said.

Since the Dow and DuPont merger was announced, there have been concerns about exactly where the cellulosic ethanol technology would fit in a company which plans to split itself into three companies — one based on traditional chemicals, one on agriculture, one on specialty products, including industrial biosciences. 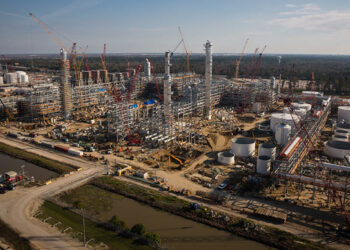