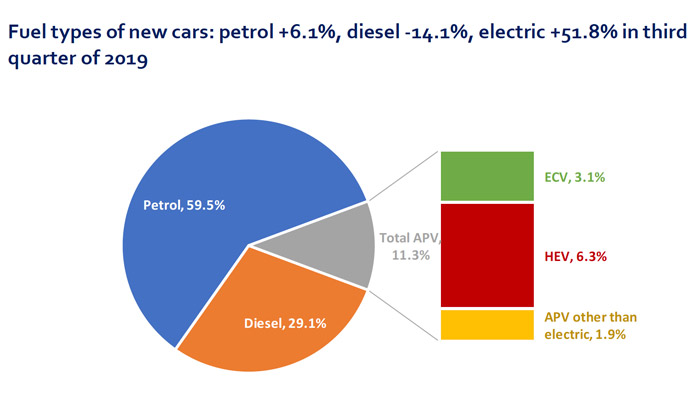 EU commercial vehicle registrations declined by 7.3% in October, following a 10.0% decrease in September, according to ACEA, the European Automobile Manufacturers Association. Demand fell in all segments, although the slowdown in van sales – making up more than 80% of EU commercial vehicle demand – had a major impact on the overall results for October.

Meanwhile, in the passenger car market segment, EU registrations grew by 8.7% in October to reach 1,177,746 units registered. This marked the highest October total on record since 2009. During the same month last year, registrations fell by 7.3% after the WLTP test¹ came into effect, setting a low base of comparison for 2019.

From January to October, new‐car registrations were down 0.7% compared to the first 10 months of 2018. Although demand increased across the EU in September and October, Germany (+3.4%) remained the only major European market to record growth so far in 2019. By contrast, Spain (‐6.3%) and the United Kingdom (‐2.9%) saw the strongest declines 10 months into the year, while the Italian (‐0.8%) and French (‐0.3%) markets have almost recovered to 2018 volumes.

In the third quarter of 2019, EU demand for passenger cars running on diesel continued its downward trend to reach a market share of 29.1%. By contrast, registrations of petrol cars further increased, now accounting for 59.5% of the EU market. During the same period, electrically chargeable vehicles (ECV) made up 3.1% of total new car sales across the region. All alternatively powered vehicles (APV) combined had a market share of 11.3% last quarter.

¹The WLTP (World harmonized Light-duty vehicles Test) is a global, harmonized standard for determining the levels of pollutants, CO2 emissions and fuel consumption of traditional and hybrid cars, as well as the range of fully electric vehicles. This new protocol was developed by the United Nations Economic Commission for Europe (UNECE) to replace the New European Driving Cycle (NEDC) as the European vehicle homologation procedure. One of the main goals of the WLTP is to better match the laboratory estimates of fuel consumption and emissions with the measures of an on-road driving condition. Since CO2 targets are becoming more important for the economic performance of vehicle manufacturers all over the world, WLTP also aims to harmonize test procedures on an international level, and set up an equal playing field in the global market. Besides EU countries, WLTP is the standard fuel economy and emission test also for India, South Korea and Japan. 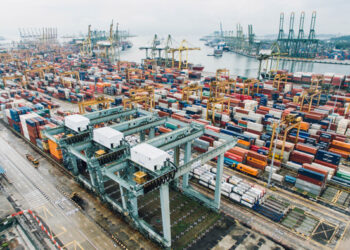 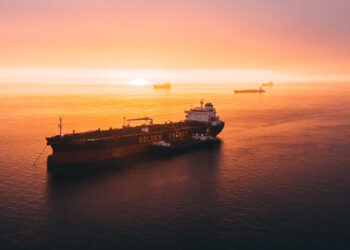