Last Thursday, a fire broke out at Lubrizol’s plant in Rouen, France in the early morning, affecting the U.S. additive maker’s drumming and warehousing assets, as well as a neighboring warehouse not belonging to Lubrizol. No injuries were reported, and the fire was extinguished by late evening. On Friday, the company released a statement saying that It is not yet clear where or how the fire started.

“Lubrizol personnel are on-site, and our leadership is working closely with local authorities to determine the origin of the fire. We will continue to partner in the days and weeks ahead. Environmental testing by local authorities indicate no findings of acute toxicity in the air, and authorities have lifted restrictions on travel and shelter,” the statement continued.

Around 150 firefighters were quickly at the scene and started to contain the blaze, but as dawn broke on Thursday the massive plume of smoke from the factory could be seen from several kilometres away.

As a result, schools in the area were closed to allow cleanup of the black soot in playgrounds, according to Pierre-Andre Durand, head of authorities in the Seine-Maritime (Normandy). Schools and nurseries were also closed in 11 communes to the north of the city – the direction the smoke was blowing. The toxic cloud travelled across other French regions, even reaching beyond the French border, to as far as Belgium, according to media reports.

A police investigation into the cause of the fire is underway, and there is currently a 500-metre cordon around the site.

The additives plant is designed as a “Seveso” site, named after the town of Seveso, Italy, the site of a devastating industrial accident in 1976 which saw high levels of the toxic chemical dioxin released into the air. The disaster prompted a Europe-wide approach to identifying and classifying high-risk sites. There are 1,300 Seveso sites in France, factories which have been identified as risky by authorities because of their “association with certain hazardous industrial activities.”

In January 2013, Lubrizol’s Rouen plant experienced a malfunction in one unit, leading to the release of emissions of mercaptan, a gas with a very strong, unpleasant odor. The local incident became national when the mercaptan odor first noticed in Seine-Maritime later spread from the English Channel to the Paris region.

The Rouen site employs approximately 300 people to manufacture additives for fuels and lubricants. 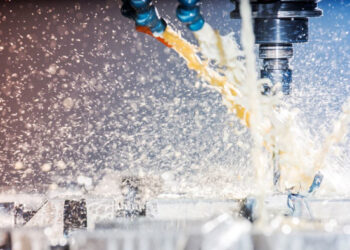