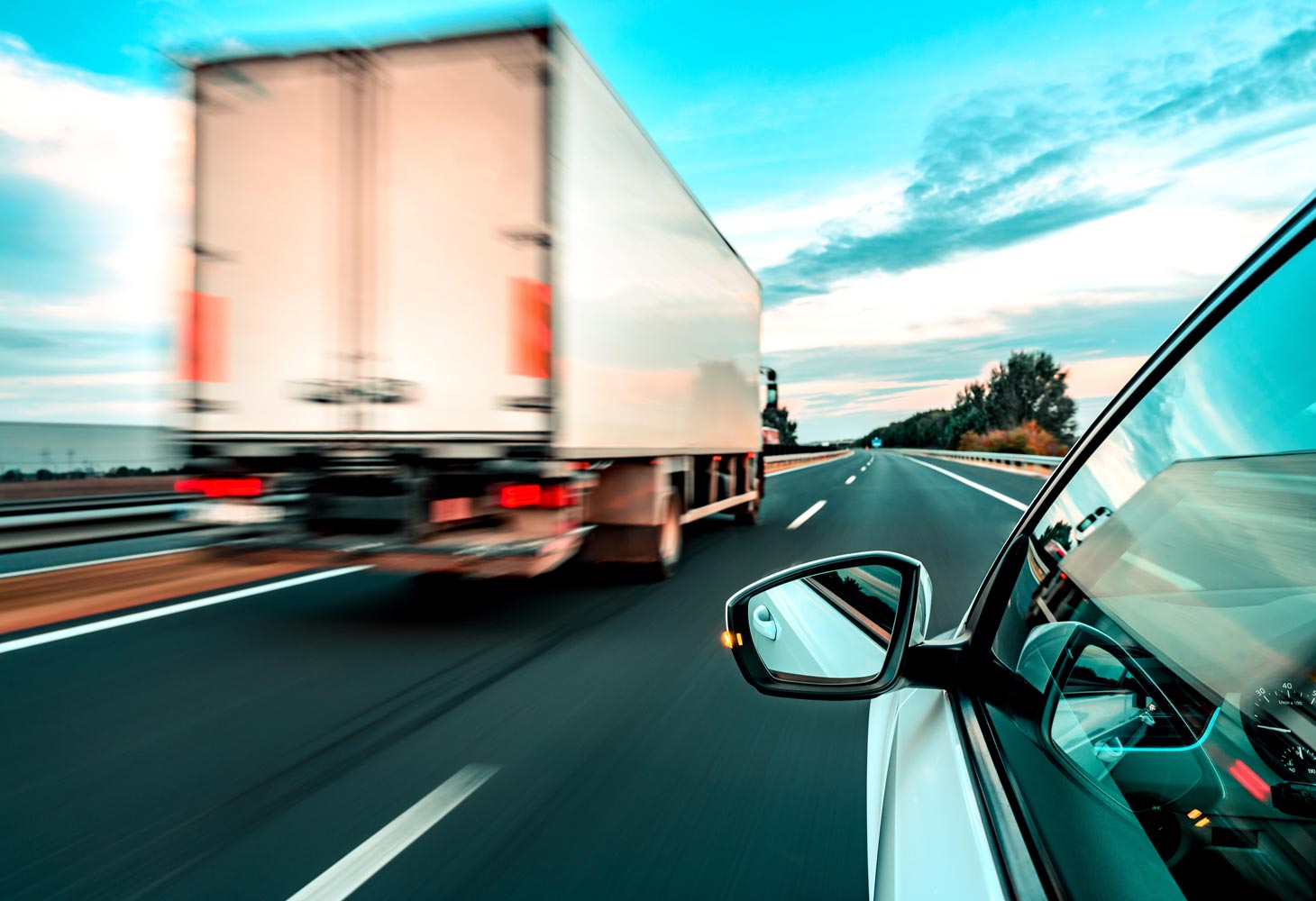 The European Automobile Manufacturers’ Association (ACEA) published the latest ACEA European Engine Oil Sequences on April 30, 2021. First allowable use commenced at the beginning of May, and the new specification will become mandatory for new claims from May 1, 2022. Updates to the Engine Oil Sequences include some stark differences to the previous standard. During the July episode of F+L Podcast, F+L Asia Ltd. Editor-in-Chief, Vicky Villena-Denton, had a conversation with Chevron Oronite’s Richard van den Bulk, to understand Europe’s new engine oil requirements.

ACEA represents the interests of 15 of the most influential European motor vehicle manufacturers. Among other things, the association is responsible for defining the specifications for engine oils, to dictate the baseline for engine oil performance. ACEA Engine Oil Sequences were first introduced in 1996, supplanting the earlier CCMC (Comité des Constructeurs du Marché Commun) specifications, with the preceding specification introduced on December 1, 2016. ACEA succeeded CCMC in February 1991 as the main lobbying and standards group of the automobile industry in the European Union.

Since their introduction 25 years ago, ACEA has published light-duty and heavy-duty specifications together. Heavy-duty vehicles’ needs are different, and thus require separate qualifications—referred to as “E” categories. The 2021 revision of the ACEA Engine Oil Sequences has split the light- and heavy-duty specifications for the first time, with only the passenger car or light-duty standards updated so far.

When the PCMO specifications were released, ACEA indicated that the heavy-duty standards would launch soon after, in June 2021. However, the limits for the important new OM471 Daimler durability test still need to be established as of July. ACEA has not provided revised timings, though a “delay of a few months is not unrealistic,” says van den Bulk.

ACEA Engine Oil Sequences incorporate a letter that indicates the class. The latest changes include the introduction of two new categories, that will mitigate Low-Speed Pre-Ignition (LSPI) and ensure wear protection and turbocharger deposit control, plus four new engine tests.

The two new categories are A7/B7-21 for High Sulphated Ash, Phosphorus and Sulphur (SAPS), and the Lower SAPS, C6-21. Van den Bulk explained that the “C” categories, which can be best remembered as standing for “Catalyst,” are newer categories developed for vehicles with aftertreatment devices. Aftertreatment can be sensitive to ash of burned metals and some chemicals found in fuels and lubricants such as sulphur and phosphorus.

Historically, categories A and B stood for gasoline and diesel, but they are now combined. The categories remain in use, as there are regions where there is either no requirement for after-treatment or the fuel quality does not allow it, says van den Bulk. The release of A7/B7-21 will support vehicles out in the field without after-treatment technology and enable the use of lower viscosity fluids. ACEA has also removed the A3/B3 and C1 categories from the marketplace to simplify decision-making for consumers.

One of the interesting aspects of the latest update is the inclusion of tests from the American Petroleum Institute (API) specifications which were developed by ASTM International, something van den Bulk believes is a “good development.” In the past, different tests in Europe and the United States have examined the same type of parameter. Developing robust new tests is time-consuming and expensive, so ACEA has taken the pragmatic approach of global alignment and cost reduction, says van den Bulk.

New tests for A7/ B7 and C6 include the well-known ASTM D8291 Sequence IX LSPI test—which was first introduced in API SN Plus—ASTM D8279 Sequence X for chain wear protection, and Toyota CEC L-114 to assess the lubricant contribution to turbocharger compressor deposits. The inclusion of the JASO M366 fuel economy test developed in Japan is only applicable to the C6 category. The 2021 update also includes the deletion of the CEC L-99-08 OM646LA Wear and CEC L-104-16 OM646LA Biodiesel tests.

Despite the use of API and ASTM tests, the limits are not necessarily the same, says van den Bulk. “Keep in mind that in ACEA the oils are protecting not only gasoline engines but it’s a combined specification to protect diesel engines,” he says. Diesel engines have additional requirements when it comes to soot handling and deposit control. If it seems complex, that is because it is, says van den Bulk. The Chevron Oronite representative considers the API specifications simpler and easier to understand. This is probably not surprising; the European government has a reputation for some of the most severe emissions legislation in the world with the European Commission already looking at the additional tightening of their limits.

Complicating engine oil matters further is the fact that OEMs have their own specifications. ACEA Engine Oil Sequences provide a baseline that different OEMs build specifications on top of. When oil marketers put out a product it can have both an ACEA and an OEM claim, he says. Engine oils are a highly technical product that can take five to seven years to construct. A development package may typically target multiple requirements and many different tests to develop technology for, says van den Bulk. As an additive company, we try to combine multiple OEM claims into one package, he says.

An increasing number of countries are banning the internal combustion engine (ICE). In Europe, Norway is leading the charge as it attempts to phase out fossil fuel vehicle sales from 2025. On July 14, 2021, the European Commission published its “Fit for 55” package of proposals to deliver on the targets agreed in the European Climate law. Ground-breaking regulation includes climate, energy, land use, transport and taxation policies to deliver a 55% reduction in greenhouse gas emissions by 2030. The Commission has proposed 2035 as the date the sale of new cars with internal combustion engines in the European Union should end.

Van den Bulk suggests politicians are being wooed by zero tank-to-wheel emissions and are not accounting for the full lifecycle impact of electric vehicles (EV)— particularly the energy-intensive battery manufacturing process.

With the increasing politicisation of the ICE, will this be the last of the ACEA Light-Duty Engine Oil Sequences? It is incredibly challenging for OEMs to meet carbon dioxide limits without investing in full EVs, says van den Bulk. And with future bans on ICE proposed in several countries around the globe, investment in new technology is challenging. Especially for the European market OEMs are questioning themselves “Why would you invest in future engines when in 10-15 years you can’t sell them anymore,” asks van den Bulk.

However, the Chevron Oronite representative says it is too soon to be drawn on whether this will be the last of the light-duty Engine Oil Sequences. OEMs and the industry are still thinking about future categories and are meeting with ACEA to discuss future needs, he says.

At this point, there has been no dialogue from ACEA on the development of specifications for EVs, says van den Bulk. Currently ACEA specifications continue to focus on combustion engines. EVs will require gear oils, transmission fluids, coolants, and brake fluids, though typically these are OEM specifications, says van den Bulk. He also highlighted concerns of a possible lack of support from the OEM side in future lubricant development in Europe because they might be driven to use their resources for EVs. 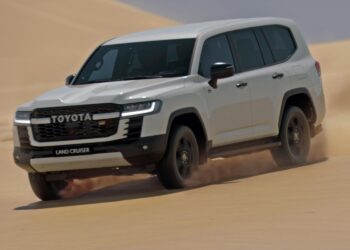 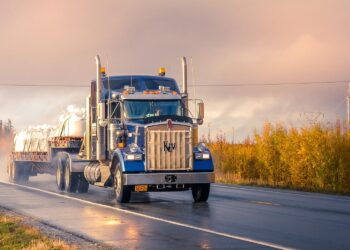