Alternative fuel systems for heavy-duty use

Heavy-duty vehicles are the fastest-growing segment of vehicles in terms of energy use in the United States. They account for up to 20% of energy use, and if left unchecked, they could surpass the energy use of light-duty vehicles by 2030 or 2040. Matt Spears of the U.S. Environmental Protection Agency (EPA) shared this statistic at the Integer Emissions Summit and DEF Forum in Chicago, Ill., U.S.A., in October.

The EPA’s Phase 1 and Phase 2 programs are officially known as the Greenhouse Gas Emissions and Fuel Efficiency Standards for Medium- and Heavy-Duty Engines and Vehicles. Phase 1 is the first set of standards for heavy-duty vehicles ever imposed, and will be fully phased in by 2018. Phase 2 has a proposed phase-in period between 2018 and 2027. It involves several updates, including improvements to the Greenhouse Gas Emissions Model (GEM), which is the EPA’s free software tool that manufacturers use to apply for certification.

Since it is difficult to predict what technologies will be available in the next decade, Spears said, the compliance pathway that the EPA has set is not mandatory. The benefits to Phase 2 compliance are reduction in greenhouse gas emissions and fuel savings, yet Spears acknowledged that it is a costly endeavor for manufacturers. Many of the audience members at this summit were in the business of developing and marketing affordable ways for manufacturers and fleets to meet EPA standards. Some of these focused on alternatives to the diesel engine altogether.

Hybrid systems are one possible solution, yet often the industry finds that its understanding of hybrids, especially in the heavy-duty sector, is still limited. Mihai Dorobantu of Eaton Corporation said that Eaton has sold about 7,500 of their hybrid power systems worldwide, mostly in China. Eaton’s hybrids use a traditional internal combustion engine, plus an electric motor or a hydraulic pump. The system recharges itself with regenerative braking. The best candidates for hybrid systems, Dorobantu said, are commercial vehicles that burn lots of fuel with frequent stops and starts, such as delivery trucks and city buses.

Dorobantu reported that Chinese authorities have seen an increase of nitrogen oxides  (NOx) emissions with hybrid engines, which should not be the case because a hybrid burns less fuel. [NOx is a main pollutant: it reacts with hydrocarbons in sunlight to form ozone and is a precursor to fine particulate matter.] Through examining California’s Hybrid Voucher Initiative Program and studies conducted by the U.S. government’s National Renewable Energy Laboratory (NREL), Eaton concluded that the direct relationship between fuel burned and NOx emitted only holds true if the aftertreatment system is working correctly.

“Powertrain transients are not well understood,” Dorobantu said. Hybrid engines spend more time in a high-speed mode, and right now, the industry needs to better understand these engines in their times of lower efficiency. One solution to this, he said, is powertrain testing, which would help quantify fuel and emission impacts of hybridisation.

“When you look at hybrids, you have to look at the whole picture,” Dorobantu said. In the world of class 3-5 vehicles, those that weigh between 10,001 and 19,500 pounds, hybrid diesel engines are oversized. Their flaw lies mainly in the fact that they produce much higher NOx emissions, requiring an aftertreatment system. Therefore, Dorobantu posited, could heavy-duty hybrids be better off with gasoline engines?

Eaton’s example of hybrid buses in China shows how the idea of heavy-duty hybrids in actual use is not entirely feasible yet. These buses, which are capable of traveling 40-50 kilometres in electric mode, have only 723 charging stations in the entire country on which to rely. Last year, the prime minister said this should increase to 12,000 stations in the future.

Kim Heroy-Rogalski of the mobile source control division at the California Air Resources Board (CARB), which often sets the standard for the rest of the United States in terms of emissions targets, said that it would be difficult to imagine meeting California’s targets without some zero-emission vehicles in the fleet. The California Integrated Plan for Addressing Climate Change is the California governor’s plan to reduce greenhouse gas emissions to 40% below 1990 levels by 2030. One of the pillars outlined to achieve this is reducing petroleum usage by 50% in vehicles.

Natural gas presents another alternative to the traditional diesel engine, one that could help the industry meet 2030 targets.Evan Schwarzbaum, CEO of American Natural Gas Solutions, remarked that 50 years ago, diesel was the new alternative fuel on the scene, and it was expensive. Once it reached a 10% market share, Schwarzbaum said, it became more affordable and widely used, and he predicts that the same will happen for natural gas when it reaches a 10% market share.

In the past few years, the number of compressed natural gas (CNG) fueling stations in the U.S. has seen steady growth, with more stations built than planned in 2012-2014. 2015, however, only saw about one-third of the planned stations built because diesel prices took a dive. “The diesel/CNG price spread is the key metric,” Schwarzbaum explained, with the ideal gap being around one U.S. dollar. In the fall of 2014, the spread was USD 1.50, and today it is closer to USD 0.50. The price gap is related to the amount of time that it would take to reach the “payback” for switching to natural gas, he said. With a USD 0.50 price gap, the payback period is about eight years, whereas a USD 1 spread has a three-year payback, he added.

Like hybrid and zero-emission vehicles, CNG-powered vehicles offer an alternative to the diesel aftertreatment systems that are becoming a larger part of the market. According to Schwarzbaum, Class 7 and 8 vehicles, which are the heaviest at more than 26,000 pounds have very low fuel economy, and therefore would be logical candidates for CNG fueling.

“There are all kinds of ways to reach emissions compliance within a diesel system,” Schwarzbaum said. “The question is, at what cost?” 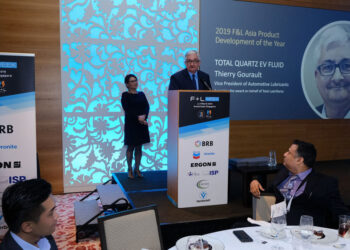 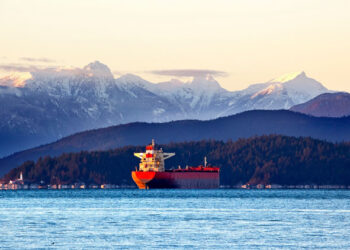