Central Pollution Control Board (CPCB) data from 2016 indicate that 41 out of 42 cities in India with a population of more than  one million have particulate matter (PM), or particle pollution, levels higher than the national standard. Pollution is an ever-present issue in India, with vehicles contributing 28% of PM 2.5 according to a 2016 Arai-Teri study. The Narendra Modi government is committed to improving air quality in India. In January 2016, the administration determined it would tighten emission standards with a shift to Bharat Stage VI (BS-VI) by April 2020.

The shift to BS-VI is not remarkable in itself. But what is notable, is the fact that India transitioned directly from Bharat Stage IV (BS IV) to the more stringent BS-VI standards, completely bypassing Bharat Stage V. India is the only country to make such a leap, and it achieved the feat in record time. A government mandate dictates that vehicle makers must manufacture, sell, and register only BS-VI vehicles from 1 April 2020. Perhaps even more remarkable is that the jump to BS-VI for motorised two- and four-wheelers was completed during Covid-19 affected times.

Understandably, a seismic shift in emission standards is an emotional issue. Concerns were raised of the ability of refiners to provide the requisite volume of 10 parts-per-million (ppm) ultra-low sulphur fuel, a drop from 50 ppm at BS-IV, and the capability of automakers to roll out compliant vehicles on time. Equally, there were fears over whether consumers would shell out their hard-earned cash for a more expensive BS-VI vehicle.

No doubt, the change has caused considerable pain for automobile manufacturers and dealers who have been unable to sell their stock of older BS-IV engines, with Covid-19 enforced lockdowns contributing to a slump in automotive sales at the most inopportune time. Unfortunately, you cannot make an omelette without breaking a few eggs. The Indian government has made it clear its focus is on lives over livelihoods with the BS-VI emission norms now in action.

Affordability of transportation is a central issue in India. The move to BS-VI is expected to have a significant impact on the attractiveness of diesel cars. Diesel emission norms are more stringent and expensive to meet, with additional costs flowing through into the cost of the vehicle. Also, BS-VI diesel vehicles require additional maintenance. Reports suggest India’s vehicle manufacturers are shying away from smaller diesel cars, though many expect larger multi-purpose and sport utility diesel vehicles will retain their popularity.

Now that the new emission standard has been achieved, against the odds, the world’s second-most populous country is turning its attention beyond BS-VI. Has enough been done to improve air quality? Should the current pace of change continue? Or does India need to slow down to allow OEMs to take stock?

BS-VI has delivered “huge reductions in tailpipe emissions,” says C.V. Raman, senior executive director (engineering) at Maruti Suzuki India. Speaking during a virtual meeting of the Centre for Auto Policy & Research (CAPR) on ‘Bharat Stage VI Emission Norms – 2025: the next tightening?’ on the 6th of August 2020, Raman outlined PM reductions of more than 50% for heavy commercial vehicles (HCVs) and 80% for passenger cars, compared to BS-IV levels. The Maruti Suzuki executive also noted NOx reduction in diesel passenger cars of 68% and an 84% decline in two-wheelers. Though, he observed that the PM 2.5 contribution by vehicles is still a matter of concern.

Much of India’s vehicle fleet is more than 10 years old. To reap the benefits of India’s shift to BS-VI customers must transition to this new technology. However, Covid-19 has weighed heavily on new car sales. “We need to prioritise the shift to BS-VI,” says Raman. Fleet renewal programs will accelerate this transition, he says. Unsurprisingly, the Maruti Suzuki representative advocates for the scrapping of older vehicles, especially commercial vehicles. Despite India’s best efforts, PM emission levels are expected to grow until 2035 due to fleet growth, according to the International Council on Clean Transportation (ICCT).

India follows Europe in adopting emissions standards. Dr. Adolfo Perujo, scientific and technical project manager at the Joint Research Centre, the European Commission’s science and knowledge service, provided a European perspective on India’s emissions progress. Perujo highlighted the opportunity to achieve additional reductions by closing some of the gaps between BS-VI and the final Euro VI specification, specifically the control of emissions in real operations. Our experience in Europe is that vehicles were often clean in the laboratory, but on-road performance did not improve to the same extent, says Perujo.

BS-VI does not fully adopt the Worldwide harmonized Light-duty vehicles Test Procedure (WLTP), or the Worldwide harmonized Light-duty vehicles Test Cycle (WLTC). On-board fuel consumption metres are absent and there isn’t full harmonisation of the real driving emissions (RDE) proposal, according to the ICCT. Europe continues to promote on-road performance with a future focus on performance monitoring over the entire lifetime of a vehicle slated for Euro VII.

Large policy intervention is required to restrain emissions growth in India. Perujo also highlighted the importance of focusing on policies that are acceptable for the present stage of technology. While India has made a giant leap forward in its emissions regime, ongoing regulations should be technology-agnostic and fuel neutral to enable sustainable long-term benefits, he says. 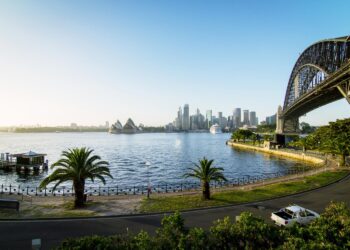