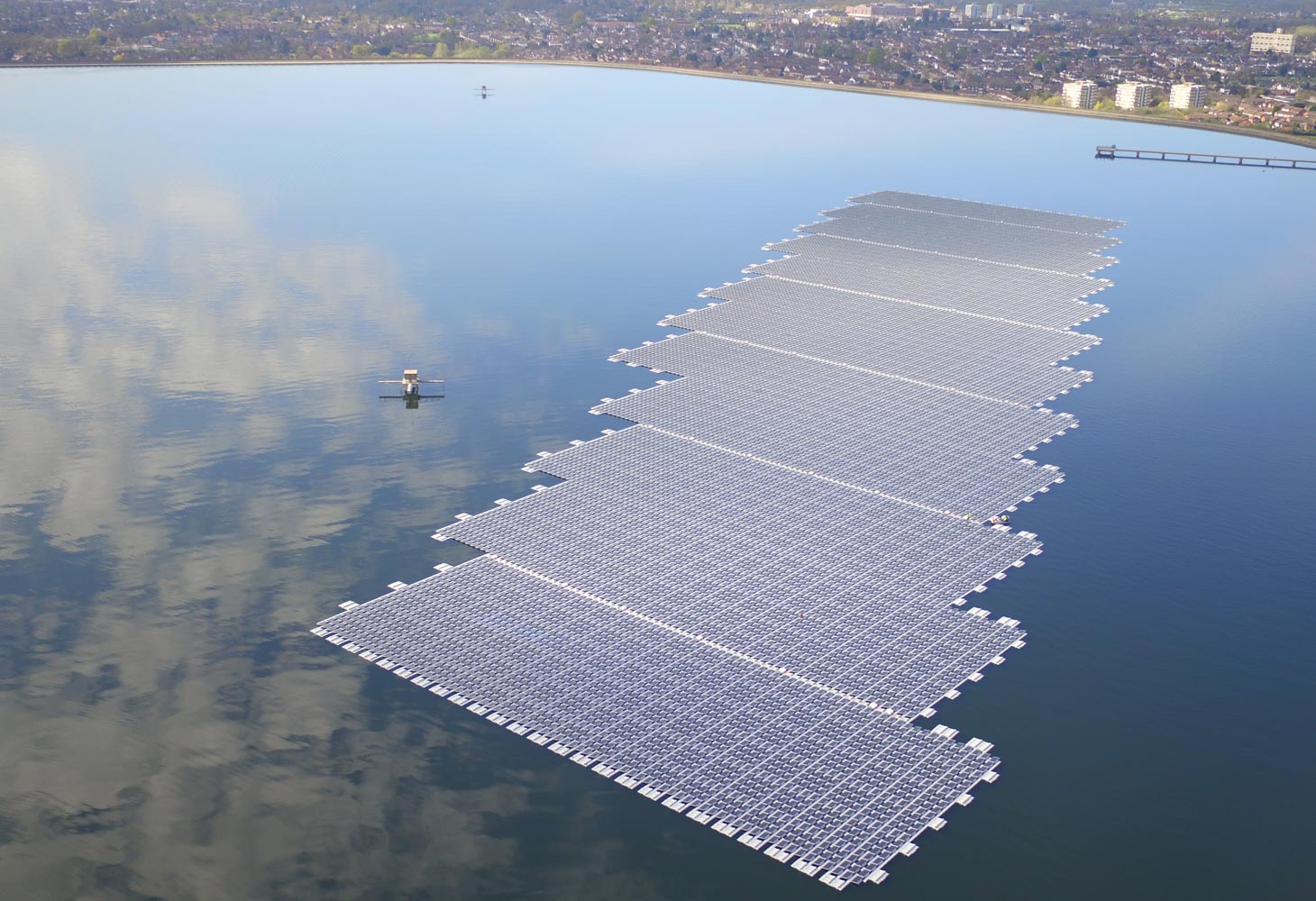 Oil and gas will be around for some time yet. But, with mounting investments into renewable energy to combat climate change, oil and gas industry players will need to respond strategically or risk becoming obsolete. Oil majors are beginning to focus their portfolios — divesting assets to improve cash flow and building a war chest for the impending battle. Many have announced strategic partnerships that will facilitate entry into a new energy future. Questions remain over how some players will respond to the looming clash of old and new energy. Will oil and gas companies strengthen their positions in countries where profitability and growth opportunities remain or accelerate efforts towards renewable energy?

Reliance Industries Limited (RIL) is India’s largest private sector company and holds diverse business interests across the oil, telecommunications, and retail sectors. RIL has enjoyed outstanding growth in recent years. In the quarter ending 31 December 2019, RIL eclipsed industry growth rates in diesel (11%) and petrol sales (15%). Industry growth rates were 0.2% and 7.1% respectively. India is expected to be the fastest-growing fuels market in the world over the next 20 years as passenger car volumes are predicted to grow almost six-fold.

RIL has recognised the opportunity for growth in fuel marketing. In July 2020, RIL announced a fuels and mobility joint venture (JV) with British multinational BP — Reliance BP Mobility Limited (RBML). BP paid USD1 billion for a 49% stake in the joint venture, which will operate under the “Jio-BP” brand. RBML harbours ambitions of becoming a leading player in the Indian market and has announced plans to expand its existing retail footprint of 1,400 to 5,500, as well as from 30 to 45 airports, within the next five years. The venture combines BP’s global experience in high-quality differentiated fuels and lubricants with RIL’s strong digital platform and presence in 21 Indian states.

A new oil-to-chemical (O2C) business unit will assemble RIL’s oil refining and petrochemical plants and manufacturing assets, and fuel marketing endeavours, including the JV with BP. Upstream oil and gas producing fields and the textiles business will remain separate. The separation of the O2C business into a separate entity allows for a possible stake from other companies. Saudi Aramco is in talks with RIL about a 20% interest. Mukesh Ambani, RIL chairman and managing director, has previously signalled a sale would be completed in early 2021.

With an undeniable opportunity for growth in the Indian fuels market, you could forgive RIL for focusing the bulk of its efforts on this enterprise. Nevertheless, Ambani has announced the aggressive timeframe of 2035 to transform RIL into a net-zero carbon company. Though, the company will remain a user of crude oil and natural gas, says Ambani.

In early 2020, Ambani told shareholders RIL will embrace new technologies that focus on recycling carbon dioxide and converting it into useful products and chemicals, and establishing clean and affordable energy via hydrogen, wind, solar, fuel cells and batteries. RIL’s Jamnagar Refinery is currently the largest in the world with a crude processing capacity of 1.24 million barrels per stream day. Ambani plans to transform the Jamnagar refinery from a producer of transportation fuels to chemicals. The process of converting carbon dioxide emissions into advanced materials and fuels has already started and a 2,000-acre development has been proposed adjacent to the Jamnagar facility for a crude oil-to-chemicals (COTC) complex.

RIL’s zero carbon aspirations are commendable. So, how do they compare to the energy transformation ambitions of other major oil and gas corporations? How will Big Oil navigate the tensions between traditional and emerging business lines and avail of the opportunities the energy transformation enables? And finally, how will organisations rebound from a brutal 2020, “the worst year in the history of global oil markets,” according to Fatih Birol, International Energy Agency (IEA) executive director.

BP, Shell, and Total have made major announcements on net-zero aspirations, renewable energy, and forays into the electric vehicle space. United States majors ExxonMobil and Chevron have communicated lower ambitions on carbon emissions than their Europe-based peers.

In April 2020, Shell outlined plans to become a net-zero emission energy business by 2050. The company is adjusting its existing businesses to meet changing demand in different countries and is reportedly looking to carve 40% off the cost of producing oil and gas to divert cash into the renewable energy and power markets. The British-Dutch multinational oil and gas company has been on a clean energy acquisition spree.

BP’s new Chief Executive, Bernard Looney, announced plans to become a net-zero company by 2050, in February 2020. The plan includes greenhouse gas emissions from its operations worldwide and the carbon in the oil and gas that it produces. According to its corporate website, BP intends to invest in and build renewable energy capacity of 20 gigawatts (GW) by 2025 and 50 GW by 2030.

In August 2020, it was reported that BP was preparing to sell a large chunk of its oil and gas assets — even if crude prices rebound after Covid-19 lows — to further its investment into renewable energy. French multinational integrated oil and gas company Total also announced its ambition for net-zero emissions in its worldwide operations by 2050, in May 2020.

Companies without ambitious emissions plans make headlines for the wrong reasons. In the U.S., Chevron and ExxonMobil have faced increasing pressure to join the other majors with a pledge to eliminate emissions.

Thus, in December 2020, ExxonMobil unveiled a plan to drive “meaningful near-term emissions reductions.” The company claims the plan supports the goals of the Paris Agreement. Notably, the strategy does not include a commitment to net-zero emissions. Bloomberg previously reported Darren Woods, ExxonMobil chief executive, as referring to net-zero emissions pledges as a “beauty competition,” implying they would do little to address climate change. ExxonMobil’s limited announcement does not represent a shift in strategy, and the company remains committed to expanding oil and gas production. The U.S. major has seen its market value plummet by USD184 billion since a 2014 peak.

Chevron Corporation so far has not committed to a net-zero target. Recently, its technology venture fund invested in a carbon capture technology startup Blue Planet Systems. The organisation’s goals to reduce net greenhouse gas emissions includes a 5-10% reduction in oil net greenhouse gas “intensity” by 2023, compared to 2016 levels. In October, ConocoPhillips became the first U.S. oil and gas company to announce a net-zero climate ambition. Conspicuously, the pledge ignores responsibility for emissions from the burning of its oil and gas products, which comprise around 85% of total emissions from an oil company.

Early movers do not always end up as the winners. Though, it is interesting to consider the mindset of the U.S. leadership in comparison to the pro-Climate Change political environment in Europe.

Consulting firm Rystad Energy has indicated that steps taken by the oil majors to focus their portfolios for the energy transition are too small. A 2020 Rystad Energy study of the geographical spread of ExxonMobil, BP, Shell, Total, Eni, Chevron, ConocoPhillips and Equinor indicated that the companies may need to divest an estimated USD111 billion in oil and gas assets, as they prioritise countries with growth potential. The majors may exit 203 country positions, according to the report. The U.S. has the greatest growth potential due to the shale revolution. However, in many countries, only one major is likely to stay, they suggest. Divesting resources would free up funds to invest in renewables — if that is the strategic focus. Though, deal-making remains difficult in the current economic climate.

Investors are threatening to create further instability in an already volatile market. Increasingly, investors are dumping fossil fuel companies from their portfolios. Dutch asset manager Robeco is excluding companies that derive 25% or more of their revenues from thermal coal or oil sands, or 10% from Arctic drilling. The University of Oxford, who manages an endowment fund of GBP2 billion (USD2.7 billion), announced it was cutting ties to the fossil fuels industry in April 2020. Norway’s USD1.1 trillion sovereign fund announced in October 2019 that it will divest companies solely dedicated to oil and gas exploration and production. A Danish pension fund for academics, MP Pension, has blacklisted 10 of the world’s largest oil firms as it looks to “secure long-term investment returns.”

Investments in fossil fuel projects are becoming less popular, making it increasingly difficult for companies to raise new capital. However, some analysts believe the move will have limited real impact on day-to-day operations as oil companies focus their portfolios to improve cash flow, efficiency and competitiveness. 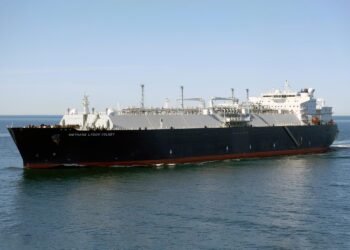