U.S. aerospace giant Boeing announced in December that it has completed a flight using green diesel from Finland’s Neste Oil. The test aircraft, a 787 Dreamliner ZA004, flew on a blend of 15% green diesel and 85% conventional jet fuel in the left engine. The fuel was blended by EPIC Aviation, and Boeing coordinated with the U.S. Federal Aviation Administration (FAA) and engine makers Rolls- Royce and Pratt & Whitney on the test.

Green diesel —which is a generic term, not a brand name— has seen use in ground transport but not in aviation. It is made from vegetable oil, animal fat and waste cooking oil. Due to government incentives, its price is closer to conventional jet fuel than other renewable jet fuels. Although it is widely used in trucks, Boeing has found that it has similar chemical properties as aviation fuel, mostly because it contains paraffins.

According to a Boeing spokesperson, green diesel is processed to a higher standard than regular biodiesel. It also reduces carbon emissions by 50-90% as compared to fossil fuel, according to Neste Oil.

There is no requirement as to where fuel needs to be blended in ASTM D7566 – Standard Specification for Aviation Turbine Fuel Containing Synthesised Hydrocarbons. The blending location will vary by airport, said the spokesperson. The standard does mandate that the fuel be retested after blending to ensure that it still meets the ASTM specification.

According to a Boeing spokesperson, the company has been working with the aviation community toward the inclusion of an aviation biofuel that will be produced with a 50% blend of hydro-processed esters and fatty acids (HEFA) in the international standards ASTM D7566 and United Kingdom Ministry of Defence DefStan 91-91. Approval for the 50% blending of HEFA has been granted. Green diesel is similar to HEFA-processed fuels, so the acceptance of a 50% blend of the HEFA fuels into international standards could be a step toward approval for green diesel as well.

The practicality of biofuel use is challenged by two main factors, Boeing’s spokesperson said, which are limited supply and a high per-gallon price as compared to conventional jet fuel. Because some airlines’ fuel costs take up as much as 40% of their budgets, it is not yet practical for all users. Green diesel is already widely produced in the U.S., Europe and Asia. Accordingly, “there is no need to create a new supply chain from scratch,” the spokesperson said.

With production capacity of 800 million gallons (3 billion litres) in the U.S., Europe and Asia, green diesel could rapidly supply as much as 1% of global jet fuel demand. But, with a wholesale cost of about USD3 per gallon, which is inclusive of U.S. government incentives, and the recent sharp drop in crude oil prices, petroleum-based jet fuel now has a huge price advantage over green diesel.

Green diesel will be included in the international standards upon ASTM’s evaluation of the fuel, which will be based on several technical factors, the spokesperson said. However, it remains to be seen as to when as well as to what percent of the green diesel will be allowed in the blend.

Mike Carriker, the chief pilot for new airplane product development at Boeing Test & Evaluation, said that the test aircraft performed exactly as it should, “just as it does with conventional jet fuel.” A test is deemed successful if the fuel behaves exactly like or better than 100% petroleum-based aviation fuel. The next series of tests will involve both, not just one, of the engines. 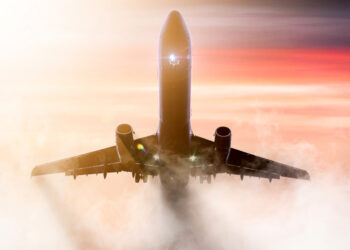 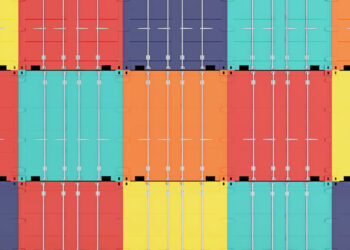