Cascade approach to a sustainable society

Besides the common myth that biomass upgrading is easy, as the recent failure of KIOR shows, biomass upgrading to tangible or high-value products is a challenging science. Making the conceptual design of the future bio-refinery is a herculean task, which essentially revolves around replacing a 100-year-old petroleum industry.

Not only do practitioners and developers of new technologies have to break down the complex and highly variable biomass mixtures efficiently, they also have to contend with numerous, other equally (and oftentimes more) important considerations such as oil price volatility, process safety, recycling of solvents/catalysts, process economics and a multitude of engineering/ technology considerations.

The power of the bio-refinery concept is supported by economies of scale and efficient use of all bio-resources. A key aspect of a bio-refinery is the imbalance between commodity chemicals and fuels. The imbalance is often due to high expectations on deliverables on the bio-fuels front. Using the petroleum industry as an illustrative example, about 5% of total petroleum output from a conventional refinery goes to chemical products; the rest is used for transportation fuels and energy. At present, the value of biofuels is such that only large bio-refineries are likely to be economic except in special circumstances. Large bio-refineries require large capital investments and thus represent a large commercial risk. However, there are strategic reasons that make it desirable for some companies to enter the bio-fuel market. A case in point is DuPont’s large cellulosic ethanol facility that is scaled to the biomass that can be collected within 30 miles of the plant.

Although the revenue from bio-fuels generated from bio-refineries is relatively low, some of the chemicals that form components of these fuels are of high inherent value. Therefore, any new strategy towards extraction of chemicals from product streams to create components of high value would be highly desirable as this will help narrow the unfavorable split between capital expenditures (CAPEX) and operating expenses (OPEX). Obtaining meaningful metrics are a sine qua non for assessing the sustainability of different processes to produce basic chemicals in the bio-refinery of the future. It is this inherent “valley of death” between early stage research and commercialisation that requires intervention, especially outside the bio-fuels space (sustainable chemicals, biomaterials, fibres, etc.). The traditional factors and atom economies are not enough for comparing petrochemical and bio-based routes to commodity chemicals. A thorough techno-economic analysis should be performed to evaluate such data extraction procedures with existing metrics, without which it would be impossible to fully utilise the potential of the underlying bio-refinery approach and maximise its chances of commercial success.

For a pictorial view of the “Qualitative Value versus Volume Curve” for different materials, markets and industries see Chart 1. It is clear that a well-planned bio-refinery should allow transitions from one curve to the other. Simply put, a bio-refinery should be versatile. Industrial bio-refinery opportunities are more attractive when chemicals are included. Examples range from bio-based polymer precursors, lubricants, additives, etc. While bio-fuels occupy a big chunk on the deliverables, a thoroughly sustainable and profitable system would allow utilisation of more tangible chemicals (low volume–high value).

Preferably, the products generated are indistinguishable from their petroleum counterparts, or at least could be processed further with existing refining technologies. Benefits of non/low-oxygenated products (for fuel applications) include (1) higher energy content than alcohols or ester-based fuels (such as ethanol or fatty acid methyl esters), (2) excellent combustion quality, similar to Fischer-Tropsch fuels (low soot and high cetane number), (3) good low-temperature properties (lower viscosity, freeze point, pour point and cloud point), and (4) good thermal stability, storage stability and material compatibility. In view of this, attention has shifted to catalytic processes in which oxygen is eliminated as water/carbon monoxide/carbon dioxide, to produce oils that are entirely fungible with fossil oils.

Chart 3. Cascade Approach to Production of Hydrocarbons from Biomass (fuel or fuel additives highlighted in pink).

Indeed, the statements here are validated by significant interest in developing technologies for drop-in biofuels, such as Hydrotreated Renewable Jet (HRJ) and non-esterified renewable diesel (NERD). Recent industrial examples that show the utility of such concepts, and are operating at full scale, include Neste’s NExBTL™ and UOP/Eni’s Ecofining™.

The main components of biomass resources typically are lignin, cellulose, hemicellulose and minerals, with C-O and C-C bonds forming the basis of their polymeric backbone. The underlying chemistry that allows for the controlled removal of oxygen, effectively converting carbon-oxygen bonds into carbon-hydrogen bonds is of paramount importance.

One of many typical reaction cascades that might produce fuels (hydrocarbons) is shown in Chart 2. Such reaction cascades can be steered with a low pressure of hydrogen gas or an efficient catalytic hydrogenation. Hydrogen can be supplied, in part, by water for hydrocarbon cracking, as well as hydrolysis of esters followed by decarboxylation. If the external H2 cost is added in upgrading biomass, it is clear that production costs will be higher, leading to a higher CAPEX. This is not competitive with the current cost of fossil-based hydrocarbons. The good solubility of hydrogen in water, and the phase separation between the aqueous phase and the hydrocarbons produced further endorses water as a reaction medium. The presence of water serves as a reactant, catalyst and solvent for typically acid- or base-catalysed reactions. Water also functions as an effective heat-transfer and catalytic reaction medium. A schematic of the cascade reaction is shown in Chart 3.

For every oxygen removed, two hydrogen atoms are lost in the form of water or one carbon atom as carbon dioxide or carbon monoxide, thus losing energy density, resulting in a maximum theoretical yield (to fuels) in the vicinity of 40% depending on the biomass source.

How does this translate to a bigger picture?

Consider the recent venture between Australia’s Licella and Canada’s Canfor. Licella uses the Cat-HTR platform (also known as Hydrothermal Upgrading or HTU) to convert a variety of low-cost, non-edible biomass into stable bio-crude oil, which can be refined at a conventional refinery into bio-fuels and bio-chemicals. Licella’s Cat-HTR can theoretically process any form of ligno-cellulosic biomass, without the need to dry the feedstock prior to processing. In essence, Licella’s technology can be summed up in Chart 4.

Some commercially relevant chemicals are shown in Table 1.

Licella’s recent partner, Canfor Pulp, owns and operates three mills in Prince George, BC, Canada, with a total capacity of 1.1 million tonnes of Premium Reinforcing Northern Bleached Softwood Kraft Pulp and 140,000 tonnes of kraft paper, as well as one mill in Taylor, BC, with an annual production capacity of 220,000 tonnes of Bleached Chemi-Thermo Mechanical Pulp.

If we assume that all 1.46 million tonnes of Canfor biomass is converted using the Licella process, it would yield 657,000 tonnes per year of bio-crude, with a heating value of between 30 and 35 MJ/kg, suggesting that the resulting bio-crude from the Licella process has to be refined further, adding to the overall CAPEX. The rest of the biomass would be either converted to gas, water or organics as described above. While the volume of bio-crude using the Licella process is far from replacing its fossil-based counterpart, it provides a step in the right direction. A venture into aviation fuels would be out of the picture given the sheer volume required by the aviation industry.

To conclude, at today’s average crude oil price of around USD 50 per barrel, this means that a bio-refinery would need to match this economics to be a success. While the cost of biofuel production in the U.S. are somewhat mitigated by credits, in most of the world, this is simply not viable. While only a handful of start-ups in the field have managed to stay ahead of the curve while creating and capturing economic value, to be a real world success, capturing and capitalising on the low-volume of high value bio-based chemicals would be a highlight that simply cannot be ignored. Bio-based chemicals just might be the leverage a bio-refinery start-up requires to be successful commercially. 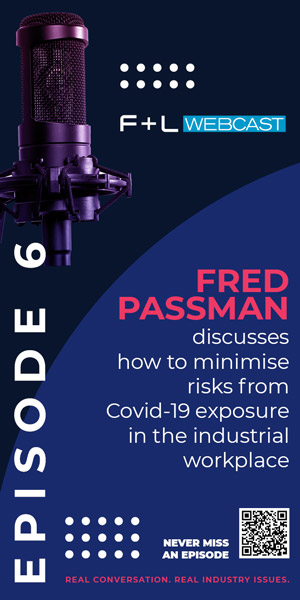 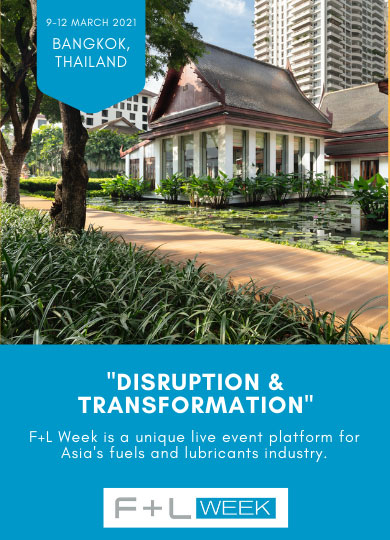