F+L Magazine spoke with newly elected President Y.D. Wu about the role of SLTA. Wu was elected in August 2017 and is the first SLTA president from a private member company; the leadership previously was dominated by local behemoths Sinopec and PetroChina.

Wu is also co-founder of Shanghai NACO Lubrication Co., Ltd, one of the leading suppliers of synthetic base stocks in China. NACO was incorporated in Pudong, Shanghai in 2003 with a focus on developing polyalphaolefin base stocks with its own patented technology. The company currently owns two manufacturing plants, in Shanghai and Shanxi province.

Research and advancing the industry through education and training are two primary responsibilities of SLTA. The association plays a vital role in administering technical qualifications for lubricant industry staff, and in the dissemination of news, market information, government policies and law reforms — through their independent website and the monthly Shanghai Lubricants Information Bulletin.

As president of the leading regional trade association in China, and part owner of a private synthetic base stock and finished lubricant producer, Wu is uniquely positioned to assess the state of China’s lubricant industry. In the past 30 years, China has changed quickly every year, he says, citing several key developments that have heavily impacted China’s lubricant market.

While in no way unique to China, Wu acknowledges that the internet and social media have piloted tremendous upheaval in the market landscape. The technology allows companies to quickly develop a reputation, or just as quickly destroy it. “If you are good, many people will know… but if you are bad many people will know also,” says Wu. Prior to the worldwide web, Wu suggests there was limited opportunity for smaller companies — as big business dominated. Now everyone has a chance, he asserts.

Clearly the internet is about more than just reputation management, unlocking a multitude of new sales distribution platforms, even for a B2B company such as NACO. NACO uses Alibaba and JD.com for selling finished lubricants, though again the channels are not simply about generating sales. Wu stresses the importance of collecting feedback from satisfied customers. In two years they have claimed 2,000+ reviews on Alibaba — a striking endorsement of their product’s performance. No doubt this approach generates an element of conflict with traditional distribution channels. “They don’t like it,” says Wu of his offline distributors. NACO circumvents these issues by offering entirely different brands for online and offline.

Another key development is convenience. China is a “do-it-for-me” market. Young people go to a professional to service their vehicle.  Often, in the preliminary period of vehicle ownership, they avail of a free service arrangement from their dealer, before shifting business to smaller, local, and perhaps cheaper, operators. How- ever, it is the emergence of mobile car servicing that is an interesting development in China, says Wu, which has potential for scale.

In three years, a local mobile car servicing company, of which NACO is a key base oil supplier, has grown from an idea to USD 10 million in annual sales and 500 workers. Wu theorizes such a service could create a divergence in small city versus large city markets.

The bundling of car servicing with other traditional amenities is a related development. Car insurance is now being sold in China, together with a free vehicle oil change. Wu says one insurance company alone has 30 million customers.

Electrification is a hot topic the world over, though the NACO founder laments the acceleration of electric vehicles in China, citing concern over charging infrastructure. Finding a place to charge can be exasperating. “It’s difficult, too much traffic,” he says. Further, electricity in China is generated primarily from coal, which is not clean.

Regardless, the Chinese government is aggressively championing electric vehicles, and Wu predicts that within 10 years passenger cars could become electric. Manufacturers need to shift from passenger car engine oils to heavy-duty, where the road to electrification is perhaps less straightforward and there is more opportunity, says Wu.

Despite the status of electric vehicles, engine oil performance standards remain of critical importance in China. By the end of 2020 China will have their own heavy-duty specification, D1-2019, a notable development for the industry.

But will the new specification become part of GB — China’s national standard? Wu advises the completed standard will be given to the central government to decide. Interestingly, though GB specifications are based on the American Petroleum Institute’s (API) engine oil licensing and certification system, the current standard in China is not equivalent to the latest API specification. However, Wu does not see any move to update China’s GB standard as forthcoming, citing cost and complexity as potential stumbling blocks.

Counterfeiting of products is a sizeable issue throughout Asia. In China, traders are still seizing the opportunity to fake products, and counterfeit merchandise is becoming increasingly difficult to distinguish. However, Wu believes this may be changing. Multinationals such as Shell and ExxonMobil have made a concerted effort to tackle the problem. More importantly, the Chinese consumer is increasingly concerned about reputation, says Wu.

SLTA doesn’t play an active role in combatting counterfeiting, though Wu confirmed a number of significant plans for the association during his presidential term. 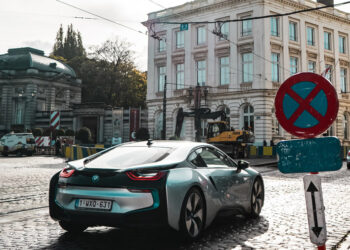 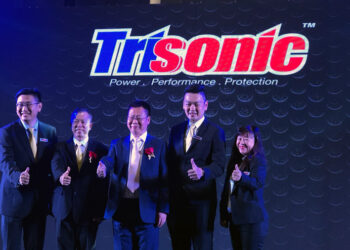