The single largest barrier to the adoption of electric vehicles (EV) is the cost of the battery, followed closely by perceived disadvantages relating to a vehicle’s driving range. Manufacturers have made huge advancements in battery technology in recent years including cost reductions, increased energy density, faster charging, longer lifespans and a transition to more environmentally friendly materials. Nevertheless, one of the lasting challenges of EVs is the ability to effectively cool the battery to minimise its degradation and improve safety.

Battery Thermal Management Systems (BTMS) are critical to maximise the performance and lifetime of a lithium-ion battery and to reduce the risk of thermal runaway—a phenomenon in which the lithium-ion cell enters an uncontrollable, self-heating state. Thermal runaway can result in extremely high temperatures; ejection of harmful gaseous, liquid or solid products; smoke and fire explosion.

Overheating is a key accelerant of battery degradation. Batteries are highly sensitive to temperature thermal gradients and non-uniform current flow, which can cause unwanted strain on the cells, side reactions and degradation. In the short term, this can limit power availability and reduce usable capacity. Long term, cell degradation can have a detrimental impact on the lifetime of a battery pack. In a 2016 study by Hunt et al., uneven current flow causing heterogeneous degradation was shown to reduce the lifetime of a battery cell by 65%.

Almost all large battery packs feature an active cooling system to homogenise temperature within individual battery cells and maximise performance. Air cooling systems have long been popular due to their low cost, low weight and ease of maintenance. Today, most original equipment manufacturers (OEMs) use some form of indirect cooling system where a cooling fluid runs through a network of pipes or cooling plates adjacent to battery cells—to encourage heat transfer and uniform temperature distribution. The most common fluid used in these systems is a mixture of water and ethylene glycol.

Indirect cooling requires an intricate design of piping and additional componentry. The complicated architecture means there is limited contact with battery cells and there are constraints on heat transfer capability and cooling performance, says Lawrence Wang, Asia Pacific business development manager, Future Mobility, at Lubrizol. This restricts the ability to remove heat for quick charging or in a high-performance vehicle, he says. Lubrizol, headquartered in Wickliffe, Ohio, U.S.A., is an industry leader in providing formulated fluid solutions and has more than 30 years of experience in the heat transfer industry.

Fast charging creates extra challenges for the hardware and fluids used in thermal management systems. As OEMs move to higher battery power and energy densities, and as high-speed charging becomes more prevalent, the cooling architecture for EVs will need to change, says Wang.

Direct immersion has emerged as one of the most promising BTMS. By using a highly specialised dielectric heat transfer fluid you can submerge the entire battery pack in the fluid—effectively managing increased heat from high-speed charging while also helping prevent the propagation of thermal runaway. This approach improves heat transfer and provides a more uniform cooling effect across the entire battery pack.

Today, the application of immersion cooling in EVs is very niche—limited to motorsports and hypercars. “As OEMs become more comfortable with the technology and fully understand the benefits, we believe adoption will increase and extend to middle and high-end cars in countries where fast charging facilities are widely available,” says Shawn Jarecki, director of e-mobility at Lubrizol.

Last year, French Multinational energy company TotalEnergies applied immersion technology to a road-going car for the first time—a Volvo XC90 plug-in hybrid. “The project allowed us to directly demonstrate the performance of our products,” says Gérard Quoirin, product engineer battery fluids & battery specialist, TotalEnergies. The results were immediate: faster charging, better cooling, enhanced safety and lower cost and mass without needing to modify the design of either the battery or the vehicle.  Potential of the onboard charger increased from 3.7 kilowatts (kW) to 22kW and the cooling capability was seven times more effective.

Quoirin predicts that immersion cooling for lithium batteries will be a key technology of the future. It perfectly addresses the challenges of the next generation of electric cars, whose batteries are expected to be more powerful, safer and longer lasting. “Very efficient cooling will be absolutely necessary and only immersion technology can meet these challenges,” he says.

Lubrizol believes the largest single barrier to the adoption of immersed cooling in EVs is fear of the unknown. Submersing the hardware or controls in a continuous bath of fluid introduces a different set of challenges around safety, hardware design, material compatibility, fluid durability, electrical and thermal conductivity. Industrial tools are another key barrier, says Quoirin. The manufacture of modules and batteries has been validated for a long time. Cooling immersion forces a deep redesign of these elements and, consequently, new tooling, he says.

There is currently no consensus on system design with a range of immersion cooling setups and differing degrees of submersion, flow and fluid regimes. However, Lubrizol foresees increasing standardisation once immersion cooling becomes more widely adopted and OEMs look to achieve economies of scale.

In many instances, a fluorinated product is used. These fluids are associated with high global warming potential—so are not a sustainable long-term solution, he says. Jarecki also highlighted concerns about the safe handling of these materials. Currently, OEM research is more focused on single-phase immersion cooling fluids.

Some literature has underlined the higher cost of immersion cooling fluids, alongside concerns around weight penalties, material compatibility and system lifetime uncertainties. Jarecki warned against making direct pricing comparisons between fluids and emphasised the simple design of immersion cooling systems compared to other cooling methods.

By reducing the number of parts, building a battery pack becomes less expensive. In today’s EVs, battery packs tend to be larger than necessary, which drives up production costs and limits cargo capacity. If we can improve heat dissipation there is potential to shrink the battery itself, says Jarecki. Smaller batteries cost less to manufacture and OEMs can pass the savings on to the consumer. Moreover, less weight helps to increase the overall efficiency of the e-powertrain, therefore preserving the battery’s range whilst downsizing.

Although OEMs are in the early stages of testing immersion cooling in production vehicles, indications are that this technology will eventually become standard for most EV battery-cooling systems. Its cost-effectiveness, combined with its safety profile, make it the logical choice for EV OEMs in the future, says Jarecki.

Immersion fluids play a critical role in cooling efficiency and thermal stability, but unanimity on fluid selection is also yet to be determined.

According to Lubrizol, an “ideal” immersion cooling fluid offers wide material compatibility, thermal performance, safety, a higher heat transfer coefficient and lower density. Immersion cooling fluids must be electrically insulating to limit electronic leakage issues during contact between the battery and fluid. They also need to have sufficiently high flash points to ensure safe operation and minimal fire risk. With immersion cooling expected to garner significant support alongside the rise of EVs, there is also a need for fluids that are available in high volumes. The most important aspect of the fluid is that it is tailored to the needs of the OEM. Through close collaboration with OEMs and Tier 1 suppliers, Lubrizol was able to effectively formulate a fluid that offers wide material compatibility, while maximising the safety of the system and providing excellent thermal performance.

Quoirin emphasised the importance of a low-viscosity fluid to make it easier to circulate and for the fluid to be as neutral as possible to preserve our environment. TotalEnergies is the only company presenting a negative carbon footprint, 100% biodegradability and very high stability at high temperatures without human hazard, he says.

Candidate fluids for immersion cooling include hydrofluoroethers, hydrocarbons, esters, silicone oils and water-glycol mixtures. Several companies offer hydrofluorocarbon-based (HFC) fluids for this application. These fluids tend to be extremely expensive and are coming under increased scrutiny from a regulatory perspective. Widespread adoption of hydrofluoroethers is unlikely in immersed cooling solutions, says Jarecki.

Hydrocarbon-based fluids are a worthy option due to their lower cost, low toxicity and adequate working temperature range. Lubrizol anticipates there will be a broad range of different base fluid options employed in what is going to be a “very competitive space.”

The conductive characteristics of water mean water/ethylene glycol-based coolants are not typically suitable for immersion cooling. There has been some interest in academia around encapsulated system designs where batteries can be electrically isolated to permit the use of water/ethylene glycol-based coolants. However, Jarecki believes we are less likely to see this coolant used in immersed technology. Even in indirect cooling, some OEMs are evaluating dielectric fluids out of fear the fluids will leak into the system, he says. 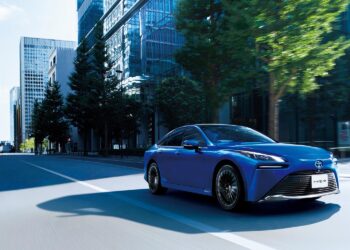