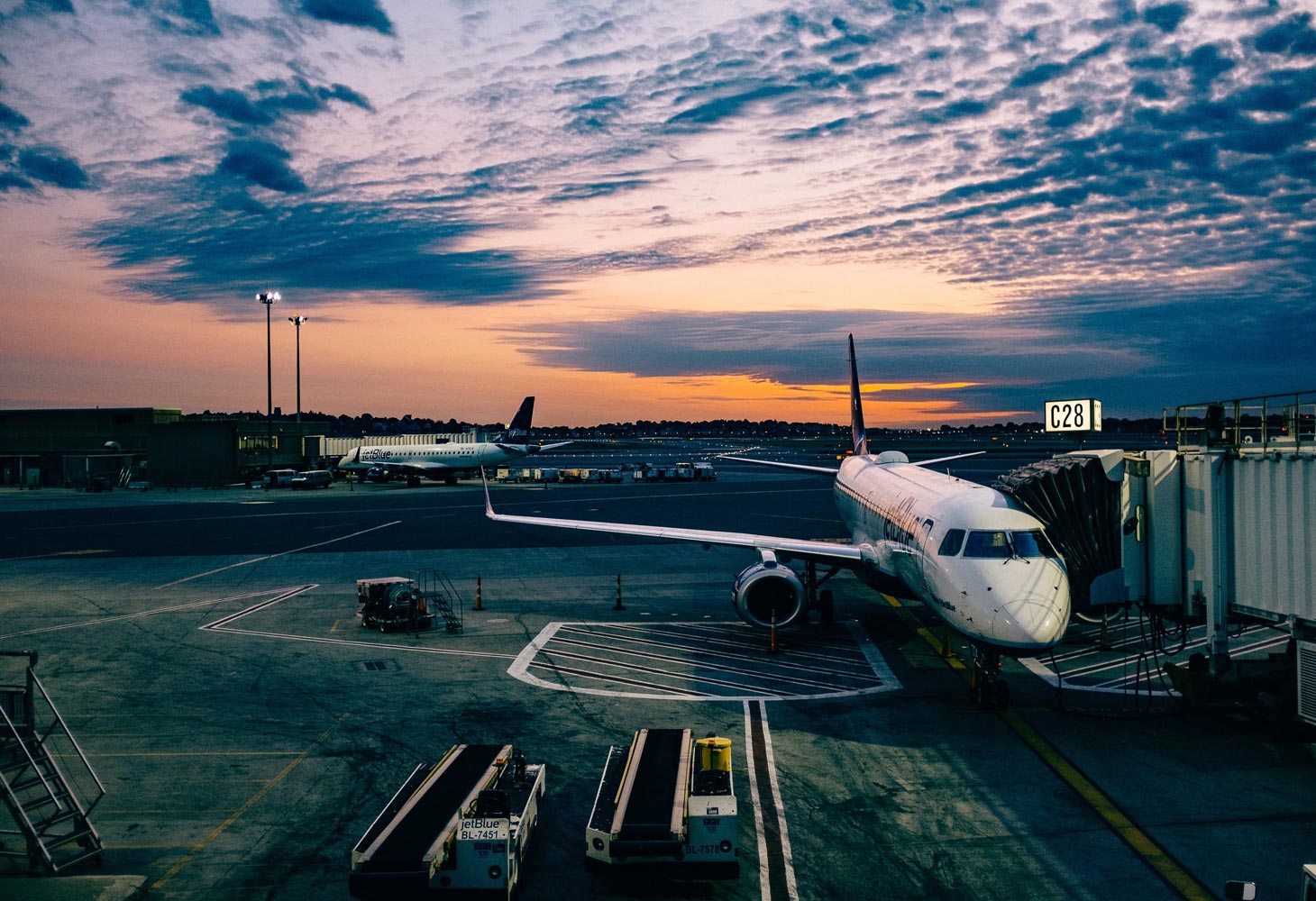 The path to decarbonising the power sector is relatively well defined. Governments throughout the world have focused their attention on the power sector first, with renewable energy sources such as wind and solar set to play a key role. Speaking at the IRENA Insights Webinar Series on 17 November 2020, Paul Durrant, end-use sectors & bioenergy, International Renewable Energy Agency (IRENA), said that the increasing scale of renewables and dramatic cost reductions have delivered a “credible, cost-effective pathway towards fully decarbonising power production.” Renewables may contribute up to 90% of the required emissions reductions in the sector, according to IRENA.

Restricting global temperature rises to the ambitious target of 1.5 degrees above pre-industrial levels will be extremely challenging. Annual energy-related carbon dioxide (CO2) emissions need to decline by at least 70% from today’s level, by 2050, says Durrant. This aggressive end game requires emissions to be eliminated not only in the power segment but in all sectors of the economy. The pathway for the heavy industry and long-distance transport end-use sectors is far less clear, he says.

IRENA has 162 member countries. Its role is to support nations in the transition to a sustainable energy future. November’s webinar focused on innovative solutions for the energy-end-use sectors of transport and industry, off the back of a recently released IRENA report Reaching Zero with Renewables.

Based in Bonn, Germany, Durrant joined IRENA in 2018. His team is focused on accelerating the role of renewable electrification and bioenergy in decarbonising the end-use sectors of industry, transport, and buildings. Durrant achieved a doctorate in nuclear physics from the University of Southampton, in the United Kingdom, in 1998.

Seven energy-intensive sectors across transport and industry are extremely challenging to decarbonise. In the industrial sectors, iron and steel; chemicals and petrochemicals; cement and lime; and aluminium are proving difficult. Road freight, aviation and shipping are the problem children of transportation. Unless we see major policy changes, these seven sectors will account for 38% of energy and process emissions and 43% of final energy use by 2050, says Durrant.

Durrant cited a lack of progress in heavy industry and long-haul transport — noting the low share of renewables. Increasing societal recognition of climate change and a “phenomenal” drop in the cost of renewables offers a glimmer of hope. New potential solutions are emerging, yet many have not reached the level of commercial maturity required for widespread adoption. We also need a greater understanding of what the best energy mix is. Some current emissions reduction initiatives are not aligned with the end goal of reaching zero and may delay the result, says Durrant.

It is increasingly evident that renewables will play a major role in decarbonisation. More than 54% of emissions reductions required can come from renewables directly, says Durrant. The IRENA representative highlighted five key emissions abatement measures for the difficult to decarbonise sectors including the direct use of clean (predominantly renewable) electricity from solar, wind, ocean and geothermal energy; the direct use of renewable heat and biomass; indirect use of clean electricity via synthetic fuels and feedstocks; and reduced demand and improved energy efficiency. There will be a role for carbon capture, utilisation and storage (CCUS), although the role will be smaller than other analysis suggests, says Durrant. Greater urgency is required around the exploration of key emissions reduction measures.

90% of energy in transport comes from fossil fuels. In 2017, road freight, aviation, and shipping were responsible for 11% of global CO2 emissions. Under current policies, IRENA anticipates the share could grow to 15% by 2050. Only a small proportion of the currently conceived options are consistent with a zero CO2 emissions objective — battery electric vehicles (BEV), fuel cell electric vehicles (FCEV) and advanced biofuels. Carlos Ruiz, end-use sectors at IRENA, highlighted the hesitance of companies to invest due to a lack of confidence in which technology will emerge as the winner.

Electrification is an increasingly popular choice in passenger vehicles. Implementation in road freight transport is more difficult as battery weight, range, and cost remain limiting factors. The emergence of hydrogen-powered FCEVs may facilitate longer ranges in the short term. However, battery e-trucks are twice as efficient as their hydrogen fuel cell counterparts, says Ruiz. Productivity and economic advantages may mean BEVs emerge as the preferred alternative – particularly as battery technology continues to evolve. Smart charging strategies also need to be considered. IRENA expects depot charging to dominate in the future.

Advanced biofuels are another viable option for decarbonising long-haul road transport and are already used commercially in some markets. Biomass-based fuel substitutes, such as biodiesel and renewable diesel, have limited production and a relatively high cost, says Ruiz. There is also uncertainty on the availability of sustainable biomass.

Ruiz proposed multiple policy measures to encourage the uptake of zero-emissions trucks including zero-emission zones for delivery vehicles; new zero-emissions truck sales requirements with incentives for upfront costs; infrastructure investments to match vehicle incentives; a reduction in road tolls for e-trucks; and an increase in road weight limits to negate the impact of battery weight. An additional two tonne is currently being discussed at the European Union level.

Shipping accounted for 2.3% of global CO2 emissions in 2017. Only two options are compatible with achieving zero emissions in shipping, says Ruiz. Again, the focus is on renewables. Biomass-based fuels such as biodiesel, renewable diesel, bio-methanol, bio-fuel oil and liquefied biogas are immediately available as a blended or drop-in fuel. Uncertainty around availability and substantial adaptations to onboard infrastructure are key challenges.

The second option for shipping is e-fuels, including green hydrogen or the synthetic fuels green methanol, ammonia and methane. Green ammonia is a leading candidate due to its energy density, ease of storage compared to hydrogen, and the fact it does not emit any carbon. Ammonia is already widely traded. Ruiz said he is confident concerns around ammonia’s toxicity can be overcome relatively easily. Outside of e-fuels and biomass-based fuels, electrification may play a role in short distance shipping, such as passenger ferries.

Aviation accounted for 11% of all transport emissions, or 2.5% of global CO2 emissions in 2017. Durrant underlined three possible options for the decarbonisation of aviation, with the appropriate solution determined by flight distance.

Biojet fuels, or sustainable aviation fuels (SAF), from sustainably sourced biomass, are expected to play a major role, particularly in long haul flights, says Durrant. Currently, SAF accounts for “well below” 1% of total jet fuel use, most of which is produced using waste oil sources.

New feedstocks are required to transition to higher shares of SAF, says Durrant. The scale of the opportunity is impacted by feedstock availability and cost reduction. Feedstock accessibility is a preeminent issue; however, the IRENA representative believes sufficient biomass feedstocks are available for IRENA’s energy scenarios, though careful energy choices will need to be made.

IRENA expects biofuels to dominate aviation decarbonisation efforts. Still, low-cost biodiesel is detracting from its use in aviation. Durrant suggests the biodiesel balance should be shifted in favour of aviation, as road transport has greater decarbonisation options readily available.

Battery-powered aircraft, charged with renewable electricity, may be suitable for shorter range or smaller passenger and freight-carrying planes. Synthetic e-fuels produced from cleanly sourced CO2 and green hydrogen are another potential aviation pathway. 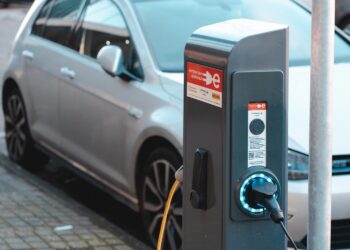 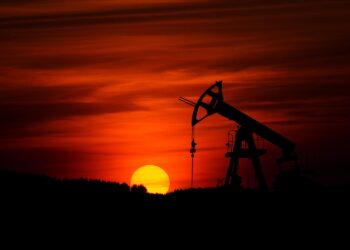 A day of reckoning