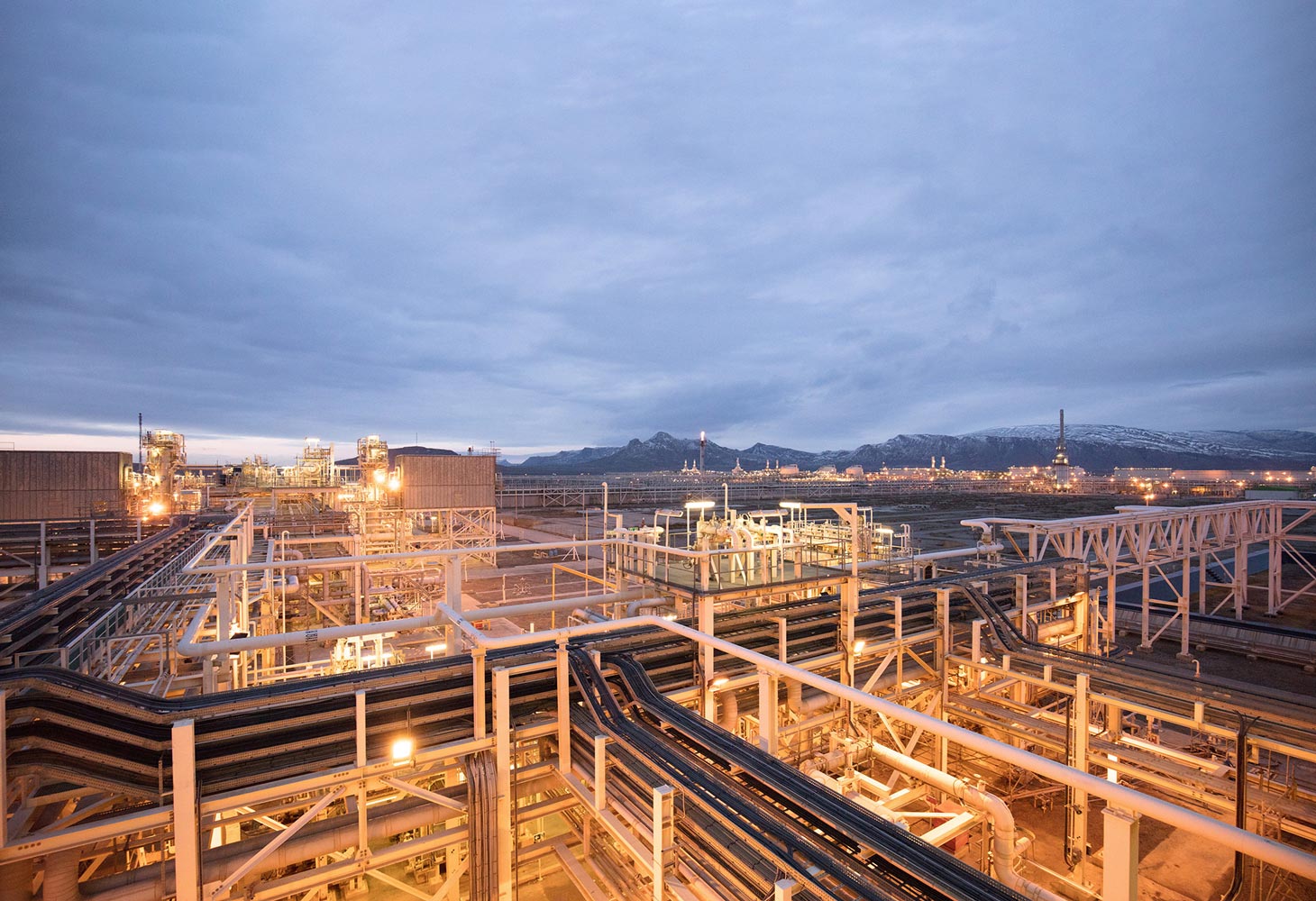 During Chevron’s  2021 Energy Transition Spotlight event in 14 September 2021, Chairman and CEO Michael Wirth outlined the U.S. energy major’s intention to be “a leader in advancing a lower carbon future.” Chevron’s executive team provided details on the company’s long-term energy transition plans, including a pledge to triple to USD10 billion its investment into low-carbon projects by 2028. Of the USD10 billion budget allocated for carbon reduction, USD2 billion would go to lowering the carbon intensity of its operations. Carbon capture and offsets attract USD3 billion. A further USD3 billion will be invested in renewable fuels and USD2 billion in hydrogen energy.

On December 1, 2021, the company announced its organic capital and exploratory spending program for 2022. Chevron has allocated USD15 billion, an increase in spending on new oil and gas projects of 20% on expected 2021 levels. The program supports the objective of higher returns and lower carbon, with USD800 million earmarked for lower carbon spending. Chevron also indicated that USD1.5 billion would be set aside for exploration, early-stage development projects, midstream activities and carbon reduction opportunities in its upstream business.

Chevron has been under increasing pressure from investors on its climate stance and ongoing investment in fossil fuels. The company received a rebuke at its May 2021 annual shareholders’ meeting, when 61% voted in favour of a resolution by activist group Follow This to reduce Scope 3 emissions. An increase in spending on environmentally friendly initiatives may ease some of the pressure from investors. Chevron also acceded to coercion by environmentalists, adopting an “aspiration” of net-zero equity upstream Scope 1 and 2 emissions by 2050 on October 11, 2021.

Scope 1 refers to direct greenhouse gas (GHG) emissions from activities of an organisation under their control, whereas Scope 2 emissions are indirect—associated with the production of the energy used by the organisation. Scope 3 emissions, generated from the end-use of its products, will be monitored by Chevron as part of a Portfolio Carbon Intensity (PCI) target; however, at this stage, there is no commitment to net-zero emissions across Chevron’s entire product lifecycle. The PCI target is set at a greater than 5% carbon emissions intensity reduction by 2028, from 2016 levels.

While an increase in spending on sustainability is commendable, an “aspiration” of net zero on only some of its emissions does not position the company as “a leader in advancing a lower carbon future.”

At this stage, the European oil majors have publicly announced more advanced plans to cut fossil fuels and strangle emissions. Royal Dutch Shell plc, which changed its name to Shell plc in January 2022, and thereafter delisted its shares in Euronext Amsterdam and moved its headquarters to the UK, has pledged net zero by 2050, including the carbon dioxide released from its operations and the end use of its products. The company has previously indicated that its carbon emissions peaked in 2018 and oil production crested in 2019. Just days ahead of the COP26 climate talks in November 2021 in Glasgow, Scotland, Shell announced a further target to halve carbon emissions from its operations by the end of the decade.

On February 12, 2020, British energy major bp set out a vision to be a net-zero company by 2050, including bp’s operations and oil and gas production on an absolute basis. bp has stopped short of vowing to achieve net zero on Scope 3 emissions, instead aiming to halve the carbon intensity of the products it sells by 2050.

U.S. oil majors have lagged behind their European peers in committing to the energy transition. As U.S. companies start to offer greater detail on their sustainability plans, it is clear that European-based and American-based companies are taking vastly different approaches to decarbonisation, perhaps due to the fact that they operate in vastly different environments. It has only been recently, during the Biden administration, that the U.S. has been more proactive in pursuing a lower carbon future. During the previous Trump administration, the government reversed key energy policies established by the Obama administration earlier, placing the U.S. behind Europe in addressing the pressing issue of climate change.

All of the major players believe oil and gas will remain part of the energy mix for decades to come. However, European oil majors believe the world will electrify, with renewables becoming a clear winner in the energy game. Shell, bp and TotalEnergies have ploughed heavy investments into wind and solar projects. U.S. oil firms have been more dismissive of wind and solar projects, and most expect oil production to continue to rise in the coming years. The U.S. Energy Information Administration (EIA) Short Term Energy Outlook, released on January 11, 2022, forecasts that U.S. crude oil production will reach 12.41 million barrels per day (mbpd) in 2023, a new record, up from an average of 11.2 mbpd in 2021.

Some investors have claimed that oil companies expanding into lower margin renewables will forego oil and gas profits. In an interview with CNBC in September 2021, Wirth confirmed that Chevron would not invest in wind and solar, stating that the company prefers to generate profit and dividend back to shareholders, who can choose to invest their revenue in environmentally focussed areas. Chevron believes that a strategy that combines “high return, lower carbon traditional business with faster-growing, profitable new energy ones,” will position the company to deliver long-term value to its shareholders.

Much of Chevron’s energy transition strategy is focussed on harder-to-abate sectors its European peers are evading. The company has confirmed it will direct its attention to sectors of the economy that are not easily electrified. Roughly 80% of the world’s emissions come from these difficult to decarbonise industries that need more complex solutions, says Chevron.

During the September 14 presentation, Chevron outlined growth targets for renewable fuels, hydrogen, and carbon capture through to 2030. The targets include 40,000 million of British Thermal Units per day (MMbtu/d) of renewable gas production by 2030. Capacity for renewable fuels will exceed 100,000 barrels per day (bpd)—with a particular focus on renewable diesel and sustainable aviation fuel. Chevron expects hydrogen to play an important role in the industrial, power and heavy-duty transport sectors. The company intends to grow hydrogen production to 150,000 tonnes per year by 2030. Finally, Chevron told investors it is in favour of burying carbon and expects to enable carbon capture and offsets of 25 million tonnes per year, which include a range of partnerships in regional hubs.

Some analysts have suggested Chevron’s plans do not deliver the strategic shift necessary to achieve the low carbon future we need. Nevertheless, Chevron’s approach shares similarities with its U.S. peer ExxonMobil, the world’s largest publicly traded oil and gas company. Analysis of the two oil major’s energy transition plans need to be viewed in light of a vastly different political climate and energy policies in the United States compared to Europe, where BP, Shell and TotalEnergies are headquartered.

On January 18, 2022, ExxonMobil announced an ambition to achieve net-zero greenhouse gas emissions for operated assets by 2050. The determination builds on existing emission-reduction plans to 2030 and is outlined in the company’s Advancing Climate Solutions – 2022 Progress Report. The net-zero ambition is accompanied by detailed emission-reduction roadmaps for Scope 1 and Scope 2 emissions at major facilities and assets, says ExxonMobil.

Previously, at the World Petroleum Congress, held in Houston, Texas, U.S.A., in December 2021, ExxonMobil had unveiled a pledge to cut emissions on operated assets at its Permian Basin operations to net zero. During the event, CEO Darren Woods called for a “balanced” transition that decarbonises but does not exclude abundant energy resources.

In a statement released on December 1, 2021, ExxonMobil announced its corporate plans to 2027, including an increase in spending on GHG emission reduction projects, with USD15 billion committed to low-carbon investments. This promise is part of stated capital investments in the range of USD20-25 billion per year to 2027. Like Chevron, ExxonMobil’s low-carbon investments concentrate on opportunities for carbon capture and storage, biofuels and hydrogen. In January 2022, the company acquired a stake in Biojet AS, a Norwegian biofuels company that plans to convert forestry and wood-based construction waste into lower-emissions biofuels and biofuel components. The company will rely on the capabilities, technical strengths and market experience that supports its base energy and chemical businesses to help drive commercial growth opportunities.

The Texas-based company also emphasised that it is overachieving against existing greenhouse gas reduction plans and expects to reach its 2025 targets four years early. It is prudent to consider whether these targets were sufficiently ambitious at the outset. However, the company also announced accelerated medium-term greenhouse gas reduction plans for 2030 that it says are consistent with “Paris Agreement aligned pathways.” The targets include a 20-30% reduction in corporate-wide intensity by 2030, a 40-50% reduction in upstream intensity and significant reductions in corporate-wide methane and flaring intensity. The new plans are expected to reduce absolute corporate-wide emissions by approximately 20%. ExxonMobil’s corporate plans also anticipate that cash flow and earnings will double by 2027, compared to 2019. 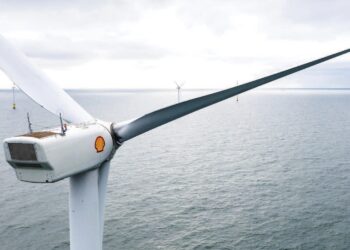 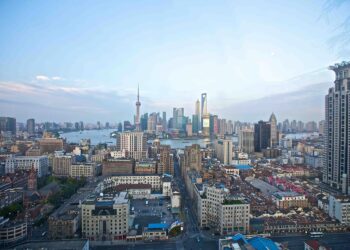