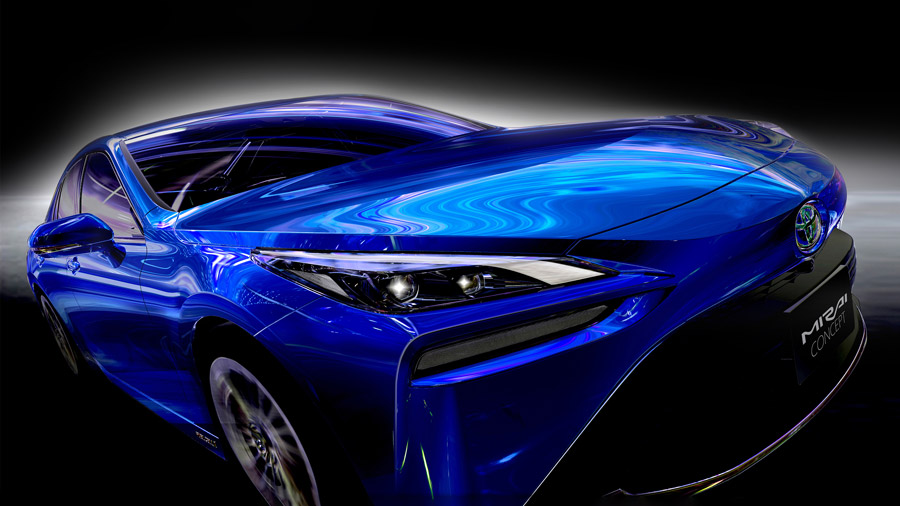 Toyota has been a leader in the global effort to reduce transport carbon dioxide (CO2) emissions over the past two decades — much of which can be attributed to its environmentally friendly Prius models. Significant fuel economy improvements and cost reductions have occurred since Toyota released the first mass-produced hybrid vehicle in 1997. The Japanese automaker has now set itself the ambitious target of zero lifecycle CO2 emissions by 2050, considering emissions from vehicle manufacturing right through to scrapping.

Hybrid vehicles are increasingly popular — due to the role they play in fuel consumption and environmental performance — and have been a central hub of Toyota’s strategy to date. The automaker has achieved cumulative sales of 13 million hybrids worldwide, which has resulted in the reduction of 100 million tonnes of CO2, says Takaoka. The Prius, initially launched as a four-door sedan before becoming a five-door liftback in 2003, is the world’s top-selling hybrid (as of January 2017), and is sold in more than 90 markets. In 2018, the vehicle was rated the second most fuel-efficient gasoline-powered car in the United States among vehicles without plug-in capability.

Toyota’s policy is to develop core components in-house to fully understand the fundamental technology. The company will continue to push for continuous improvements in hybrid efficiency in the areas of combustion, fuel, thermal management, after treatment and electrical management, says Takoaka.

In June 2019, Toyota announced a shift in its mobility strategy. Until then, the company’s future efforts appeared to focus on the evolution of their ever-popular hybrid vehicles, and fuel cell technology. Battery electric vehicles (BEV) performed a smaller function — possibly due to concerns around range, charging speed and battery supply. Toyota is now looking to “enhance the appeal of electrified vehicles in response to customer feedback,” says Takoaka, following higher than expected demand for BEVs. Toyota will add more than 10 new BEV models to its line up worldwide in the first half of the 2020s. The rollout commences in China in 2020 with the launch of the electrified C-HR and IZOA vehicle models.

The world’s sixth-largest company in terms of revenue is also looking to accelerate previously announced sales targets for electrified models by five years. In 2017, Toyota announced a goal of 50% of its vehicles to be electrified by 2030, with sales volumes of 5.5 million electrified models, 4.5 million of which are hybrids and plug-in hybrids, and one million fuel cell electric vehicles (FCEVs) and BEVs. “The latest data shows [bringing the targets] five years forward will be possible,” says Takoaka.

Some analysts have argued the vehicle manufacturer is conceding defeat on its hybrid and fuel cell vehicle strategy. Others ponder whether the late change in direction leaves the company behind-the-eight-ball in a BEV market that is advancing faster than many anticipated.

However, Toyota says it will continue to offer a full range of electrified vehicles from hybrid to fuel cell electric vehicles. The organisation’s “diversified electrification strategy” is a key component of Toyota’s path towards a sustainable society and zero emissions in 2050, says Takoaka. Vehicle technology must be affordable and compatible with social systems, he says. Increases in the BEV volumes will enrich its electrified models’ portfolio.

“Diversified electrification” will be achieved through “high-efficiency engines, core electric components and fuel cell technologies, as well as control systems,” he says. The organisation says it aims to provide the optimum products for customers in every region — considering lifecycle emissions of CO2 and other emissions.

Toyota estimates BEVs will account for about 10% of global vehicle sales in 2025, with the current importance in short-distance commuting expanding to middle-distance vehicles. To aid the popularisation of BEVs, Toyota will focus on high-performance batteries that do not easily degrade and developing a strong battery-supply network around the world.

In July 2019, the company announced a partnership with China’s Contemporary Amperex Technology (CATL) for the development and supply of batteries for new energy vehicles. Earlier this year, the company also announced a joint venture with Panasonic to manufacture batteries, including solid-state batteries. The practical adoption of solid-state batteries has been hailed as a solution for increasing vehicle range as they offer greater energy density without making batteries larger.

As vehicle size and travel distances increase, so does the importance of hybrid, plugin, and FCEV. “Fuel cell technology enables zero-emission mobility across a wider mobility range,” says Takoaka. Toyota is looking to accelerate its fuel cell technology for commercial vehicles for goods transportation as well shuttles and passenger vehicles. While the uptake of FCEV is limited in Europe, clearly Toyota believes it has significant potential. “Hydrogen fuel cell vehicles could change mobility forever,” he says.

The Toyota representative also highlighted additional measures to achieve its 2050 zero emissions target. In the process to achieving zero emissions target in 2030, the use of renewable fuels in HEVs and PHEVs could reduce lifecycle CO2 to levels similar to BEVs and FCEVs. In addition, Toyota is undergoing research on achieving 50% thermal efficiency by combining super lean burn engines with fuel innovations. These innovations offer the potential for hybrid electric vehicle lifecycle emissions to be lower than plug-in hybrid, BEV and FCEV, says Takoaka. 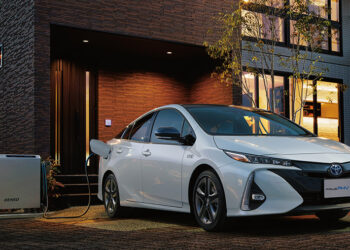 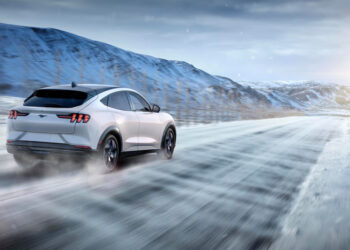