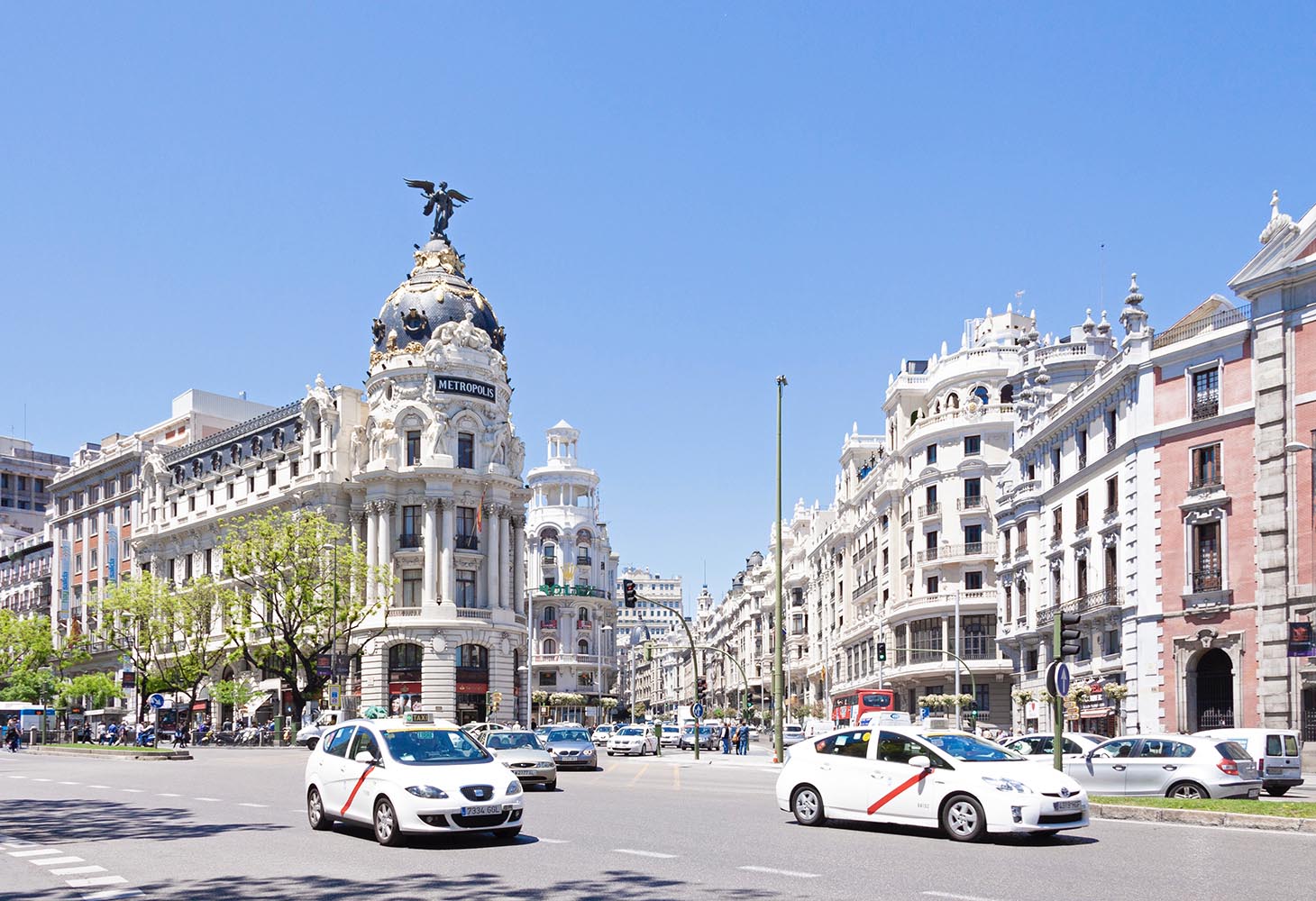 Road transportation continues to be the largest source of air pollution in cities throughout the world. In pre-pandemic Europe (2018), more than 39% of nitrous oxide (NOx) and 10% of primary PM2.5 and PM10 emissions came from road transportation. Pollution rates were even higher in many European cities.

On November 10, 2022, the European Commission presented the proposed Euro 7 Emissions Standard, following multiple delays. The eagerly anticipated standard, when finalized, will supplant Euro 6, which was introduced in 2014, and could well be the final regulation on the internal combustion engine (ICE) in Europe. It follows hot-on-the-heels of an EU deal to effectively ban new combustion-engine cars from 2035, which was confirmed by the European Council on October 27, 2022.

Advances in European emissions standards are watched closely around the world. Many countries in Asia have followed Europe’s lead on emissions, either adopting or closely mimicking European regulations.

“The shift to electric mobility will bring important improvements to air quality for citizens. It’s why our CO2-emissions standards and Euro 7 norms work hand in hand to ensure we get more vehicles that are clean and affordable on Europe’s roads,” said Frans Timmermans, executive vice-president for the European Green Deal, in a statement.

The European Commission says that the proposal adheres to the European Green Deal’s zero-pollution ambition and promotes Europe’s economic competitiveness—while providing the automotive supply chain with a clear direction on reducing pollutant emissions and ensuring vehicles remain affordable for consumers.

Euro 7 succeeds and simplifies the incumbent emissions standards for both cars and vans (Euro 6) and lorries and buses (Euro VI), with a single set of rules moving forward for all motor vehicles. The new rules and standards are fuel and technology neutral, irrespective of whether vehicles are powered by petrol, diesel, electricity or alternative fuels.

Tighter limits will be in play for pollutants, including carbon monoxide and nitrogen oxides, from 2025. Although, the limits are possibly not as strict as some may have feared. The proposal mandates 35% lower total NOx emissions from cars and vans compared to Euro 6 and a 56% reduction for buses and lorries compared to Euro VI, by 2035. Tailpipe particles decline by 13% for cars and vans, and 39% for buses and lorries, says the Commission.

In reality, the Euro 7 NOx limits are simply a harmonisation with the limits set for petrol vehicles under Euro 6. The legislation includes a voluntary certification level “Euro 7+”, with at least 20% lower emissions limits for gaseous pollutants than mandated in Euro 7. Although, some commentators have indicated that many Euro 6 cars already exceed this higher ambition.

NOx emissions have previously been unregulated in heavy-duty vehicles. This is set to change with Euro 7, which should drive substantial improvements in NOx and particle emissions. The Commission also plans to broaden the range of driving conditions included in on-road emissions testing.

Durability requirements for passenger vehicles double compared to Euro 6 with cars needing to remain cleaner for 200,000 kilometres (km) and 10 years of age. Buses and trucks’ durability requirements will be extended by 25% to 875,000 km.  This standard is far lower than the measures already adopted in the U.S. state of California and under consideration by the U.S. Environmental Protection Agency (EPA) on a federal level, which will increase durability requirements to up to 1.3 million km.

In addition to tackling tailpipe emissions, Euro 7 is the first emission standard to limit particle emissions from brakes and microplastic emissions from tyres. Particles from brakes are 27% lower in the proposed legislation. Electric vehicles will also be subject to the same rules around brake and tyre particles. The EU also aims to provide consumers with greater confidence when purchasing electric vehicles by introducing new rules that regulate the durability of batteries installed in cars and vans.

Euro 7 is currently going through the legislative arm wrestle to be ratified by the European Parliament and Council. If approved, the Commission has indicated it will enter into force in July 2025 for passenger cars and vans and two years later for trucks and buses.

Europe already has the most stringent emissions standards in the world and It is fair to say that the Euro 7 proposal has received a frosty reception from automakers. The European Automotive Manufacturers Association (ACEA) voiced “serious concerns” about the new pollutant standards. “Unfortunately, the environmental benefit of the Commission’s proposal is very limited, whereas it heavily increases the cost of vehicles. It focuses on extreme driving conditions that have hardly any real-life relevance,” said Oliver Zipse, ACEA president and CEO of BMW in a statement.  ACEA believes the efforts of policymakers should be directed at accelerating fleet renewal and prioritising investments in zero-emission vehicles. ACEA also emphasised that the proposed implementation dates are unrealistic, a sentiment that was echoed by the German automotive industry association.

Even before the release of the Euro 7 proposal, automakers had questioned the value of Euro 7. “From an industry perspective, we don’t need Euro 7, as it will be drawing resources we should be spending on electrification,” said Carlos Tavares, CEO of Stellantis, the parent company of Jeep, Ram, Chrysler, Fiat, Alfa Romeo, Citroen, Peugeot, Opel and Vauxhall. The need to develop fossil fuel technology further comes with added complexity and costs. Costs that must surely be passed onto consumers.

Ford Motor Company, too, has weighed in on the controversy. In a statement, Martin Sander, head of the Model E electric division at Ford Europe, said the proposed regulation has the potential to undermine the great progress Europe has made in shifting to electric mobility. “We should not be diverting resources to yesterday’s technology and invest in zero-emission instead,” he said.

While automakers are upset and view these standards as a regulatory overreach, equally unhappy are those on the other side of the argument. Some environmental groups have labelled the “watered down” emissions regulation as a victory for automobile manufacturers.

Transport & Environment labelled Euro 7 a “weak and shockingly poor proposal” that is no better than Euro 6 in disguise.  Anna Krajinska, manager, vehicle emissions and air quality at T&E, said “the proposals for cars are so weak, the auto industry might have drafted them themselves.” Transport & Environment is a leading non-governmental organisation that campaigns for cleaner transportation in Europe.

In particular, T&E took aim at the failure to tighten existing (Euro 6) petrol limits which were set over a decade ago. The organisation also raised concerns that the Commission has rejected its own expert advice on new rules for non-CO2 car emissions, including the last-minute change to particle number limits in trucks it says is much higher than recommended. T&E also noted that effective technology to reduce brake pollution is currently available and affordable, though the proposed limits fail to ensure its use until 2035.

Politico Europe covers the politics, policy and personalities of the European Union. In an opinion piece, the media organisation emphasised that stricter standards are not the answer. New vehicles already demonstrate low emissions. Politico called for measures to support the removal of older Euro 2/3/4/5 vehicles which it says can release 10x to 1000x the emissions of today’s Euro 6d cars.  Euro 6d refers to cars that have achieved tougher real-world testing limits that became mandatory for new cars from January 2022.

The emissions control industry is one of the few that has expressed support for Euro 7. The Association for Emissions Control by Catalyst (AECC) welcomed its arrival and urged the European Parliament and Council to adopt the rules as quickly as possible. 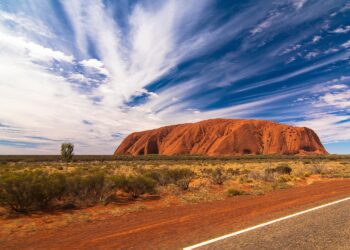 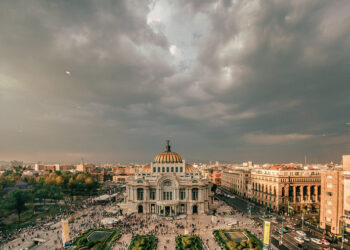