It is less than a year until the XXXII Olympiad is scheduled to kick off in Tokyo, Japan, following a year-long delay due to Covid-19. As is customary, the lead up to the games includes the Olympic torch relay, which formally ends when the Olympic cauldron is set alight inside the stadium. In Tokyo, the Olympic flame will be fuelled by hydrogen for the first time. The 2021 event has been dubbed by some as the “hydrogen games” as Japan looks to showcase the country’s commitment to hydrogen and drive global awareness of the clean, efficient, and reliable technology.

Toyota is supplying 100 hydrogen fuel cell buses and 500 Mirai fuel cell vehicles for the transportation of competitors, officials, staff and VIPs around the Olympic village and metropolitan area. The village itself will be a miniature hydrogen society, showcasing a potential energy future. Other countries are also conscious of hydrogen’s vast potential. China and the United States are investing heavily in hydrogen research and technology.

Hydrogen’s versatility as a feedstock, a fuel or energy carrier and storage; and its broad application across industry, transport, power and building sectors; means it is destined to play a critical role in global energy transformation. The European Union (EU) has recognised the importance of developing a hydrogen economy. On 8 July 2020, the European Commission published “A hydrogen strategy for a climate-neutral Europe.”

Renewable electricity is expected to decarbonise a large portion of the EU’s energy consumption by 2050. It is anticipated that hydrogen will play a supplementary role to clean electricity — bridging the gap in hard to electrify sectors and applications, and settling seasonal variations. The strategic roadmap claims Europe is well-positioned to benefit from clean hydrogen as part of the European green deal and focuses on fast, large-scale deployment of clean hydrogen to achieve decarbonisation ambitions. Share of hydrogen in Europe’s energy mix is projected to grow from less than 2% to 13-14% by 2050. Some analysts have estimated clean hydrogen will meet 24% of energy world demand by 2050.

Hydrogen does not emit carbon dioxide (CO2) when used. While this sounds promising, the reality is somewhat different. Currently, almost all hydrogen is produced from fossil fuels, most notably natural gas or coal. Production emits 70-100 million tonnes of CO2 into the atmosphere annually. Renewable, or “green”, hydrogen produced by water electrolysis where the electricity stems from renewable sources accounts for less than 0.1% of global production.

The EU hydrogen roadmap indicates clean hydrogen will contribute to a reduction in greenhouse gases (GHG) ahead of 2030 and will pave the way to a climate-neutral economy in 2050 by replacing hard to decarbonise sectors. The report also suggests it can play a pivotal role in the post- Covid-19 recovery of the EU economy.

It will not be without complication. The document identifies a vision of how the EU can turn clean hydrogen into a viable solution and addresses key challenges and a roadmap of actions. Hydrogen provides a unique opportunity for innovation, but it will require ambitious and well-coordinated policies at a national and European level. Renewable hydrogen produced from wind and solar power is the “priority focus” in the EU’s strategic roadmap.

The roadmap outlines a phased approach to developing Europe’s hydrogen economy with an initial target of 1 million tonnes of renewable hydrogen by 2024. Investment will scale up with a minimum of 6 Gigawatts (GW) renewable hydrogen electrolysers installed alongside efforts to decarbonise existing hydrogen production by retrofitting plants with carbon capture and storage technology. Development of a regulatory framework for a well-functioning hydrogen market is a key component of phase one.

Between 1.5 and 2.3 GW of new renewable hydrogen production is currently under construction or has been announced. Europe aims to produce 10 million tonnes by 2030, with 40 GW of renewable hydrogen electrolysers to be installed. Investment in electrolysers could range from EUR24-42 billion (USD27-47 billion) across the EU by 2030. By 2030, half of existing fossil-based hydrogen plants will be retrofitted to produce low-carbon hydrogen. Retrofitting is expected to cost EUR11 billion (USD12.5 billion) by 2030. By 2030, the EU aims to have an open and competitive hydrogen market.

By 2050, hydrogen technology will reach maturity with deployment on a large scale to reach hard to decarbonise sectors. An additional investment of EUR220-340 billion (USD250-387 billion) is identified in the roadmap to scale up solar and wind energy production and achieve dedicated capacity of 80-120 GW. The newly established Clean Hydrogen Alliance will play a central role in facilitating and implementing the strategy — in particular, the investment agenda.

Even before its official publication, the draft roadmap was met with stiff opposition from several industry groups. The International Association of Oil and Gas Producers warned the EU’s hydrogen strategy is “bound to fail” if it focuses only on renewable hydrogen from electrolysis. A letter addressed to Executive Vice President of the European Commission, Frans Timmermans, on 24 June 2020, from an industry coalition bemoaned the narrow definition of “clean hydrogen” and called for a technology-neutral approach. A heavy focus on hydrogen produced from renewable electricity will be insufficient to develop a commercial market for clean hydrogen in the next decade, they say.

While recognising that renewables are the end game, the letter called for an inclusive approach that deploys “all clean hydrogen production pathways including electrolysis, methane pyrolysis and natural gas reforming in combination with carbon capture, utilisation and storage.” This approach, they say, provides a greater opportunity to generate a hydrogen economy of the necessary scale to ensure it is cost-competitive. The letter’s 33 signatories include oil majors, energy trade associations, coalitions of oil & gas, steel, ceramics and several major users of hydrogen.

Meanwhile, Evonik, one of the world leaders in specialty chemicals, is striving to make “green” hydrogen more affordable. The central component of an electrolyser is an ion-conducting membrane. The German company has developed a novel anion exchange membrane (AEM) it believes could be a breakthrough in the commercial realisation of economically viable and highly efficient electrolysis. 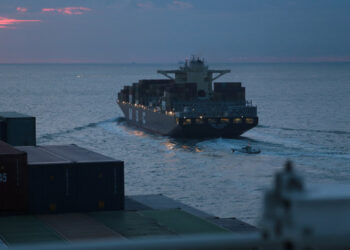