With today’s focus on low viscosity engine oils as one of the keys to vehicle fuel economy, there’s a renewed focus on viscosity modifier (VM) technology.

During March’s F+L Week 2015 Conference organised by F&L Asia in Singapore, experts from major additive suppliers presented information on how to choose the right VM and how to test them to better understand their benefits in real-world performance. VMs are additives made of long, flexible molecules called polymers. They come in various types, with different molecular architectures. Some of the main types of VMs include:

SAE J300 is a document that defines the rheological limits for classifying engine oils—that is, it defines engine oils in terms of viscosity. While VMs are, by definition, meant to impact the engine oil’s viscosity, viscosity cannot be the only consideration when choosing VMs, experts said. They all emphasised that formulators should look beyond J300, as each VM has different molecular weight and architecture, impacting its performance in different areas, such as shear stability, compatibility with other components in the formulation, low-temperature performance, retention of performance through ageing and soot handling. J300 defines viscosity grades in terms of kinematic viscosity at 100 degrees Celsius (C) or KV100 and high-temperature, high-shear viscosity at 150 degrees C (HTHS150).

HTHS viscosity is measured to see how engine oils will hold up in the engine environment. ASTM D4683, “Standard Test Method for Measuring Viscosity of New and Used Engine Oils at High Shear Rate and High Temperature by Tapered Bearing Simulator Viscometer at 150 C,” was developed because the viscosities of engine oils under these conditions are related to fuel efficiency. It is measured in centipoise (cP) or millipascals times seconds (mPa•s).

THE RIGHT TEST MAKES A DIFFERENCE

As with any product, the right test makes all the difference when determining how a VM will behave in the real world. Daniella Baxter, who works in the Technology Deployment group of Infineum, discussed the company’s field trial for heavy-duty oils that has been operating in the U.S. for several years. It tests SAE 15W-40 and SAE 10W-30 engine oils with VMs of different chemistries: two HSD stars with different shear stability indices, an amorphous OCP and a semi-crystalline OCP. In measuring viscosity performance, all four VMs kept the engine oils in grade when KV100 and HTHS 150 were measured. Infineum also measured low-temperature pumpability, using a mini-rotary viscometer (MRV), MRV TP-1, for both fresh oil and 35,000-mile (56,327 kilometres) aged oils. The semi-crystalline OCP at 35,000 miles failed the MRV test by a large margin. The conclusion was that the fresh oil MRV test is not a suitable indicator of low-temperature performance in the field, Baxter said. Following some real-world field failures due to poor used oil pumpability, the Coordinating European Council (CEC) developed an ageing test, CEC SG-L-105, that puts the oil through mild oxidation in the presence of biodiesel and measures MRV performance. This test correlates much better to field data, Baxter said. The semi-crystalline OCP in aged oil failed this test as well, but by a smaller margin. Using the correct ageing test is necessary to better predict field performance, she concluded.

Chevron Oronite’s Alex Boffa, viscosity index improver technical team leader, and co-author of John Fang, senior research scientist, said that the key in formulating for low-temperature performance is to properly match the base oil, VM, and other additives with a pour point depressant (PPD). Improperly formulated oil will give poor results in lowtemperature bench tests or field tests, whether the VII is amorphous or crystalline in solid form, he said. He added that higher crystallinity can make the solid VII less tacky and easier to handle in manufacturing. In oils, VM polymers are solubilised to dilute concentration, and characteristics in dilute solution are different than in solid, he explained. Whether amorphous or crystalline in solid form, an important concern is to avoid unwanted interactions in the fluid, which happen at low temperatures when waxes can start to form in the base oil or VM. For instance, the optimised OCP has a low crystallinity in solid form, said Fang. However, when dissolved in oil, highly sensitive rheology testing showed negligible yield stress, indicating no interacting networks between polymer chains.

Fang provided additional insights on the development and evaluation of an optimised OCP, which involved a series of structure property studies to demonstrate robust low-temperature properties and advantages in the thickening efficiency, deposits and extended shear durability. Robust low-temperature performance is a primary focus, as demonstrated in tests such as MRV, pour point, Scanning Brookfield, and used-oil, low temperature tests, such as CEC L105, with a range of PPD and base oil types. Another benefit of optimised OCP is low deposit formation in the high-temperature regions of the engine, due to more thickening, leading to lower polymer treats.

Regarding extended shear stability, Fang compared an optimised OCP and an HSI star polymer. Both were put through extended shear cycles, and targeted to meet the same KV100 after 90-cycle shear in ASTM D7109, the Kurt Orbahn test. While both passed, the test was extended to 720 cycles, eight times the 90-cycle limit, at which point the linear optimised OCP had only sheared an additional 5%, as opposed to significant deterioration in the HSI structure after continuing the test beyond the current limits. Fang pointed out that “different chemistry really has an impact on shear stability.” The optimised OCP demonstrated robust extended shear stability, retaining most of its architecture instead of breaking down. This can aid in supporting extended drain performance, he said.

The shear stability index is a measurement of a viscosity modifier’s ability to resist permanent viscosity loss due to shear. As Baxter explained, “the counterbalance to shear stability is thickening efficiency.” Thickening efficiency is the measure of added viscosity at 100 degrees C per unit mass of polymer. Both are dictated by molecular weight. High molecular weight molecules are less shear stable, but more thickening-efficient, meaning that a formulator has to add less polymer to achieve the desired viscosity grade.

Optimised polymers can translate to significant gains in fuel economy, as Torsten Stoehr, global product manager for driveline and industrial gear fluids, Evonik Oil Additives, showed. He spoke on dispersant and nondispersant comb polymers and their advantage over conventional PAMA (poly alkyl methacrylate). Using correctly formulated comb polymers can offer a 3 to 4% gain in fuel economy, if improvements in the engine oil, automatic transmission fluid (ATF) and axle oil are combined, he said. A comb polymer has a main backbone with several linear side chains; these optimised combs have enhanced ability to collapse and expand.

In a chassis dynamometer test of fuel economy in automatic transmission fluids (ATF), Evonik demonstrated that comb polymers have a significant advantage over conventional PAMA in terms of fuel consumption. In each section of the New European Driving Cycle (NEDC) and the Japanese driving cycle JC08, a 6.0 cSt ATF formulated with a comb polymer consumed less fuel than a 6.0 cSt ATF formulated with a conventional PAMA, with up to a 1.2% overall advantage in the NEDC. A 4.5 cSt ATF with comb polymer was also tested, and while it offered lower fuel consumption in most of the NEDC, it consumed more than the 6.0 cSt ATF with comb polymer during the extra-urban portion. Overall, in the “warmer” and thus more challenging JC08, the 4.5 cSt ATF with comb polymer actually consumed 0.1% more fuel than the conventional PAMA, whereas the 6.0 cSt formulation with the comb again offered a 0.5% fuel economy advantage.

“We cannot at all recommend going to a 4.5 cSt viscosity level,” Stoehr said, because during the extra-urban driving portion of the NEDC and most of the JC08, it was pushed into mixed lubrication, which meant increased fuel consumption and increased friction.

Regardless of the application of a viscosity modifier, its purpose is to keep the engine oil’s viscosity in the right range, no matter how stressed inside the engine. Phil Hutchinson, Asia-Pacific technical manager at Evonik Oil Additives, said “different viscosity index improvers have different formulation viscosities, despite being formulated in the same SAE grades.”

SAE J300 specifies both KV100 and HTHS150. However, “Formulating to two viscosity targets, such as HTHS and KV100, can actually force you into getting a low-VI oil and poor fuel economy,” Hutchinson said.

In addition, KV100 is not a good indicator of viscosity for modern engine oils, he said. For engine protection, HTHS150 has taken over this role. When formulating for fuel economy, a formulator needs to select the viscosity measurement and temperature that best represents fuel economy in the particular engine and testing cycle being targeted, he said.

Different VMs can display dramatically different viscosity values relevant to fuel economy, depending on which viscosity value is measured. For instance, Evonik found that four types of VMs (comb polymers, PAMA, low ethylene-OCP and HIS stars) have very similar viscosities when measured at 150 degree C (HTHS), but widely different viscosities at KV40. The comb VMs gave the lowest KV40 values, thickening the least at the lower temperature, and incidentally contributing 1.9% toward the 3-4% fuel economy gain.

Hutchinson’s point added another aspect to the usual message about low viscosity oils: if an engine is suitable to be lubricated with them, then yes, a gain in fuel economy can result from low viscosity. “But which viscosity?” Deciding which viscosity measurement best represents their goals should be part of the equation for all formulators, he said. Finally, looking past the requirements in SAE J300 and extending tests for longer periods will provide more insight into a viscosity modifier’s long-term performance. 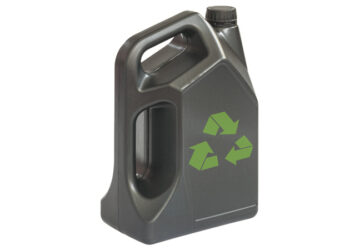