The next global engine oil specification to be released is ILSAC GF-6. However, delays to GF-6 are well documented, with the first licensing date, although still unconfirmed, appearing to be at least two years away. The complexity of tests development is the fundamental driver behind delays in the launch of GF-6.

In the interim General Motors has updated their engine oil specification to incorporate the performance needs of turbocharged gasoline direct engines (TGDI) with the release of dexos1™ Gen 2 (aka dexos1: 2015), which replaced dexos1™ Gen 1 (aka dexos1™: 2010) on 31st August 2017.

The release of GM dexos1™ Gen 2 and the delay in the licensing of ILSAC GF-6 has created a substantial gap, according to Kaustav Sinha, global project manager at Chevron Oronite.

Sinha, who is responsible for leading GF-6 and dexos1 developments within Chevron Oronite’s automotive engine oil group, says there is widespread uncertainty on how lubricant manufacturers should address dexos1™ Gen 2 in the immediate term. When GF-6 eventually arrives, what does this mean for the General Motors specification? Will there be a third-generation dexos or will dexos1™ Gen 2 continue as the current standard?

“There are uncertainties… there are delays… there are challenges,” Sinha says, referring to juggling these new passenger car engine oil specifications.

But is there really such a big gap in specifications? There are a lot of commonalities between dexos1™ Gen 2 and GF-6, says Sinha. “The core of both specifications is geared around TGDI,” including LSPI mitigation. GF-6 comprises seven newly developed engine tests to promote enhanced lubricant performance. dexos 1 has introduced five new GM proprietary engine tests with the Gen 2 upgrade for the same purpose.

No doubt PCMO formulators and regulators are balancing broadening and sometimes conflicting performance requirements, alongside important market considerations such as cost, supply and distribution. During his presentation at the Spring ILMA Management Forum in April in Carlsbad, Calif., U.S.A., Sinha, who holds a doctorate in metallurgy material science and engineering from the University of Nevada – Reno, outlined how Oronite is approaching this challenge and ‘bridging the gap’ between GF-5 and GF-6.

Formulating for next-generation vehicles is a “mixture of science and art that requires commitment, creativity, precision and lots of experience.” A proliferation of new engine technologies adds even more pieces to an already complicated ‘puzzle.’ However, regardless of vehicle and engine technologies, the basic functions of additives remain the same — altering frictional properties of fluids and surfaces, minimising wear, maintaining surface cleanliness, preventing oil breakdown and controlling contaminants in engine oils.

A primary benefit of Turbocharged GDI engines is their ability to “generate high levels of power at relatively low operating speeds,” says Sinha. This attribute has given rise to a new problem, Low Speed Pre-Ignition or LSPI, a premature ignition of the main fuel charge. LSPI can result in severe pressure spikes of 130 Bar or higher and as a result has the potential to cause catastrophic engine damage — most often piston cracks and breaking and audible noise to users.

Significant investment has been directed at understanding LSPI and the influence of engine oil. In several studies, engine oil preparations have been shown to suppress LSPI, confirming the importance of a specific LSPI test for GF-6. Other OEMs are also developing individual LSPI tests.

Formulating for LSPI is not solely reliant on adjusting the detergent system, suggests Sinha. At Oronite, “we have delivered a formulating space that can reduce LSPI while meeting other key performances,” such as wear, cleanliness and fuel economy, he says. A matrix approach was taken to understand the trade-off impacts of various key components (detergent, antioxidants) in the formulation. This work lead formulators to find the optimum component balance within the formulation to deliver the required performance expected of the lubricant while also reducing LSPI, he says.

Sinha also notes the importance of a detailed understanding of similarities and differences in LSPI tests for the various global specifications, referring forum attendees to an SAE paper, no. 2015-01-2028, originally presented at JSAE 2015 in Kyoto, Japan, and F+L Week 2016 in Singapore for comprehensive information.

An engine oil’s ability to resist solid residue buildup, or coking, caused when oil undergoes severe oxidative and thermal breakdown, is vitally important to extending the life of a turbocharger. Oronite continues to invest in turbocharger R&D and confirmed the importance of adequate balance of the anti-oxidancy system in helping protect turbocharger parts.

General Motors has introduced a turbocharger test for evaluating engine oil degradation and turbo deposits. The test employs a 1.4L TGDI engine, where GM runs the test to 2000 thermal cycles or approximately 535 hours. The pass-fail limit of the test is based on the difference between the initial and the final turbo outlet temperatures at ≤ 13o C. In addition, average weighted turbo deposits are also reported.

Historically, particulate matter has been a characteristic of diesel engines, owing to direct fuel injection into the combustion chamber. Modern gasoline direct injection engines are also susceptible to higher soot or particulate matter levels and faster oil degradation, which can cause timing chain wear. The rate of chain wear depends on “engine operation, chain design, chain materials, type of lubrication as well as engine oil.” Sinha believes a “thorough understanding of the various tribological parameters within this system” is vital to developing formulations with lower chain wear. 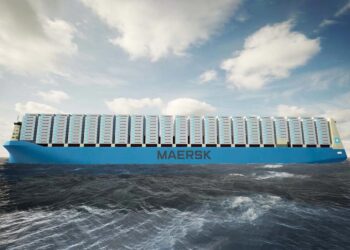