Kangtai is a common term in China meaning healthy, stronger and living longer. Jinzhou Kangtai Lubricant Additives Co., Ltd is certainly living up to its name, growing from strength to strength with all eyes on a prosperous future; including a possible initial public offering (IPO) in mid-2019. Speaking with F+L Magazine last November, Kangtai President Yu Peigen confirmed they intend to list Kangtai’s shares in the stock market in June 2019 “if everything goes according to plan.” The listing is part of a USD39-42 million capital raising effort to stimulate further expansion of one of China’s leading homegrown additive producer. A 30% public share of the Jinzhou-based company will be offered.

Kangtai believes their technical aptitude, accumulated steadily over a long period, has given birth to market advantages. At the vanguard of this technical ability is Yu, whose self-taught technical competency complements strong business acumen. Yu began his career as an equipment engineer, despite no formal education in the area, and procured extensive experience with PetroChina’s Jinzhou Petrochemical Company in their additives plant.

Yu left PetroChina in 1998 and established Kangtai the same year. The belief that there was significant scope for improvement on Jinzhou Petrochemical’s offering despite job security at the state-owned additive producer and misgivings from his own family drove him to start up Kangtai. Yu’s foray was the beginning of the development of private enterprises in the additives sector in China. Coincidentally, the Chinese government maintained favourable policies on taxation and the rehiring of state employees at that time.

Despite advantageous government policy and a clear market opportunity, at the outset competing with Sinopec and PetroChina in terms of R&D resource, and quality, was problematic, says Yu. The scarcity of skilled technical staff prior to 2000 amplified these early challenges. Moreover, lubricant additives were always in short of supply. For example, 20 years ago China had the technology to produce synthetic sulfonates, but could not buy the raw material to make it, laments Yu.

In the early 90s, there were only two domestic lubricant additive manufacturers. The market was totally different then, recalls Yu. At that time, foreign companies were endeavouring to gain a foothold in the burgeoning China market.

U.S.-based Lubrizol Corp. ‘s involvement in China dates back to 1984, with the sale of lubricant additive technology to Sinopec. In 1994, the company formed Lubrizol China and opened a representative office in Beijing. In 1996, Lubrizol formed two joint ventures with Sinopec for additive blending plants in Tianjin and Lanzhou. The company opened Shanghai Lubrizol International Trading Co, Ltd. in 1998, to sell imported Lubrizol products to Chinese customers and to purchase Chinese raw materials for export. In 2000, the Lanzhou joint venture was expanded from just blending to a full-scale additive component manufacturing operation, and Lubrizol welcomed a new partner, PetroChina, following a government-led reorganization of state assets.

As China started to loosen up its economic policy, these foreign companies started to shift away from the joint venture arrangement which earlier was the only way to enter the market. While the Infineum joint ventures with Sinopec and PetroChina still exist, in 2016, Infineum opened Infineum (China) Co. Ltd.’s 100,000-metric-tonne facility, in Zhangjiagang, Jiangsu Province, marking another milestone in Infineum’s development history in China, after it established Infineum (Shanghai) Additives Co. Ltd. in 2013, its first wholly owned company in China.

Gradually, step by step, Kangtai became established and is now the domestic manufacturer with the largest number of customers, and a trusted manufacturer and supplier of PetroChina, Sinopec, and more than 3,000 customers worldwide. Yu attributes a combination of financial support, and an influx of technically skilled people who studied and worked abroad, to enabling the company to grow steadily. Specifically, the return of technical staff enabled Kangtai to leverage technology and knowledge from outside of China.

With a growing reputation outside of China, 30% of the company’s sales are exported to offshore markets including South Korea, Australia, Japan and the United States. While much of Kangtai’s business is concentrated on components, Yu says the company also provides medium and low-tier additive packages for automotive engine oils — mostly to the Middle East. On the industrial side all products are at the same technical level, says Yu, there is no high or low tier. However, Kangtai’s chief admits it is difficult for a private company to achieve OEM approval.

Local players dominate when it comes to additive component manufacturing capacity in China. Of the international players, only Lubrizol has component capacity in excess of 50,000 metric tonnes a year, says Yu. Though, when analyzing sales volumes, the multinationals still reign supreme. Lubrizol is the leader in sales, followed by Infineum and Chevron Oronite. Afton Chemical and Tianhe Chemicals round out the top five. Despite bringing in components, the foreign companies are still bigger in China than local companies, he says.

Despite forthcoming challenges for the lubricants industry, Yu maintains an extremely positive outlook for Kangtai over the next 20 years. He estimates the size of the global lubricant additives market at about four million metric tonnes a year. This provides the Jinzhou-based company substantial opportunity to grab market share. Yu proposes that further competition in the additives market is unlikely, owing to a very high technical barrier to entry. If he is correct, the industry is left for existing players to scrap over market share.

A successful capital raising IPO could provide the perfect war chest for Kangtai. 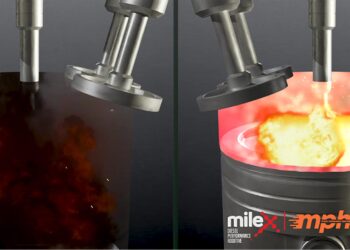