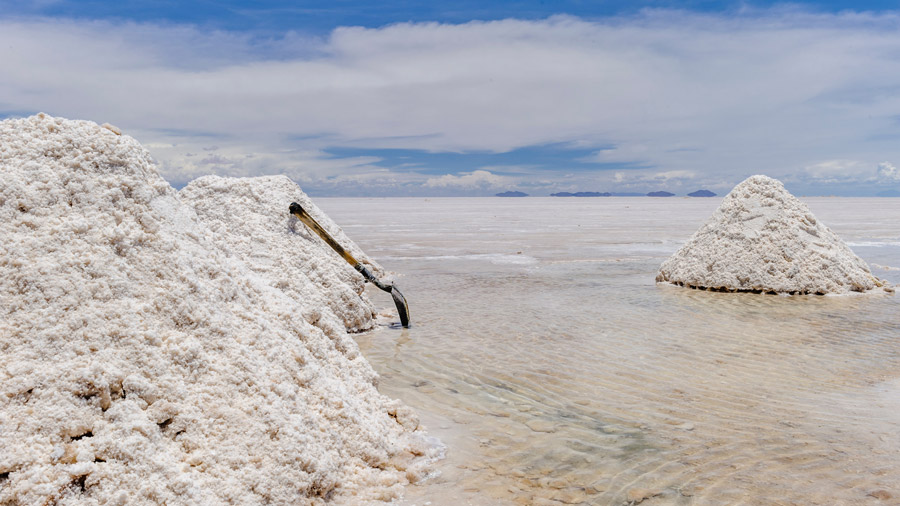 Electrification has long been touted as the future of transportation. Despite these prophecies, the global uptake of electric vehicles (EV) is not yet mind-blowing. Even accounting for robust growth in 2018, EVs are only expected to contribute 3% market share this year.

Availability of the chemical compound lithium is regularly offered as a handbrake to the acceleration of growth and the cause of heightened EV battery pricing. Rechargeable lithium-ion batteries (LIB) use intercalated lithium compound at the positive electrode. European carmakers source LIB from a variety of manufacturers throughout the globe. With millions of EVs projected to hit European roads over the next decade, there is an accompanying need for millions of kWh’s of LIB, the current technology used to propel the next generation of vehicles.

The data identifies a total LIB demand from electric and hybrid vehicle production of 112 GWh in 2023 and 176 GWh in 2025. The corresponding European battery production capacity, based on confirmed plans, is 131 GWh in 2023 expanding to 274 GWh in 2028. While Europe will continue to rely on countries outside Europe, such as Asia, until 2023, beyond this date Europe is likely to be self-sufficient. The report indicates at least 16 large-scale LIB cell manufacturing facilities exist or are likely to come online across Europe.

With lithium supply beginning to outpace demand in Europe, the chemical compound is no longer a stumbling block to EV acceleration. T&E suggests Europe is now on the verge of a transformational shift to EVs. The authors of the report foresee a surge in EV volumes in the upcoming years as automakers scale up production. Europe will exceed four million EVs in 2025, up from three-quarters of a million this year. The time is right to shake off Europe’s historically poor performance on tackling transport carbon emissions.

In 2018, EVs accounted for 2.5% market share in Europe. The T&E report implies the slow production to date has been a calculated approach – with automakers deliberately suppressing EV sales and limiting model availability. Manufacturers have considered EVs as “compliance cars” and have produced the minimum requirement to achieve CO2 targets and no more, claims T&E. The report also highlights several EV-related issues including “very long waiting times, launch delays, dismissive dealerships or unavailability in some regions or countries.”

But now the gloves are off. The authors suggest auto manufacturers are finally ready to embrace electrification and are scrapping the preceding “technology-neutral” approach. Investment announcements of EUR145 billion (USD158.31 billion) in electric cars by European automakers reinforce their commitment to electrification as the clean technology of choice.

By 2025, over one-fifth of EU car production will be electric. Of the estimated four million plug-in cars, BEV will account for 60%, the remainder PHEVs. As battery costs decline, and regulations become increasingly stringent, BEVs will assume an even greater role in the EV market, with the role of hybrids declining.

Despite cynicism relating to the timing of these new models, EV production volumes in 2025 will exceed the requirement to achieve 2025 emissions standards, says T&E. It seems car manufacturers are now eager to seize a slice of this growing pie. Forecast volumes are based on OEM announcements until early 2019.

Exports of these new vehicles are unlikely, however, with most EVs produced in Europe likely to be sold there. EU carmakers are expected to dedicate production to the local market to comply with stringent CO2 standards. There is also inherent difficulty exporting to countries that lack necessary charging infrastructure, and joint ventures already exist with Chinese companies to enable selling without tariffs in the region.

In June 2019, Toyota announced a strategic shift away from hybrids and FCEVs. The Japanese automaker’s commitment to electric vehicles has been attributed to toughening fuel consumption regulations in China and Europe and concerns around battery supply. All major automakers are now aligned on the technology of choice — electrification. This commitment comes at the expense of alternative powertrains such as FCEV and natural gas (CNG). The T&E report suggests production plans for these two technologies are negligible. 9,000 FCEVs will be produced by 2025, and 1% or less CNG and LPG vehicles, from the total EU production. The report acknowledges that FCEV technology is relatively immature, 10 years behind BEVs.

Production of EVs throughout Europe is not balanced with a reduction in internal combustion engine volumes. Several European countries will suffer net losses in vehicle production including Portugal, Belgium, Sweden, Slovenia, Austria, the Netherlands and Finland.