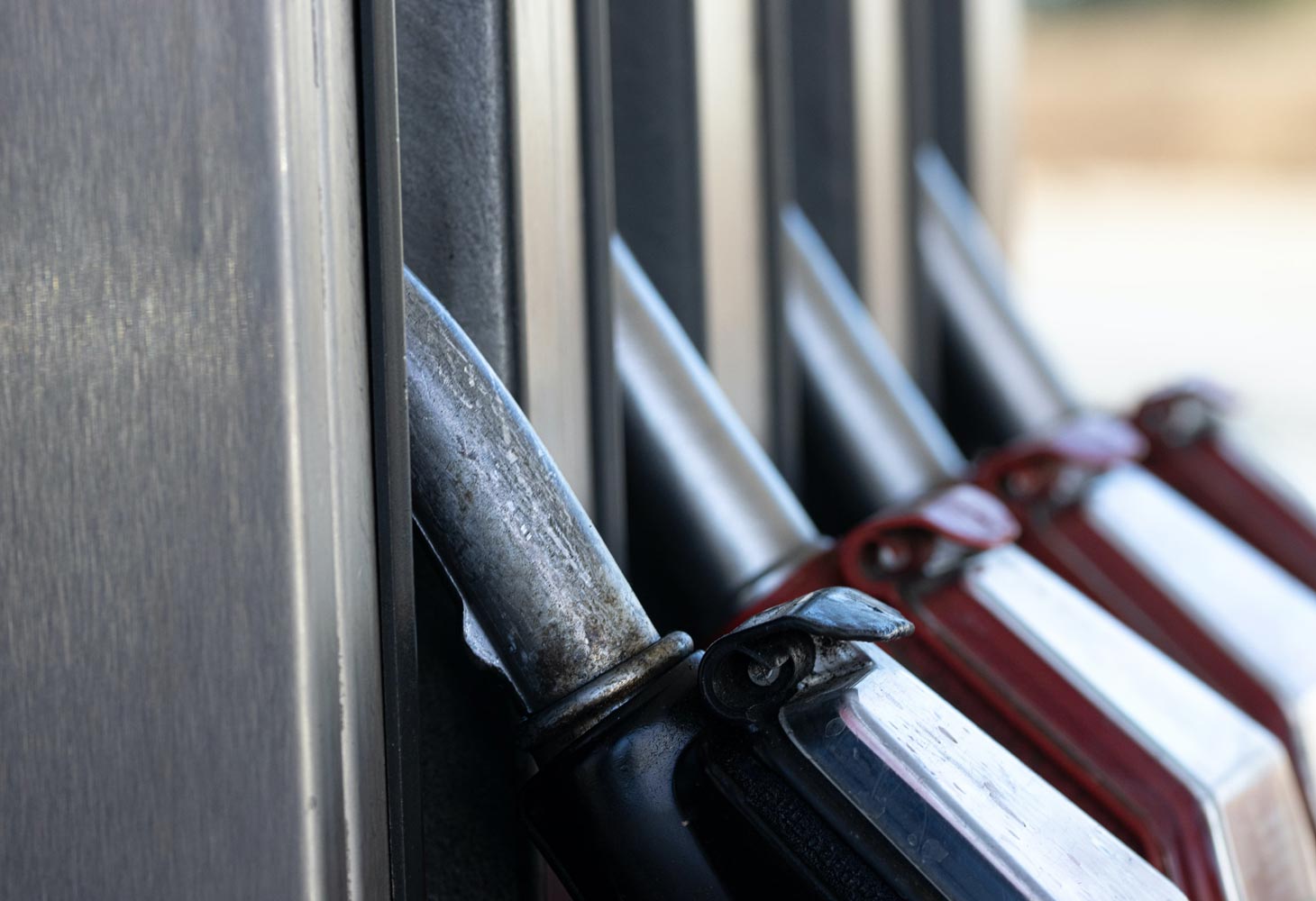 The European Commission held a public consultation on the revision of vehicle fleet emission targets between November 13, 2020, and February 5, 2021. During the consultation, the concept of a low-carbon fuels crediting system (LCF-crediting) that accounted for the contribution of renewable and low carbon fuels in fleet targets was proposed and received strong stakeholder support.

A total of 1,057 contributions were made during the process, which demonstrated support across all stakeholder categories. 78% of “industry respondents” endorsed the initiative. When asked about the impact of LCF-crediting, three-quarters suggested the measure would increase renewable and low carbon fuel availability in road transport.

The European Union (EU) legal framework divides environmental responsibilities between fuel suppliers and vehicle manufacturers. An LCF-crediting concept allows OEMs to voluntarily purchase credits from fuel suppliers whose production exceeds their fuel supplier obligation and count the corresponding emissions reductions against their fleet emissions. Proponents of LCF-crediting suggest this allows climate targets to be achieved even under “suboptimal” circumstances while providing consumers the option to choose the most suitable low carbon technology.

The eFuel Alliance, a political platform that fosters the market development of synthetic fuels, strongly advocates for the introduction of LCF-crediting. The association consists of over 170 companies along the entire fuels value chain, including a growing membership base outside of Europe.

Most car markets have implemented a tank-to-wheel approach for carbon dioxide (CO2) emissions, measured at the tailpipe. Tobias Block, head of content and strategy at the eFuel Alliance, highlighted concerns to F+L Magazine that this approach does not consider the entire lifecycle footprint. An electric vehicle is always zero grams of CO2 per kilometre—irrespective of the electricity source, he says. Block called for a more holistic long-term approach for the industry. With an LCF-crediting system, auto manufacturers can sell an internal combustion engine (ICE) so long as they demonstrate that the CO2 footprint over the entire lifetime is compensated for by renewable fuels.

Despite support for LCF-crediting and the apparent opportunity to increase the availability of low carbon fuels, the European Commission (EC) has rejected the introduction of an LCF-crediting system, declaring that there are no benefits for consumers and manufacturers.

EC published the “Fit-for-55” package on July 14, 2021. Fit-for-55 contains legislative proposals to revise the entire EU 2030 climate and energy framework and align it with the targets in the European Climate Law. The proposals include a review of CO2 emission standards for new passenger cars and light commercial vehicles, in which the EU rebuffed the idea of LCF-crediting.

One of the goals of the Fit-for-55 package is to reduce greenhouse gas emissions from vehicles. Block is critical of the 2021 proposals in that they unreasonably dictate the technology mix. Road transport is diverse. For different use cases we need different solutions, he says. The current tank-to-wheel approach will render the sale of non-hydrocarbon fuelled vehicles—primarily electric vehicles—the only way to achieve emissions reductions by 2035. We cannot afford to rely on a single technology approach, he says.

In their Impact Assessment, the EC claimed that the introduction of an LCF-crediting system would blur the responsibilities of fuel suppliers and OEMs, increase the administrative burden and cost of compliance—in turn, the cost of vehicle ownership for consumers, and undermine the effectiveness of the region’s climate efforts.

Established in 1999, Frontier Economics is one of the largest economic consultancies in Europe. The company has previously developed a proposal for an LCF-crediting system for renewable fuels for the German Ministry of Economics and Energy.

Frontier Economics published their report, Crediting System for Low-Carbon Fuels, on November 9, 2021. The research follows a joint letter to the EC by 223 associations requesting the inclusion of a voluntary crediting system for sustainable renewable fuels in vehicle carbon dioxide regulations in May 2021.

Frontier Economics’ report declares that LCF-crediting offers “a step towards a more holistic, resilient and effective climate policy that is technology-neutral, takes consumers’ preferences into account and considers emissions beyond the tailpipe.” The report suggests a crediting system could complement the industry transition to electrification and emphasised the importance of transformation pathways and cumulative greenhouse gas emissions—not just “photo years” as analysed in the EC’s Impact Assessment. LCF-crediting can assist in achieving short-term gaps to target caused by bottlenecks in electricity infrastructure and a resultant underachievement in electric vehicle sales, according to Frontier Economics.

The study quells claims by the EC that LCF-crediting would blur the obligations of fuel suppliers and OEMs. Frontier Economics believes that a simple and pragmatic system could be established with a clear demarcation of responsibilities by linking to an existing monitoring process. The current RED II framework dictates sustainability requirements and certification schemes and already enables renewable fuels to be traced throughout the fuel chain.

Frontier Economics rejects that LCF-crediting would undermine the effectiveness of climate efforts. The report emphasises that the crediting system is based on strict additionality (no double counting) and requires proof of substitution of fossil fuels with renewable fuels. The study compares the benefits to the murky world of electrification where electric vehicles are considered zero-emission irrespective of the source of electricity they are operating on. The company stresses that it is inappropriate to exclude specific technologies and that LCF-crediting provides support for climate protection throughout the entire value chain while avoiding putting “all the eggs in one basket.” Block believes there are still a lot of risk factors in the drive towards electrification, citing concerns around electricity pricing and dependency on battery materials.

On the assertion of additional complexity and administrative burden, Frontier Economics suggests there is limited administrative cost associated with the implementation of a crediting system. A new compliance system is unnecessary as it builds on pre-existing monitoring and reporting processes for the RED II fuel supplier obligation. Compliance checks are straightforward, with minimal additional efforts, they say.

The report criticised the approach of the EC Impact Assessment which, they say, underestimates the environmental benefits of LCF-crediting.  The Impact Assessment treats climate change as a future issue—with LCF-crediting only assessed for 2030 and 2035. Block believes a fuel crediting system could be established quickly, as early as 2024, following a favourable political decision, giving customers back a choice—an electric vehicle or an internal combustion engine with renewable fuels. This would offer positive emissions impacts in advance of a 2030 timeframe, and the ability to use existing infrastructure to transport synthetic fuels.

Questions remain over the capacity of renewable fuels providers to produce above-quota volumes for crediting in the short term. Block acknowledges that in 2024 there would only be small volumes available. However, he emphasises the importance of generating demand to drive greater investment in renewable fuels.

In addition to rejecting the EC’s rationale for exclusion of an LCF-crediting system, the Frontier Economics report was also critical of the methodology of the Impact Assessment, indicating it deviates from the EC’s own impact assessment guidelines. The report suggests the EC research uses the wrong benchmark, is oversimplified, fails to capture basic properties of the vehicle market and therefore does not accurately reflect the value of LCF-crediting.

The EC Impact Assessment does not consider the possibility of target failure and associated impacts on the climate response—in the absence of a crediting system. OEMs missed 2020 emission standards, despite temporary provisions that eased target achievement, and the targets were far less stringent than the 2030 requirements.  Currently, OEMs are expected to reduce average car emissions by 37.5% compared to 2020, though these numbers are set to become more extreme with a further tightening to 55% proposed in the Fit-for-55 package. Four out of 11 manufacturers are set to miss 2021 targets, according to the report. LCF-crediting would play a vital role in filling a target gap and effectively reducing emissions, says Frontier Economics.

Frontier Economics was also critical of EC claims of higher costs associated with LCF-crediting. The authors suggest the EC uses oversimplified analysis based on a single average car of unspecified size and battery volume. To ensure the research was robust enough to make informed policy decisions, they should have differentiated between vehicle types and considered the affordability of different vehicle segments for a variety of consumer groups. No socioeconomic analysis is included in the Impact Assessment and the EC does not conduct a proper cost-benefit analysis, asserts Frontier Economics.

A claim by the EC that the key new vehicle market drivers can be predicted with high precision is disputed in the report. Future vehicle costs are highly uncertain and depend on the prevailing technology and cost of raw materials. The report emphasises that input costs that were expected to decline have recently reversed. Frontier Economics suggests that LCF-crediting offers a “valuable insurance option to achieve transport sector emission targets.”

As politicians continue to debate the Fit-for-55 legislative proposals an about-turn on LCF-crediting appears unlikely. Block believes there is strong support in the European Parliament, however, in the European Council where the member states are in it looks challenging. Germany recently announced it was supporting the commission’s proposal to reject the crediting system. Spain is in the same boat and France remains neutral as it holds the presidency. Several stakeholders are fighting against LCF-crediting—such as NGOs and environmental groups. If they want to ban the internal combustion engine, they know they need to stop the crediting system, says Block.

With the current supply chain challenges, in particular, the shortage of computer chips for electric vehicles, and the Russian-Ukraine war further complicating the political and economic landscape, a Plan B such as the LCF-crediting system, may be a more pragmatic approach to the energy transition.

Block is hopeful of a more favourable political decision when it comes to heavy-duty transport. The consultation period for heavy-duty trucks is underway, a segment where it is more obvious that electric mobility is not the only solution. However, Block raised concerns about the leading nature of the questionnaire and fears this may follow the same pre-determined path as for light-duty vehicles.

Decisions around LCF-crediting are very important for the entire industry. Why should the fuel producers invest in renewable fuels, even if there are binding quotas, if all the vehicles on the road will become electric? A crediting system will keep a window open for the fuel industry, outside the much smaller aviation and shipping markets, and trigger greater investment.