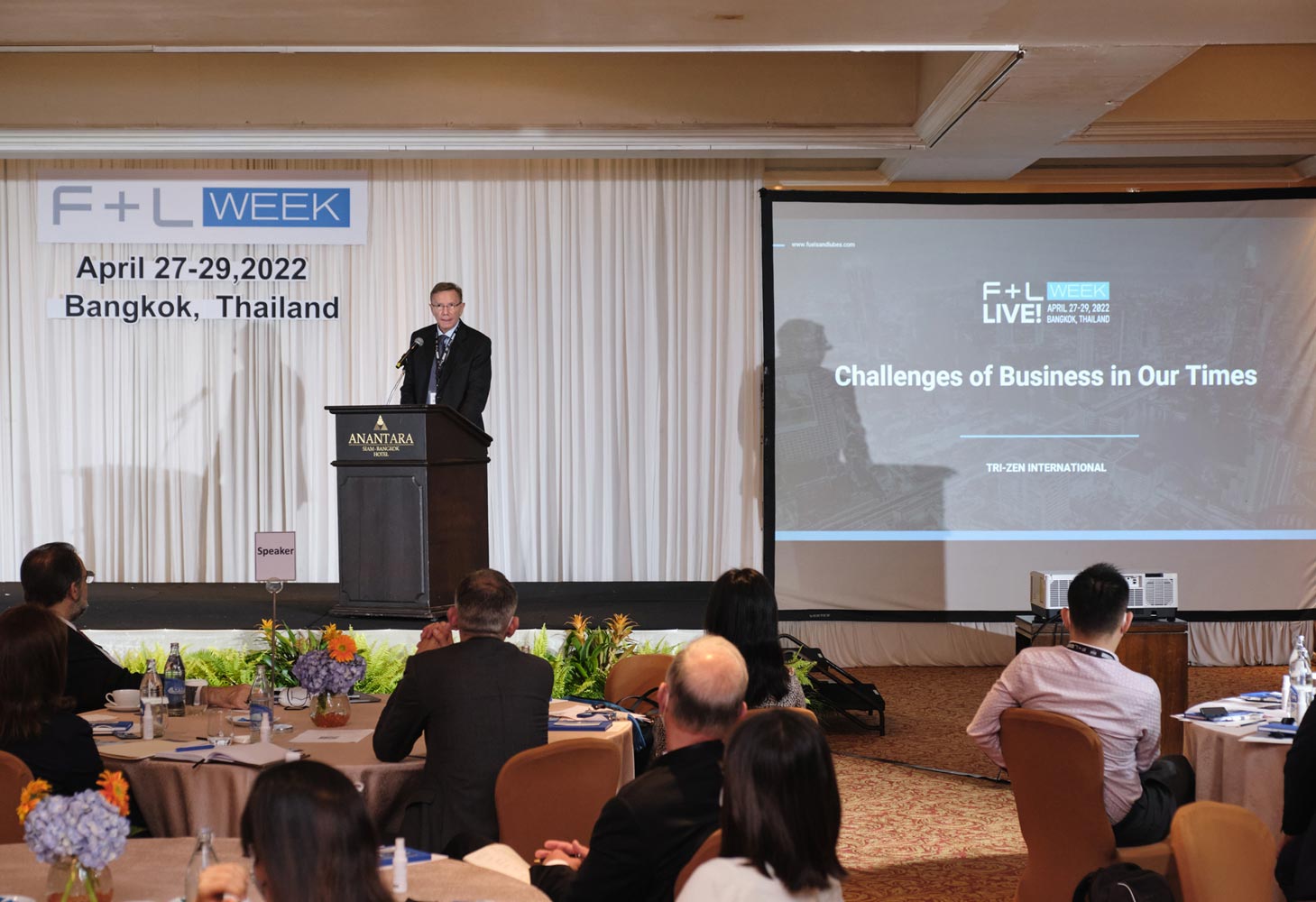 Steve Puckett OBE, founding director of Tri-Zen International, a private business based in Singapore and focused on strategic advisory and consulting, has been involved in the energy industry for more than 40 years. Recognised for his lifetime achievement in the energy industry during F+L Week 2022 in Bangkok, Thailand, Puckett provided a keynote presentation on The challenges of business in our times, with a particular focus on the global energy transition. In his address, he highlighted a series of parallel challenges and uncertainties “like I’ve never seen in all my years in the business.” And Puckett has seen a lot over the past four decades.

“The world is encountering several major long-term issues—mostly without clear solutions,” says Puckett. He identified several key challenges faced by businesses including energy security, sustainability and the energy transition, widening income inequality, supply chain turbulence and fractured geopolitics. During his presentation, he provided a perspective on the realities of today to bring “a degree of realism” to the conversation.

Energy is essential for societies to progress; however, a significant proportion of the global population does not have access to reliable energy. Puckett emphasised the importance of traditional sources of energy in maintaining energy security moving forward. Projections from ExxonMobil, based on currently available trends and the oil major’s deep understanding of the market, indicate that oil and gas will continue to play a leading role in the energy mix to 2050— driven in part by commercial transportation and chemical feedstocks.

Natural gas will grow the most and will account for approximately 30% of all energy demand in 2050, substituting coal in many applications. Although, coal remains significant in some parts of the developing world. Even though natural gas reduces emissions by around 60%, there is reluctance around employing gas for power generation to replace coal, says Puckett. Wind and solar energy, both excellent alternatives, have their limitations, he says. Puckett also welcomed recent moves to safer nuclear power generation with improved technology.

Electricity will grow rapidly as developed countries and forward-thinking businesses pursue electrification of transport and target industries where electrification is readily achievable. Growth in electricity usage will however require a substantial expansion and investment in both generation and distribution.

Puckett was sceptical about some claims of electric vehicle uptake and the phaseout of internal combustion engine vehicles. The United Kingdom, for instance, announced it would ban the sale of new combustion-engine vehicles by 2030. However, the country has limited back capacity available to achieve the level of electricity generation required to fuel electric vehicles and is reliant on France for electricity imports, via two massive power cables. The UK would likely need three times more generation capacity, in addition to the substantial requirement for infrastructure for distribution, were all transport to go electric, suggested Puckett.

Hydrogen is gaining increasing attention as a substitute for traditional fuels. While this is an “interesting development,” it is unlikely to “move the needle” of the energy transition by 2050, says Puckett. “World-scale plants” are under development in Asia, the largest with a hydrogen capacity of 200,000 tonnes a year. However, the equivalent 550 tonnes per day is incomparable to an estimated 14 million tonnes of oil currently consumed around the globe each day. For hydrogen to feature significantly in the energy transition it would require a huge amount of investment and technological advances, he says.

Climate change is seen as the greatest issue facing the planet. Changes to our environment include the melting polar ice caps, ocean level rises, warming glacial peaks, flooding, and disruptive weather events. The energy transition is just one solution, but it is the one that most impacts our industry, says Puckett. Dialogue began more than 30 years ago with the first report of the Intergovernmental Panel on Climate Change (1990); however, global progress has been limited, to say the least, says Puckett.

Technological capability has a habit of surprising and sometimes exceeding expectations. Nevertheless, Puckett believes expectations around the pace of change for the energy transition are unrealistic due to the scale of the climate issue. Societal choices and actions implemented in the next decade will determine the extent to which medium- and long-term pathways will deliver higher or lower climate-resilient development.

Initiatives to achieve net-zero emissions in the 2050 timeframe in the so-called developed world will be inadequate to abate the impact on the climate. “Zero is not enough. That is because, try as they might, many developing nations and hard-to-abate sectors will not be able to achieve zero emissions by 2050,” according to the 2021 DNV – Pathway to net zero emissions. DNV is an independent expert in assurance and risk management. Puckett also notes the anticipated increase in the global population by two billion more people by 2050 and the continuing impact population growth will have on global emissions.

At a time when we need compelling action on the pathway to net zero, we find ourselves in the middle of a perfect storm. Puckett drew attention to the rise of nationalism versus globalisation impacting supply chains; geopolitical disruption and divergence; diminishing global leadership; the pandemic event; tightening and far-reaching regulation; alongside the current insanity of the Russian invasion of Ukraine. Countries are becoming toxically polarised at a time when global cooperation and leadership are critical to achieving climate objectives.

Puckett also emphasised the scale of investment required to achieve climate goals. Estimates indicate up to USD100 trillion will be necessary over the next 30 years, most of which is unbudgeted. The huge cost of the energy transition will be shared by governments, from funding raised by taxes, and by businesses, which in some part will be borne by consumers via higher prices.  Puckett expects a degree of societal push-back against increased taxation and price rises.

In Asia, sustainability has yet to become a regulatory reporting requirement. This will change very soon, says Puckett. Boards are increasingly required to show how sustainable issues and the impact of climate change are being addressed. During his presentation, Puckett offered a framework for business leaders to establish and support change within their organisations.

To better understand the impact of climate change on businesses, Puckett stressed the importance of assessing the current exposure of a business including its carbon footprint, government-imposed obligations, the sentiment of stakeholders and its preparation for weather events. He also noted the importance of establishing emissions targets and metrics to ensure board responsibility and oversight on climate issues.

Assessing operating and capital costs is also important and companies need to identify potential future stranded assets. Other notable actions include the consideration of the future regulatory and reporting environment, insurance cover and the impacts of possible future carbon taxes. Puckett also outlined a need to assess the knowledge and skills of management, workforce, and specialists.

There are no easy solutions to the broader global challenges around sustainability. The time for businesses to prepare and to act is now. “The message is very, very clear—adapt and prosper,” says Puckett, who highlighted several resources that are available to assist in a company’s climate efforts.

The World Economic Forum (WEF) is an international non-governmental and lobbying organisation, based in Switzerland. WEF has developed a set of climate governance principles to embed climate considerations into board decision-making—so they can understand and act upon the risks and opportunities it poses to long-term resilience and business success. The Climate Governance Initiative (CGI) framework extends from climate accountability and board structure, strategic and organisational integration, through to reporting, disclosure and exchange of risks.

Puckett also pointed to the Task Force for Climate-related Disclosure (TFCD), a framework designed to improve the understanding of climate risks on businesses, to support their forecasting and capital allocation. The structure provides a practical and progressive approach for businesses to handle the topic. TFCD is based on four key elements—governance; strategy, including financial planning; identifying, assessing and managing climate-related risks; and metrics and targets used to manage relevant climate-related risks and opportunities.

Energy security, energy transition and sustainability have become an increasingly prominent priority and the biggest challenges will likely be in the developing world.  Realism when assessing the available options moving forward is essential and as yet limited in its wider acceptance.  Oil and gas, alternative energies and new technology development will all have their role to play to meet the needs of security and transition to net zero and beyond. 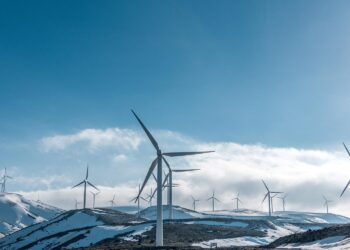 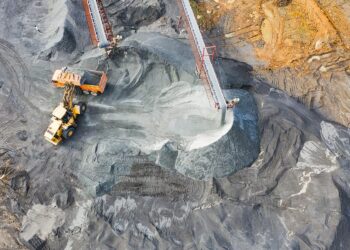