CORRGUARD FLEX is the newest addition to the metalworking fluid portfolio of ANGUS Chemical Company. It offers extended fluid life and compliance with global regulations. The need for this product arose from some of the main concerns of ANGUS’s metalworking customers, many of whom use existing products in the CORRGUARD line, said Kent Alexander, marketing manager for ANGUS. For example, customers had been combining two CORRGUARD products, one that neutralises and one that extends fluid life, and had been asking for a product that combined both of these effects. Being 100% water soluble, it is easy to formulate and does not bio-accumulate in the environment.

“Part of why we call it FLEX,” Alexander said, “is that it can be used with a wide range of biocides and amines.” CORRGUARD FLEX is not itself a biocide, he added, but it enables biocides to be more effective. Microbial growth occurs the most in diluted products that are in use in a system, and biocides help to curb this growth. At the same time, biocide regulations are becoming increasingly tight.

One of the most advertised aspects about CORRGUARD FLEX is the fact that it has low secondary amines, lower than 2%. “The industry is moving away from the use of secondary amines,” Alexander said. Amines are used to increase the pH of a fluid to a more worker-friendly level, as is often necessary in products where acids have been added for benefits such as corrosion control and biostatic properties. CORRGUARD FLEX, while designed to neutralise these acids, is a primary amine. Secondary amines have two carbon groups branching off the nitrogen molecule, making it a less stable molecule. Furthermore, they are known to form nitrosamines, which are known to be cancer causing. Having low secondary amines is key to meeting global regulations, he said.

Compliance with global regulations is one of the main things customers want, said Nicole Webb, who provides technical support for CORRGUARD FLEX customers. The product is currently available in the United States, Australia, Canada, China, the European Union, Japan, Korea, New Zealand, the Philippines and Taiwan. Additionally, it is REACH-compliant.

“To have that right out of the gate is rather unique,” said Webb.

Customers are mainly excited about the fact that FLEX makes formulating easy, Alexander said. It makes adding CORRGUARD EXT, ANGUS’s life-extending additive, easier to add. Alexander said that because of this extension in tool life with the two additives, he thinks that most customers will use CORRGUARD FLEX alongside other additives. He said that it could also be used on its own, yet the testing for a stand-alone additive takes longer than the testing for a drop-in component, so the testing for using CORRGUARD FLEX on its own is not yet complete.

ANGUS has CORRGUARD FLEX available in commercial quantities. Alexander added that since ANGUS is now held by Golden Gate Capital after its divestiture from Dow Chemical in 2015, this product represents a renewed focus on a nimbler, quicker-responding technology platform. The new focus for ANGUS is on strengthening relationships with customers and investing in research and development, he said. Based in Buffalo Grove, Ill., U.S.A., the company specialises in nitroalkanes and their derivatives. 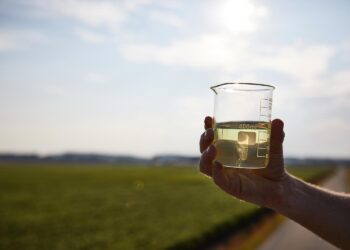 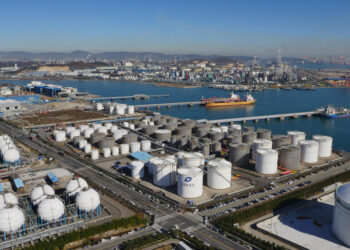