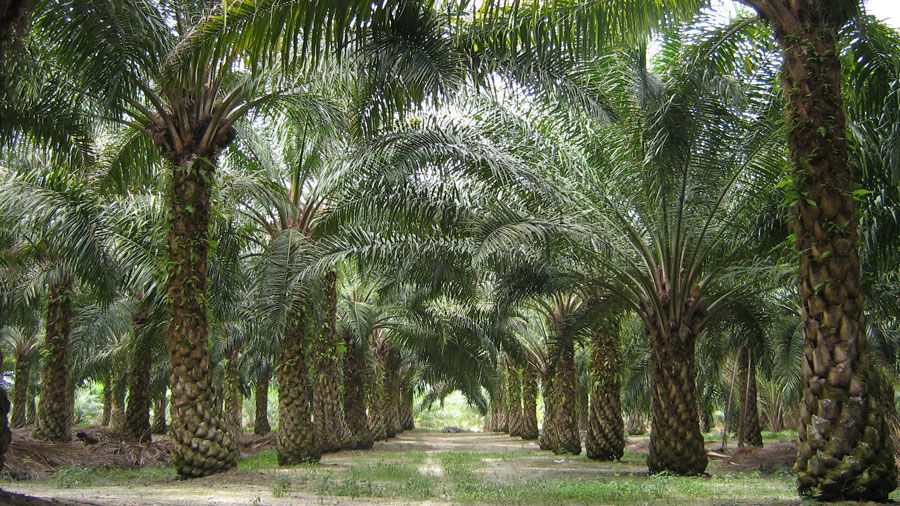 Global palm oil production is approximately 63 million tonnes per year. The European Union (EU) is the second largest importer of crude palm oil in the world. But did you know that more than 50% of palm oil imported into the EU, approximately four million tonnes, is used to make so-called “green” fuel?

In June 2018, the EU agreed on the Renewable Energy Directive (REDII) which regulates the use of biofuels in the EU. There was a provision in it mandating the EU Commission to propose a methodology/criteria to identify high and low ILUC (indirect land use change) risk biofuels. Those biofuels qualified as ‘high-ILUC risk’ cannot grow above each country’s 2019 consumption levels and should gradually decrease from 2023 onwards, until reaching 0% in 2030. The criteria sets that palm oil biodiesel is considered high-ILUC risk, leaving other harmful biodiesels such as soy biodiesel out of the category of high-ILUC. Furthermore, the REDII, formally adopted in December 2018, sets national limits for all food-based biofuels. While the limits do not prohibit member states from importing and use of these fuels, countries can’t count food-based biofuels for the renewable energy targets beyond their national limits.

The new law also scraps the target for food-based biofuels after 2020. This means that European countries are no longer forced to subsidise food-based biofuels in order to meet EU’s green energy targets for 2030. For advanced fuels, the new law sets a de facto target of 7%. Half of that will need to come from advanced biofuels from waste and residues whilst the rest is expected to come from renewable electricity and other fuels.

Biodiesel made from virgin vegetable oil is the most popular and cheapest biofuel currently available in Europe, representing a market share of more than three-quarters in 2017. Of all biodiesel, palm oil has the highest greenhouse gas emissions — three times the emissions of petroleum-based diesel fuel, according to a study by Europe’s federation of green transport NGOs Transport & Environment (T&E) entitled “Globiom: the basis for biofuel policy post-2020,” which was based on a study commissioned by the EU Commission’s DG Energy [1], published in April 2016.

In the report, T&E compared the different figures for indirect land use change emissions for different biofuel feedstocks as per Globiom (see footnote 1), with that of the International Food Policy Research Institute (IFPRI), which concluded that indirect land-use change of biofuels was significant and in many cases worse than fossil fuel (as is the case for all biodiesel). In contrast to the IFPRI study, which was the basis for the revised RED, the Globiom report only calculates land-use change (LUC) emissions resulting from additional demand for biofuels in Europe. But it is more detailed and offers more “refinement,” according to T&E.

The destructiveness of palm oil is well documented, with scientists linking the cultivation to faster deforestation and peatland drainage in Southeast Asia and around the globe. Not only is global palm oil production one of the main threats for 193 critically endangered, endangered and vulnerable species, according to the IUCN Red List of Threatened Species, but deforestation also has severe consequences in the battle against climate change. The carbon dioxide stored in trees and soil is released into the atmosphere when forests are cut down and peatlands are drained, and contributes to global warming.

Thus, the European Commission’s decision to label palm oil as “unsustainable” and not a green fuel on 13 March 2019 was considered by Transport & Environment as a milestone, although with caveats. Originally, the EU’s Renewable Energy Directive was introduced to accelerate the uptake of renewables such as solar and wind, but its transport chapter has promoted the use of food crops like palm oil, rapeseed oil and soybean oil, to make so-called first generation biofuels.

The Commission’s announcement of a delegated act identifying high indirect land use change risk feedstock for biofuels is an addendum to the earlier REDII. The delegated act sets specific criteria for both determining high ILUC-risk feedstock where “a significant expansion of the production area into land with high-carbon stock is observed” and low ILUCrisk biofuels, bioliquids and biomass fuels.

Delegated acts are legally binding acts that enable the Commission to supplement or amend non-essential parts of EU legislative acts, for example, in order to define detailed measures. The Commission adopts the delegated act and if Parliament and Council have no objections, it enters into force.

The use of palm oil in diesel fuel had grown in recent years off the back of the EU’s renewable energy targets.

Needless to say, the EU’s recent move is politically sensitive. Malaysia is the second largest palm oil-producing country in the world, behind Indonesia, and accounts for 40% of global production. In January, Malaysia’s marketing agency for the edible oil said the proposal to limit the use of palm oil breached global trade rules and lacked comprehensive scientific evidence. The Malaysian Palm Oil Council (MPOC) also accused the EU of selectively choosing their data reference period to demonstrate disproportionate growth in palm oil compared to other crops such as wheat, maize and soybeans.

The delegated act includes several exemptions, for instance the low-ILUC category that still allows for some palm oil biodiesel, and the failure to classify soy as unsustainable. The EU Commission set a threshold on what’s considered ‘significant’ expansion into high-carbon stock areas at 10%. Palm oil’s expansion was 45%, whereas soybean oil’s expansion is 8%, based on the impact assessment. Therefore, soybean oil did not make the cut.

If palm oil production is the consequence of yield increases on existing land or “abandoned” land it may still qualify as sustainable, although still capped under the national-based food biofuels limitations. The act also includes provision for independent smallholder farmers with plots of land smaller than two hectares to be classified as sustainable. Though, independent analysis has suggested these loopholes are not environmentally justifiable.

The delegated act requires a Commission review by 30 June 2021, including an appraisal of factors relating to the small holder’s provision and the revision of the expansion into high-carbon stock areas data, with an opportunity to amend the regulation if required.

Indonesia is not taking the EU’s decision lightly either, with the Coordinating Ministry for the Economy calling the move “a form of discrimination” and indicating they will challenge the decision at the World Trade Organisation (WTO). The Indonesian government disputes the EU’s risk assessment of carbon emissions, suggesting the change is politically motivated as it seeks advantages for local EU commodities such as rapeseed oil. The Indonesian Government also plans to lobby EU member states to reject the delegated act.

Malaysia has signalled it may implement retaliatory actions against European exports, to fight what it calls an “aggressive protectionist measure.”