The decision to enter a new industry is always a balancing act between evaluating the potential for growth alongside the undeniable risk of stretching beyond a business’ existing scope of expertise. Identifying the opportune time to take this leap of faith can ultimately mean the difference between success and failure. It is extremely rare for both planned and fortuitous elements to align at the appropriate moment. However, this “perfect storm” presented a sizeable opportunity to South Korean specialty chemical maker Songwon Industrial Group a few years ago, culminating in a decision to enter a new market.

The South Korean company is the second largest manufacturer of antioxidants for polymer stabilisers in the world, and offers an extensive array of specialty chemicals for a diverse range of industries. Songwon is also the largest producer of phenolic antioxidants in Asia. Founded in 1965 in Busan, its headquarters is now based in Ulsan, South Korea — strategically chosen for easy access to the Pacific. Songwon boasts state of the art manufacturing facilities in Ulsan — an oil, petrochemical and automotive hub.

A significant shift in the competitive landscape, a globally expanding antioxidant market and growing demand in Asia from companies relocating their production of lubricants, a robust performance in Songwon’s core business, and a management team prepared to invest in long-term sustainable growth, all combined to enable a seamless transition into the lubricant antioxidant market.

In 2015, the Korean Exchange (KRX) listed company, with the founding family still involved in the business, celebrated its 50th anniversary. In the same year, Songwon extended its focus to supplying antioxidants for the fuels and lubricants industry.

“With more than 50 years’ experience in stabilisation technology, and as a major supplier of antioxidants, we are well placed to extend our additives range for fuels and lubricants,” says Olivier Keiser, leader of Fuel & Lube Additives.

Recently, Songwon expanded its antioxidant range for lubricants. The company launched a brand new product SONGNOX® L670 during the Annual Meeting & Exhibition of the Society of Tribologists and Lubrication Engineers (STLE) in Atlanta, Ga., U.S.A., in May. SONGNOX® L670 is a nonylated diphenyl amine antioxidant (ADPA) that combines with SONGNOX® L135 liquid phenolic antioxidant for use in various automotive formulations.

The SONGNOX® L670 launch complements the company’s existing range of phenolic antioxidants for fuels and lubricants, most of which are in liquid form. The two main antioxidants used in the automotive market are the liquid phenolic C8 and C9 aminic, accounting for more than 90% of the volume. The arrival of SONGNOX® L670 means Songwon “now is a world scale producer of both of those essential products,” says Keiser.

On the recent decision to diversify, Keiser admits the company looks for markets that provide “room for us to play,” to take advantage of their economy-of-scale production units in South Korea. He says, the company has always focused on building “the right plants” to provide a foundation for growth, and suggests the organisation is ideally situated to support fuel and lubricant customers extending blending activities into Asia.

Certainly, Songwon has demonstrated impressive growth over the past decade. The organization has “basically tripled in size” over the past 10 years, says Keiser, with current revenues of about USD700 million. Reported gross profit in 2016 was 25.6%, a 4.3% increase year-on-year. These excellent financial results suggest this strategy is working for Songwon.

Keiser caveats that this astonishing growth has been equal parts good management and good fortune, confirming the role of various market factors in the company’s expansion.

A market and industry that kept growing, and shifts in the competitive landscape were influential, he says. In particular, in 2005 the merger of Great Lakes Chemical Corporation and Crompton Corporation to form Chemtura, a key player in the antioxidant market, coincided perfectly with Songwon’s decision to extend its focus beyond Asia and lead to a spectacular growth in the polymer stabilizer market, allowing Songwon to grow into the second largest supplier of antioxidant for plastics.

For the business unit lubricant additives, the target is to repeat a similar growth path and grow from being a regional producer to a major global supplier of antioxidants. The acquisition of Chemtura by Lanxess is certainly creating additional opportunities, he adds.

More importantly, the organisation is prepared to invest in the necessary physical assets, including the biggest single antioxidant plant in the world for phenolics, and secure the right people. Founder of Songwon, Kyoung-jae Park, was a strong believer that to be successful on a global stage, you need global experience. It’s no coincidence Songwon’s board and management team includes representation from multiple countries throughout Asia, Europe and the U.S.A.

For a company whose tagline is “it’s all about the chemistry,” clearly the expertise of their chemists is paramount. And as a matter of principle, all of the processes being used by Songwon are proprietary. The company insists “wherever possible” to use their own technology and are very proud of this differentiation.

A strong global framework has been central to the success of the organisation. While the majority of research and development is completed in Korea, they are supported by strategically based manufacturing facilities throughout the world. This provides Songwon the ability to execute locally, capitalising on regional growth opportunities and mitigating economic risk.

Industry analysts have reported declines in lubricant usage across established markets. However Gerard Mulqueen, who has 25 years’ experience in the fuel and lubricant industry and is global business manager, advises that the growth of their business unit remains “slightly above GDP.” He says that antioxidant additives volumes in certain lubricant markets are increasing, driven by increasingly stringent emissions regulations. He estimates this market at around 250,000 metric tonnes per year.

Additives are used in small quantities to extend the life and performance of fuels and lubricants. Antioxidants are particularly important additives, helping minimise degradation of the product because of oxidation. “Aminic and phenolic antioxidants retard oxidation in the oil by reacting with radicals produced in the lubricant: in engine oils this helps to extend the drain interval,” says Mulqueen. “By preserving the integrity of the oil for longer periods antioxidants help maintain viscosity, reduce deposit and foam formation and guard against the production of corrosion species, whilst protecting the oil at higher temperatures.”

Despite Songwon’s strong growth, Keiser advises the company has not yet focused on the large, and potentially lucrative, Chinese market. At present, the company’s efforts are directed at doing the “right things right” and sustaining growth with existing customers. Most of Songwon’s current activities in the Asian powerhouse are “riding on the back of multinationals to get into China.” A migration of large corporations to Asia has been to the benefit of Songwon.

In the meantime, the company intends to continue to build a stable platform first, before using that platform to chase further growth. 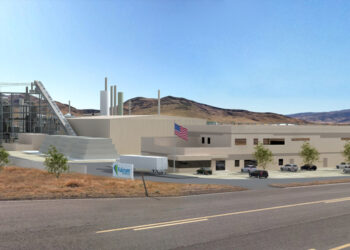 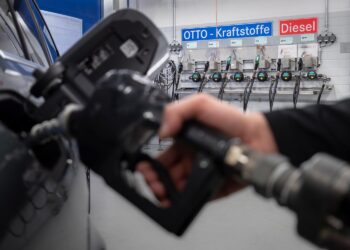