Will airlines have to choose between survival or sustainability?

The Covid-19 pandemic has decimated airline travel. Every region has experienced evaporation of demand that has left airports empty and aircraft parked. Airlines have been forced into self-preservation measures to reduce cash burn and remain afloat including historic capacity cuts, redundancies, sale of assets, retiring older aircraft and simplification of onboard products.

Some airlines have not survived. On the 3rd of June, an update on the impact of Covid-19 from Airlines for America (A4A), the industry trade organisation for the leading U.S. airlines, highlighted four U.S. and a dozen non-U.S. operators that have experienced bankruptcies or shutdowns since the 1st of March. While A4A data indicates the number of idle aircraft may have peaked in Mid-May, demand for future U.S.-related air travel was down 85% in the week ending the 24th of May.

Covid-19 has left U.S. carriers highly leveraged and staring down the barrel of a long recovery as passengers, understandably, put health concerns ahead of travel aspirations. It took more than seven years for passenger volumes to fully recover from the Global Financial Crisis. Cargo took a decade. Even when air traffic resumes after the sharpest economic contraction since World War II, low-yield transport is likely the first wave of demand.

While airlines have been haemorrhaging cash, lower jet fuel prices provide slight relief for operators. A supply glut of aviation fuel has forced producers to discount fuel to incentivise uptake. What does this plentiful supply of cheap jet fuel mean for the aviation industry’s sustainability agenda?

On the 6th of May, the Commercial Aviation Alternative Fuels Initiative (CAAFI) held a webinar on the State of Sustainable Aviation Fuel (SAF). Executive Director Steve Csonka expressed confidence in the enduring value proposition of civil aviation — and in sustainable fuel’s role in that future. The CAAFI representative emphasised key guiding principles of sustainability, availability worldwide, and creating a pathway to competitive pricing.

Aviation has adopted ambitious targets for the reduction of carbon dioxide (CO2) emissions from air transport, including a cap on net aviation CO2 emissions from 2020 and a reduction in net aviation emissions of 50% by 2050, relative to 2005 levels. Improving aviation technology, which incorporates the deployment of sustainable low-carbon fuels, is a principal pillar to achieving these goals.

The airline industry has not taken its focus off the need for SAF, says Csonka, citing new producer explorations and outreach; airport instigation of broader engagement by state governments; third party explorations; and heightened government interest. The industry is also working on a policy approach to level the playing field with diesel fuel and to enable petro-jet price parity, he says.

Any activity that fosters support for alternative fuels is encouraging. However, there is no avoiding the dire situation confronting the aviation industry. Survival is of paramount importance. You could forgive operators for parking their sustainability plans during these uncertain times.

There is significant interest from commercial and business aviation in acquiring SAF supply. Though, adoption of sustainable fuels is your classic chicken and egg situation, says Csonka. Airlines can only purchase initiating volumes of SAF due to high pricing; whereas SAF pricing is unlikely to drop until higher production volumes are achieved. CAAFI believes airlines will buy all available SAF when it is competitively priced. Additional policy support is warranted but not broadly forthcoming, he says.

The current supply of SAF is limited. In the United States, where there have been four years of sustained commercial SAF use, there is just one notable SAF production facility remaining in operation, with two more under construction. Renewable diesel fuel is favoured in policies, says Csonka. Operations at renewable chemicals and advanced biofuels company Gevo’s biorefinery in Luverne, Minnesota, U.S.A., have been suspended due to market impacts associated with the Covid-19 pandemic. Though, the company continues to produce some renewable gasoline and jet fuel at its Silsbee, Texas, U.S.A., plant.

During his presentation, Csonka detailed improvements to the aviation fuels qualification process that will enhance the availability of SAF. Several emerging technologies offer potential to lower costs or increase value by enabling plentiful feedstocks, or by finding higher value for production slipstreams or by-products.

Seven SAF production pathways have now been accepted through the current aviation approval process, representing a broad range of feedstocks. ASTM D7566 Annex A6 was published on the 29th of January and establishes criteria for the production of catalytic hydrothermolysis jet fuel (CHJ), a type of synthetic kerosene derived from fatty acids and fatty acid esters. The developer, Euglena Co., Ltd, completed the construction of Japan’s first demonstration plant for the production of renewable jet and diesel fuel on the 31st of October 2018.

The most recently approved fuel is ASTM D7566 Annex 7. Balloting was completed on the 2nd of April 2020, with the pathway published in May 2020. The annex qualifies a type of synthesized paraffinic kerosene from hydrocarbon-hydroprocessed esters and fatty acids (HC-HEFA-SPK). The fuel was developed by Japan’s IHI Corporation, a comprehensive heavy-industry manufacturer that produces ships, aircraft engines, industrial machines, power station boilers and more.

Annex 7 was the first pathway to utilise the Federal Aviation Administration’s (FAA) D4054 Clearinghouse as well as a new Fast Track Annex. Established in 2017, the D4054 Clearinghouse provides a single primary focal point to conduct evaluations of prospective alternative fuels. The fast track option allows conventional hydrocarbon compositions to forgo much of the regimented testing that might be required in standard approvals. Though, fuels utilising this annex are subject to a maximum blend limit of only 10%.

Csonka also highlighted collaboration with the petroleum industry to expand the feedstock definitions in ASTM D1655, the standard specification for aviation fuels. The co-processing of fats, oils and greases has been approved, and FT Biocrude co-processing was also passed at the end of March, he says.

Utilisation of knowledge gleaned from the National Jet Fuel Combustion Program (NJFCP) to facilitate fuel qualification is a further initiative outlined by Csonka. The objective of the NJFCP fuels program is “to develop combustion-related generic test and modelling capabilities that can improve the understanding of the impact of fuel chemical composition and physical properties on combustion, leading to accelerating the approval process of new alternative jet fuels,” according to the Aerospace Research Central website.

Application of NJFCP may provide OEMs more confidence to limit some of the mandated testing, providing time and cost savings and freeing up scarce testing resources. Csonka suggests the results of the multi-year collaboration may lead to changes in the D4054 process. He says 19 fuels are currently being evaluated under NJFCP methods.

CAAFI has a “fundamental interest in working with very early fuel readiness level concepts.” The organisation’s R&D team has initiated alternative jet fuel (AJF) pre-screening which includes a two-tier fuel pre-screening process to continue to optimise time and effort in the development of SAF. Testing requires only 500ml of neat fuel for limited and targeted tests that might save voluminous fuel and cost requirements.

CORSIA is a global market-based measure that was adopted by the 191 member states of the International Civil Aviation Organisation (ICAO) on the 6th of October 2016. The scheme monetises carbon through the use of offsets — enabling SAF users to reduce the level of offsets required for an individual obligated party. ICAO is currently in the process of finalising the implementation of CORSIA, says Csonka.

The volume of activity from fuel producers appears promising, and the general feeling is that SAF manufacturers have the cash levels to weather the current crisis. Whether airlines continue to adopt SAF in the short term remains to be seen. Perhaps, with the stroke of a policy pen, things could change significantly tomorrow, says Csonka. 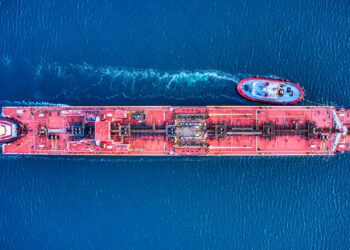 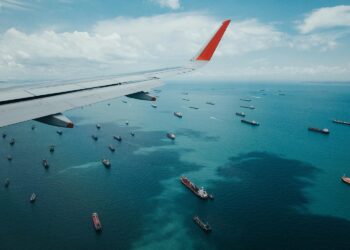