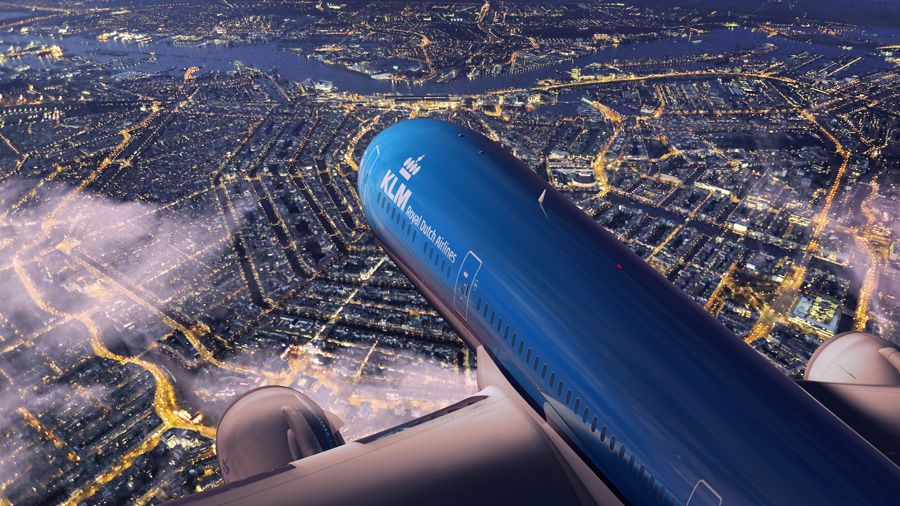 A slowing of global oil demand is projected over the next decade and a half, with demand peaking in the early 2030s. Energy Insights, a McKinsey company dedicated to energy intelligence and analytics, released its ‘Global Downstream Outlook to 2035’ in July 2019. The report predicts 0.5% per annum oil demand growth from 2018 to 2035, significantly lower than the +1% average growth witnessed over the past three decades.

An increase in the penetration of electric vehicles is central to declines in oil demand. Road transport and power will both suffer declines in demand growth. However, the prognosis for the aviation industry is more favourable for oil producers. The outlook estimates global aviation liquids demand will achieve a compound annual growth rate (CAGR) of 2.3% to 2035, alongside the continued growth of the aviation industry.

About 4.4 billion passengers were carried by the world’s airlines in 2018. According to statistics from the Air Transport Action Group (ATAG), a not-for-profit association that represents all sectors of the air transport industry, these flights produced 895 million tonnes of carbon dioxide (CO2). The global aviation industry produced 2% of all human-induced CO2 emissions.

The aviation sector is increasingly conscious of the impact its activities are having on the environment and the challenge of reducing carbon emissions. The International Air Transport Association (IATA) has adopted “ambitious targets” to mitigate CO2 from air transport. The targets included an industry commitment to improving average fuel efficiency by 1.5% per year from 2009 to 2020, and a reduction in net aviation CO2 emissions of 50% by 2050, from 2005 levels.

Efforts to reduce the use of fossil fuels are wide-ranging and include optimisation of route networks and airline timetables, and a new generation of jet aircraft that are cleaner and significantly more fuel-efficient.

While these fleet renewal and operational gains provide welcome improvements, the biggest impact on CO2 reductions in the aviation industry, in the short term, is through the use of sustainable aviation fuel (SAF). Unfortunately, not enough sustainable kerosene is currently being produced.

The IATA is a trade association for the world’s airlines and counts 290 airlines as its members, representing 82% of total air traffic. The organisation assists in formulating industry policy on critical aviation issues and supports global standards for airline safety, security, efficiency and sustainability. During the organisation’s 75th Annual General Meeting and World Air Transport Summit, held in Seoul, South Korea,  from 1-3 June 2019, IATA renewed the emphasis on SAF in its resolution pronouncement — urging all IATA members to participate in the long-term energy transition of air transport towards sustainable aviation fuels. The organisation believes that SAF manufactured from sustainable raw materials is “the only way to significantly reduce the dependency on fossil kerosene in the near term while supporting the sustainable growth of air travel.” SAF is the key to achieving the industry’s 2050 commitment.

Since it was founded in 2010, SkyNRG has been focused on fast-tracking the development of sustainable fuels. On 27 May 2019 the Amsterdam-based organisation, together with partner investors KLM Royal Dutch Airlines and SHV Energy, announced the construction of a new production facility for SAF in Delfzijl, the Netherlands. The DSL-01 project is the first dedicated European plant for SAF and is scheduled to open in 2022.  The facility will produce 100,000 tonnes of SAF annually, alongside 15,000 tonnes of bioLPG and additional naphtha capacity. “This project is an important milestone in further upscaling the market for sustainable aviation fuel,” said Maarten van Dijk, executive director of SkyNRG.

The plant will employ regional organic waste and residue streams as feedstocks and will operate using green hydrogen generated via wind and water energy. The use of food crops, such as palm oil and soya oil — a driver of deforestation that destroys habitat and contributes to climate change — is not allowed at the plant. A board of directors that provides oversight for the DSL-01 project includes representatives from WWF International and the European Climate Foundation, offering an insight into the collaboration’s commitment to sustainable practices.

SkyNRG says the new SAF produced at the Delfzijl plant will reduce CO2 by 85% compared to conventional fossil-based jet fuels. From 2022, the company claims the SAFs will reduce CO2 emissions produced by the aviation industry by 270,000 tonnes a year, as well as providing a reduction in sulphur emissions and ultra-fine particles.

KLM Royal Dutch Airlines was founded in 1919 and is the oldest airline in the world. The company, which is part of the Air France–KLM group, has committed to purchasing 75,000 tonnes of SAF per year, three-quarters of the total capacity, for 10 years. SHV Energy, a family-owned multinational organisation that consists of a group of specialised energy companies, has committed to purchasing the bioLPG produced at the new facility for its customers. The company says the investment closely aligns with SHV Energy’s strategy of increasing its share of sustainably produced energy products.

While the SkyNRG development is significant, the move is one of several recent announcements aimed at a more sustainable aviation industry. Waste-to-fuels company Fulcrum BioEnergy started construction of their new Sierra Biofuels Plant in Nevada in May 2019. The manufacturing facility will convert 175,000 tons of household garbage into-low-carbon renewable transport fuel, using its proprietary thermochemical process, when operations commence in quarter one 2020.

Boston-based biofuel producer World Energy stated on 24 October 2018 that it would invest USD350 million in the conversion of its Paramount facility. The development will increase total capacity to 306 million gallons per year (gpy) and provide infrastructure for sustainable aviation jet fuel capacity of 150 million gpy. United Airlines has agreed to purchase up to 10 million gallons of the sustainable aviation biofuel from World Energy over the next two years.