Developing a test that works for both industry and regulators can be challenging. Success, though, can lead to a method that can be applied worldwide.

A case in point comes from California, the most populous state in the United States. Los Angeles, California’s largest city, is infamous for its air pollution and is an air quality non-attainment area, according to the U.S. Environmental Protection Agency (EPA). For many years, the South Coast Air Quality Management District (SCAQMD), the air pollution control agency for all of Orange County and the urban areas of Los Angeles, Riverside and San Bernardino counties, has been working its way through the various industrial categories, trying to mitigate emissions from stationary sources.

As part of this effort, SCAQMD has been working to get volatile organic compounds (VOCs) out of metalworking fluids, which are used in metal removal, forming, protection and treatment. For instance, they may be used to form the fins found in car radiators. After processing is complete, the fluid evaporates. Another use is to displace moisture from parts, leaving behind a surface protectant.

Industry and regulators began working on removing volatile organic compounds from metalworking fluids, together, before 2010. It quickly became apparent that some of the supposedly non-volatile fluids that were used in metalworking actually did evaporate and contribute to emissions. The rate at which this happened was often slow enough that a better name for them might be semi-volatile organic compounds.

On top of this, the existing tests for evaluating VOCs, in paints and coatings for instance, did not work for metalworking fluids. In part, this was because heating metalworking fluids at the temperature and for the time specified often resulted in the formation of decomposition products; this rendered the test useless, in part because such products were not present under normal use conditions.

“The regulators came up with their own method, but it was not reliable,” said Mike Pearce, technical director at Dodge Oil, an independent compounder-blender that operates primarily in southern California. Two different labs running tests on identical machines produced different results, both between labs and over time.

After further investigation and studies about fluid evaporation rates, attention turned to the use of a reliable and precise furnace and scale combination. In this method, a sample was continuously weighed to 10 micrograms’ accuracy and its temperature was measured constantly to within 0.1oC. This was done as a sample was heated from room temperature, 25oC, to as high as 1000oC.

“The folks in the southern California area were trying to develop a methodology that was consistent, reproducible and relatively easy to do,” said John Howell, president of health and safety consultants GHS Resources Inc. of Edinboro, Penn.

Howell headed the group that developed ASTM E1868-10, a test method that was eventually adopted by the southern California regulators. The standard includes specific callouts on how to do the evaluation in a way that satisfies SCAQMD requirements. For instance, for SCAQMD testing the temperature is set to 81oC for 110 minutes, as going higher in temperature degrades the results. Another callout was for the sample size to be 10 millilitres. The test method has just been examined and accepted again by ASTM, through a ballot of its voting members.

The test method has been well received by those in the industry, and has also received approval from the EPA for emission reduction plans involving metalworking fluids and direct contact lubricants in the South Coast and nearby Ventura air districts. Agency spokesperson Melissa Harrison said that the U.S. EPA has approved the relevant SCAQMD rule, number 1144, and Ventura County rule, number 74.31. These rules dictate the use of E1868-10 with the specific callouts for SCAQMD Rule 1144 to determine compliance. However, there is nothing in federal regulations that requires the use of this test method, she clarified.

“A state or local agency could adopt this test method in support of their own regulatory efforts. The state or local agency would need to specify in their regulation that the quality assurance and quality control procedures specified in the ASTM E1868-10 for SCAQMD Rule 1144 are followed,” Harrison said.

The technique could be applied in other locations which could include regions within the U.S. that are air quality non-attainment areas, as well as other cities and locales around the world where air quality is a concern.

Pearce said that industrial users of metalworking fluids used the technique to measure their product and then came up with substitute materials or different processing methods that reduced emissions. He said that solvents escaping into the atmosphere have been reduced by 3.4 tonnes a day—without a cost spike and without any job loss.

However, he did note that industry negotiated with regulators for several years, both in developing the test and the mitigation strategies. His advice to industrial users is to take the same approach when dealing with their own regulators.

“You have to work very, very closely with them,” Pearce said. “At our first meeting with them they told us we were number 233 on the list.”

“They’d already gone after the refineries and the gas pumps, the big polluters. Now they were coming down to the small stuff.” 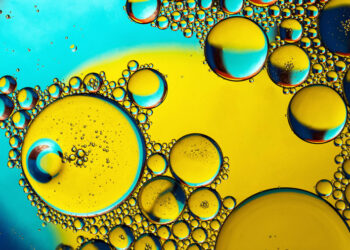 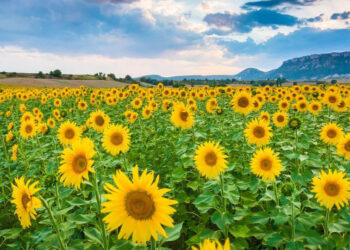