Home / F+L Magazine / The Next 10 Years: ExxonMobil Prepares for 70% Growth in Synthetic Lubricants

The Next 10 Years: ExxonMobil Prepares for 70% Growth in Synthetic Lubricants

Mobil 1 was introduced into the marketplace more than 40 years ago as a multi-grade 5W-20 synthetic motor oil. At the time of its 1974 release, the product was the first synthetic motor oil in the world. Today, Mobil 1 continues to promise world leading anti-wear technology designed to maximise engine performance ‘beyond conventional motor oils.’

Nowadays, the Mobil 1 brand incorporates multi-grade motor oils, oil filters, transmission fluids, synthetic grease and gear lubricants and is produced in a handful of places around the globe. In April 2017, ExxonMobil started producing the flagship synthetic motor oil in Singapore, following completion of a manufacturing expansion project in Jurong. A brand new, highly automated lubricant blending plant is now one of six locations where Mobil 1 is produced and the only location in Asia-Pacific. Alongside this development, a new grease manufacturing facility, on the same site, is the first plant in the region capable of producing synthetic greases, further strengthening ExxonMobil’s foothold in Asia.

Following a two-and a-half-year construction effort, the new grease manufacturing facility was realised during the fourth quarter of 2016. The synthetics lubricant plant was completed in March 2017. ExxonMobil’s momentous expansion was officially recognised during the official opening ceremony on June 6, attended by Singapore Economic Development Board Managing Director Yeoh Keat Chuan and ExxonMobil’s Global Lubricants Operations Manager Terry Neal. Production at the grease and synthetics plants commenced in January and April respectively, ahead of the official opening.

ExxonMobil is one of the world’s largest integrated refiners, marketers of petroleum products and chemical manufacturers. With more than USD20 billion in fixed asset investments, ExxonMobil is also one of Singapore’s largest foreign manufacturing investors. Its assets include refinery operations in Jurong, a petrochemical plant on Jurong Island and a network of service stations under the Esso brand.

The original Mobil lubricant blending plant was established at 39 Shipyard Road back in 1978. Esso, a competitor and trading brand of Exxon at the time, opened its lubricant blending plant two years later, just a stone’s throw away at 35 Shipyard Road. Following the merger of Exxon and Mobil on 30 November 1999, both plants were amalgamated and have operated as one from 2002 onwards.

Change and uncertainty is palpable throughout the lubricants industry. An expanding vehicle population and continual industrialisation, particularly in emerging economies such as in the Asia Pacific region, anticipate on-going demand for lubricants. Conversely, maturing markets such as the United States and Western Europe, increased availability of premium lubricants with longer drain intervals and shifts to alternative automobile powertrains could all restrain growth.

Certainly, worldwide demand for finished lubricants has been flat over the past decade. Kline Group projected an increase to around 42.5 million tonnes by 2024 (a growth rate of less than 1% per year).

Despite this imperfect global outlook, ExxonMobil is upbeat about the future prospects of lubricants. The company predicts robust growth in synthetics as a trend toward high quality lubricants continues. Asia also represents a golden opportunity for expansion, particularly with new frontiers emerging in the region. “Asia was and continues to be a region of growth and a region of promise,” says Neal.

“We see high growth in the synthetic space. We expect synthetics demand will grow by 70% over the next 10 years,” says Teoh Song Ping, Asia Pacific lubricant sales director at ExxonMobil.

He attributes this lofty growth projection to governments’ drive for better fuel efficiency, together with industry’s sustainability challenges.

“It’s very exciting times for us in the lubes business,” he says.

While Gan concedes the highly automated nature of the new plants means they will only create an additional 20 jobs, in addition to the 200 employees at the Singapore lubricant facility, he advises these are highly technical, highly skilled and high knowledge-based jobs.”

The grease manufacturing operation is ExxonMobil’s largest in Asia Pacific, and the only one in the region capable of producing synthetic greases. Asia already claims the highest worldwide demand for greases, more than 50% of global usage, and Gan confirms ExxonMobil has been very successful in this space. The new grease plant will manufacture three key grease product families including Mobilith SHC, Mobilgrease XHP and Mobilux EP.

The new facilities are conveniently, and strategically, located close to key Asia Pacific markets, allowing reliable supply to customers throughout the region. “The expansion of our Jurong lubricant plant both strengthens ExxonMobil’s integrated manufacturing base and helps improve the competitiveness of our business and the industry in Singapore,” says Gan. The new production facilities also “demonstrates the company’s commitment to long-term investments here in Singapore,” he asserts. 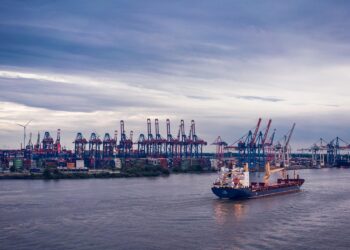 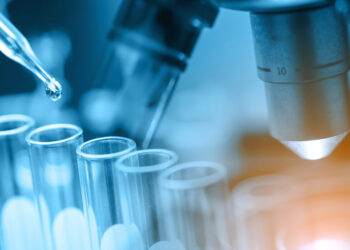