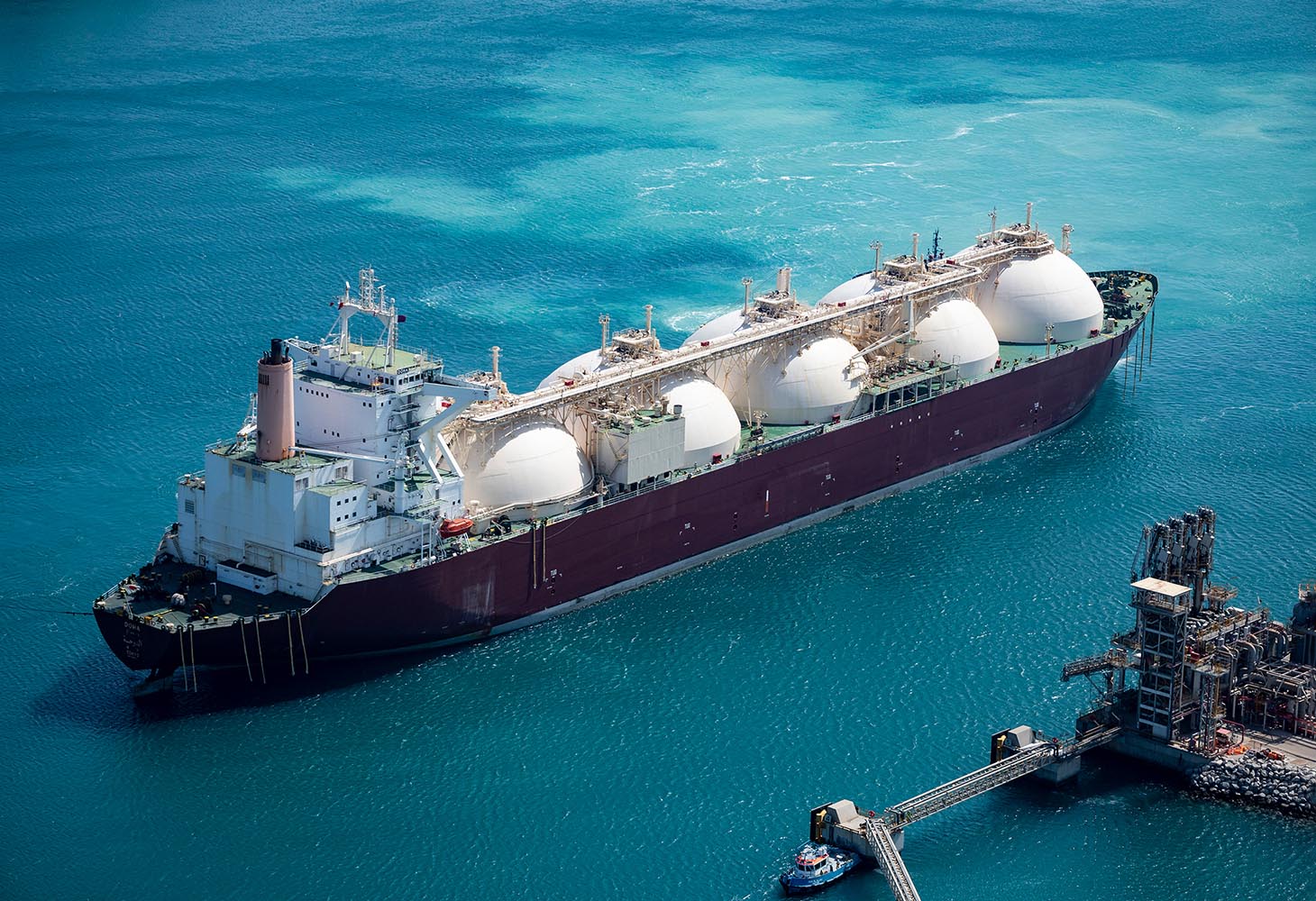 In September 2022, global multi-energy company TotalEnergies published the TotalEnergies Energy Outlook 2022, which set the scene for the organisation’s strategy presentation. This is the company’s fourth annual commentary on the global energy market which explores possible trajectories for decarbonisation. Helle Kristoffersen, president, strategy and sustainability, delivered the report, which included much lower natural gas demand projections than in the 2021 edition.

Last year, the French multinational recognised natural gas as a key transition fuel with projected growth of +1% annually to 2050. The 2022 report reduced its demand forecast to ~0.2% per annum to 2050, with a plateauing of demand from the 2030s. Kristoffersen attributed advances in heavy-duty electrification as a key development over the past 12 months, particularly in urban and long-haul e-trucks. The role of regulation was also noted, with bans on heavy-duty combustion engines possible around the 2040 timeframe. Overall, heavy duty ends up with the same share of oil as light duty, says Kristoffersen.

The outlook offered a very different context to last year. The “short-term trajectory of global energy demand is not going in the right direction,” says Kristoffersen. Current market disruptions and the post-Covid-19 economic recovery have pushed energy security and sovereignty back to the top of the energy policy agenda in many OECD countries. The Organisation for Economic Co-operation and Development (OECD) is a group of 37 member countries that discuss and develop economic and social policy.

Kristoffersen indicated there are tangible signs the energy transition has started, including decoupling of gross domestic product (GDP) and emissions growth and energy intensity gains. Power is now the fastest-growing energy form and oil is the slowest, she says. However, short-term coal consumption and carbon dioxide (CO2) are on the rise.

There is a lot of work to do to build a diversified, low-carbon energy system and the current decade will be decisive, says Kristoffersen. Investment in low-carbon power must double to 2030 to reach USD1.5 trillion per year. Will the current market disruptions speed up or slow down the energy transition?

The outlook re-examined two core scenarios—“ Momentum” and “Rupture”. Momentum is based on existing decarbonisation strategies of net zero by 2050 countries, including new pledges since 2021, as well as Nationally Determined Contributions (NDC). Rupture takes a back-casting approach, a planning method that starts with defining a desirable future and then works backwards, to keep temperature rises to “well below 2 degrees Celsius (°C).” A GDP growth rate of 3% per annum is assumed in both scenarios.

Momentum outlines three key priorities: a revolution in transport, massive growth in clean power and the ramp-up of hydrogen after 2030 as either a clean gas or through its derivatives. Control of emissions from power and transport offers the largest immediate impact.

End-use electrification increases with strong growth in renewables deployments. Decarbonisation of the global power supply reaches around 50% at 24,000 terawatt hour (TWh) in 2050 (8% in 2019). A transport revolution is already underway and sustainable mobility will rise from less than 1% of the light-duty fleet in 2019 to 65% by the middle of the century. 100% of the fleet is converted in net-zero countries, with 55% elsewhere around the world.

Despite downgrading its forecast, natural gas continues to have a critical transition role in all sectors, except road transport, says Kristoffersen. Gas will become greener over time, with approximately 20% green gases in the gas supply in 2050 (currently less than 1%). Carbon Capture and Storage (CCS) and methane control solutions will be important—with Kristoffersen noting that the industry understands methane needs specific and urgent action. CCS to abate remaining emissions reaches 3 gigatonnes (Gt) of CO2 by 2050 in Momentum. TotalEnergies’ energy outlook also outlined a higher use of sustainable fuels in aviation and marine. Sustainable aviation fuels (SAF) is projected to contribute 45% of aviation fuel demand in 2050.

Momentum achieves energy intensity improvements of 2.4% annually, compared to real efficiency gains of 1.5% per year achieved since 2000. However, the scenario still results in temperature rises of 2.1 – 2.3 degrees °C in 2100, according to the outlook.

Rupture uses the same key drivers as Momentum. But, in this scenario, electrification needs to occur even faster. Kristoffersen noted an accelerated deployment of renewables which extends to developing countries. Electrification of end-use reaches 40% in 2050, compared to 30% in Momentum, and decarbonisation of power reaches 60% off the back of “staggeringly big” electrification by solar and wind. Solar and wind make up 90% of new power generation in this model. Higher penetration of new energy carriers, such as clean hydrogen in industry and transport, e-fuels, biofuels and biogas, is also necessary.

Transport and industry need a hefty drop in emissions to achieve the Rupture objectives. Penetration of zero-emission vehicles reaches 80% of the light-duty fleet. The outlook also projects that oil demand will fall to 37 million barrels per day (bpd) in Rupture (currently 99.4 million bpd) and oil will account for less than one-third of transport demand in 2050. SAF use rises to around 60% of aircraft fuel demand.

Kristoffersen highlighted a massive push on green gases in Rupture, reaching 35% of supply. CCS will increase to 6.5 gigatonnes. Green gases and CCS-abated natural gas provide 60% of world gas demand in 2050 in this scenario.

Clean hydrogen is one of the new molecules associated with the transition. In Rupture, the clean hydrogen market approaches 500 million tonnes per annum by 2050, 1.5 times higher than the Momentum setting. Transport and hard-to-abate industries satisfy most of the demand. TotalEnergies expects two-thirds of the supply to be green hydrogen, with the remaining from blue hydrogen—hydrogen produced from natural gas and supported by CCS.

Despite “enormous potential” as decarbonisation drivers, hydrogen and sustainable liquid fuels will not scale up before 2030, opening the door for renewable diesel and biogas to develop in the interim, says TotalEnergies.

Annual energy intensity improvements of 2.6% are expected in Rupture. This scenario is successful in attaining the Paris Agreement objective of keeping temperatures rise well below 2°C. However, Kristoffersen indicates that this won’t be achievable without richer countries supporting emerging ones with investments, technology transfers, training and significant funding of at least USD100 billion per year.

Irrespective of the path, “It will not be a smooth transition,” says Kristoffersen. She emphasised the need for well-functioning, well-supplied power networks and enormous amounts of new infrastructure. In either scenario, investment in new oil and gas developments is required until at least the mid-2030s to satisfy customer demand, she says. 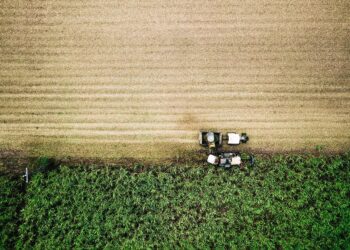 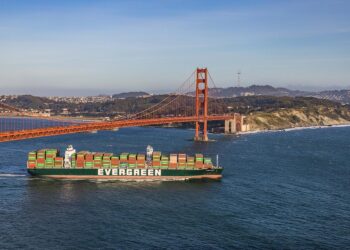