Home / F+L Magazine / Why Are We Testing Tomorrow’s Oils on Old Engines?

Why Are We Testing Tomorrow’s Oils on Old Engines?

Automotive technologies continue to evolve at a rapid pace as original equipment manufacturers (OEMs) look to satisfy customer demand and adhere to increasingly stringent government regulations. While automakers are becoming increasingly agile, fast-tracking a shift away from a reliance on petroleum and embracing a more environmentally conscious philosophy, engine oil specification development has been unable to maintain pace — deteriorating into a system that a few have described “unsustainable.”

The complexity of specification development, in particular engine test development, has resulted in a process that is too slow, no longer meeting market needs for “timely, innovative and differentiated lubrications solutions,” he says, speaking at an open forum organized by Chevron Oronite’s Kaustav Sinha at the STLE Annual Meeting in Atlanta, Ga., U.S.A., in May. Case in point is the next major category upgrade for passenger car motor oils in North America and Japan, ILSAC GF-6. Test development for ILSAC GF-6 began in 2012. Following several delays, the expectation is that first licensing will occur in 2019 at the earliest.

Auto manufacturers cannot afford to wait for new engine oil specifications. They require a simple value-driven approach that matches their evolving needs and the needs of lubricant end-users. Increasingly, OEMs are compelled to develop their own specifications, though not all OEMs possess the necessary technical expertise to create internal specifications and in-house testing procedures.

Admittedly, ongoing delays to ILSAC GF-6 have been exacerbated by two engine oil categories landing at the same time (PC-11 first licensing occurred in December 2016), though blame does not land squarely at the convergence of the two categories. In his presentation at the STLE Annual Meeting entitled “Global Engine Oil Standards – Challenge and Complexity,” Scott Lindholm, global product application specialist from Shell and co-chair of the Auto-Oil Advisory Panel (AOAP) suggested that “significant delays have existed in every category and every test ever developed.”

There are pros and cons of the current engine oil specification development process. Yes, it is slow and cumbersome. Yes, there are considerable stressors throughout, and multiple stakeholders to engage and satisfy. But, on the flip side, it is inclusive and perhaps more likely to satisfy broader industry requirements. Of major concern is that engine oil specification development is becoming progressively more complex (ILSAC GF-6 includes seven new engine tests) increasing the potential for misapplication by customers. It is time for a more efficient process, it was heard over and over again at the open forum.

You are probably thinking, this is not ‘new news.’ It’s not. We’ve been aware of the complexity and delays for some time. A few isolated industry representatives have openly expressed their disapproval of the complex development cycle. Perhaps the ‘new news’ is a growing collective proactively trying to force change.

STLE’s Engine & Drivetrain Panel gathered an expert panel of representatives from General Motors  (GM), Chevron Oronite, Lubrizol, Caterpillar and Shell to present a case for change. The panel was considering how to deal with regulation around emissions and fuel economy while opening doors to innovation and providing the ability to articulate meaningful consumer benefits. The panelists were united in their desire to overcome a “consensus-driven lowest common dominator assessment process” that is effectively gagging oil marketers — unable to promote superior engine oil technology.

GM’s Fluids Engineering Group Manager Angela Willis asserted that no other industry shares such complexity in development and regulatory scrutiny. But do these increasingly stringent testing procedures really represent increased protection out in the field? And do customers read, understand or even care about the label anyway?

In her presentation, Willis emphasised the rapid speed at which consumer perspectives are changing. She attributed this change to the growing influence of ‘millennials.’ The millennial generation places a heavy component on sustainability, welcomes a shift from vehicle ownership to ridesharing — allowing for multitasking, and sees the ride no longer as part of the experience but rather as a necessity to get from point A to point B.

Caterpillar Inc.’s Fluids Technical Expert Hind Abi-Akar presented a heavy-duty (HD) OEM perspective during the forum. In a category where cost of productivity and durability is of greater concern than miles per gallon, Abi-Akar suggests that current specifications are failing to support the variety, complexity and performance requirements of HD engines. A poor correlation exists between testing and field as off-highway needs are not fully incorporated into current industry specifications. Very few are broadly testing new engine oil technologies in off-highway conditions, she says.

So, what is really blocking a more advanced approach to engine oil specification development? Lubrizol’s Birze highlighted several barriers working against innovation. He believes accelerating category development costs are prohibitive to commercialising truly innovative products. A reliance on technology to be readily available and backward compatible creates a further hurdle for marketers looking to bring ‘step out’ products. Innovative products must have a faster route to market, he says, stressing industry processes and committees are too complex, slow and unbalanced. For example, 0W-20 took eight years from product launch to EPA certification testing.

I think we are all aware of this. The elephant in the room is clearly — what does this change look like? It is easy to say, much harder to imagine. How do we overcome this impediment to value creation? How do we solve the test development issue and inspire forward-thinking specifications?

General Motors has also expressed support for wider industry efforts. The company says it is looking to work collaboratively with the industry to accelerate change. Within the next year, GM is planning an industry workshop to continue dialogue amongst additive companies, OEMs and oil marketers. The American automaker is also evolving its approach to specification development, highlighting an internal goal of reducing reliance on engine performance tests to decrease cost and time to production. Willis, who holds a bachelor’s degree in chemistry from Eastern Michigan University, reiterated the importance of understanding the chemistry — additive componentry interactions and influences on oil degradation — in reducing the complexity of several engine performance tests.

Non-relevant and obsolete tests can be a roadblock to innovation. James Booth, automotive engine oil product qualification team leader at Chevron Oronite, called for a systematic approach to the replacement, or retirement of ‘aging tests,’ to remove unnecessary performance parameters irrelevant for a certain user-class and a move away from a one size fits all approach. The company asked for new test development to be decoupled from new specification development.

During his presentation, Booth reiterated the views of the expert panel that a pass/fail measure provides no incentive for differentiation or enhanced performance. He called for the development of a quality scale — to enable the creation of higher quality products. 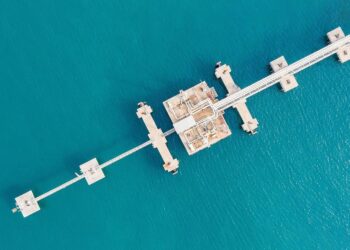 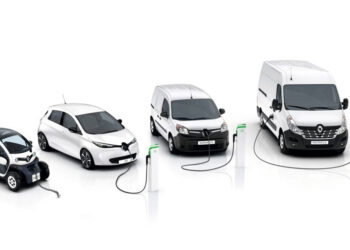