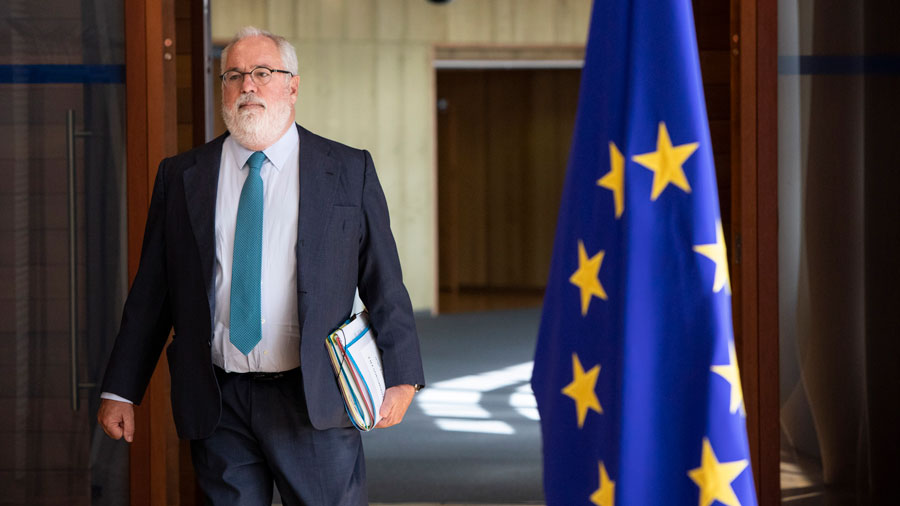 The European Commission recently uncovered new evidence of deceit on CO2 emissions tests. A letter and explanatory “non-paper” sent by commissioners Miguel Arias Cañete and Elzbieta Bienkowska to the Austrian presidency of the EU, the Chair of the Committee on the Environment, Public Health, and Food Safety, and the lead Member of Parliament on new car CO2 targets, has warned of further manipulation of industry tests by reconfiguring test vehicles or falsely declaring higher results than were evident during testing.

On the face of it, this seems strange. Why would manufacturers attempt to inflate emissions results under the newly implemented Worldwide Harmonised Light Vehicle Test Procedure (WLTP)? And how is this even possible?

The commission document, sent on July 18, 2018, highlights several tricks employed by manufacturers undergoing examination including testing with a depleted battery so additional fuel is consumed to charge the battery during tests, switching off start-stop functionality in cars during tests, and adjusting gear shift patterns. The combined effect on fuel consumption was estimated at approximately +5%.

WLTP was implemented in September 2017 for models introduced to the European market for the first time — and subsequently rolled out to all new cars registered from September 2018. This more stringent test procedure replaces the outdated New European Driving Cycle (NEDC) designed back in the 1980s — based on a theoretical driving profile.

WLTP is developed using real-driving data gathered throughout the globe and provides realistic testing conditions for measuring pollutant and CO2 emissions and a more accurate assessment. This is supposed to make it more difficult to ‘game’ the system. Alongside this new WLTP protocol, a supplementary Real Driving Emissions (RDE) test has been implemented to gauge the level of pollutants, such as NOx. The 90-120-minute test is performed on public roads under a wide variety of conditions.

The European Automobile Manufacturers’ Association (ACEA) supported the European Commission in the development of the WLTP laboratory test procedure. ACEA represents the 15 major Europe-based car, van, truck and bus manufacturers. While favourable of the change, and committed to decarbonisation, ACEA has previously signalled that the new emissions test is a considerable obstacle that will “alter the playing field under which the auto industry will be operating.” Speaking at the UNITI Forum in Stuttgart in April 2018, Paul Greening, ACEA director of Emissions & Fuels, emphasised the more rigorous test “could add +5% CO2” when correlated with NEDC values — rendering the 2021 target of 95g CO2/km even more severe.

Irrespective of a tougher regime, why would manufacturers want to “low ball” their emissions performance?  WLTP provides the foundation for calculating new car CO2 reduction targets for 2025 and 2030. Targets require a 15% reduction in fleet average CO2 emissions by 2025 and 30% by 2030 — based on 2021 levels. Underperforming on emissions reductions ahead of the 2021 milestone effectively weakens the ambition of the later targets. A short-term hit now, ensures the next decade’s targets are far more achievable.

In an emotionally charged media statement released on July 25, 2018, William Todts, executive director of the Brussels-based clean transport group T&E, said “after Dieselgate carmakers promised to change and that new tests were the solution. Now it’s clear they’re using these new tests to undermine the already weak CO2 standards. They want to meet these with minimal effort so they can keep selling diesels and delay the shift to electric cars. It’s a sad reminder the car industry wants to stay in the past and cannot be trusted.”

However, attempts by individual manufacturers to game the system seem counterproductive. Not only are individual European member states susceptible to higher taxation based on CO2 emissions, associated vehicle cost increases or lower performance metrics could significantly hinder market competitiveness. No doubt there remains a risk, though to effectively manipulate CO2 targets, widespread collusion between car manufacturers would be necessary.

While the Commission concedes that manipulating WLTP figures is not an industry-wide problem, they are keen to quickly stamp out such practices. The aforementioned letter proposed three specific lines of action: Firstly, in the proposed regulation on CO2 emissions standards “it should be made clear that the starting point for determining the future targets has to be calculated on the basis of the “WLTP values measured” in 2020 instead of WLTP values declared by manufacturers.”

To increase transparency and verifiability the commissioners called for the “systematic collection of data on the WLTP measurements of vehicles registered in 2020.”  The importance of consistent implementation and close monitoring of the correlation procedure between the elapsed NEDC and the WLTP test was also noted, with the Commission considering amendments to the implementing acts under the current regulations on emission performance standards. Finally, the Commission says it will “continue to support a correct implementation of the WLTP Regulation by the Member States and monitor its proper enforcement.” Additional reporting and data verification will facilitate this and amendments to the WLTP regulation would be considered “should this become necessary.”

In a statement, ACEA confirmed that European Automobile Manufacturers “fully agree that CO2 values should not be artificially increased in any way that would undermine the post-2020 CO2 targets” and “generally agree” with the three solutions proposed by Cañete and Bienkowska.  The association says it is committed to helping the European Commission ensure the robustness of the current regulation.