Home / FLO / Fincantieri and Eni: agreement in the field of circular economy and decarbonisation renewed and extended

Fincantieri and Eni: agreement in the field of circular economy and decarbonisation renewed and extended

The CEOs of Eni and Fincantieri, Claudio Descalzi and Giuseppe Bono, signed a Memorandum of Understanding (MoU) which extends the cooperation in Research & Development sector, set out by the two Italian companies in 2017, which now approaches new technological frontiers.

The main focus of the extension will be the joint evaluation of opportunities for the development of innovative initiatives in the field of decarbonisation and circular economy. The activities will focus mainly on waste to energy, production and transport of energy carriers as natural gas, methanol or hydrogen, fuel cells applications, the development and deployment of off-shore renewable technologies.

Over the three years of the previous agreement, Eni and Fincantieri have collaborated to the development of several concepts of floating offshore production platforms, with a modular and reversible approach, developed according to a Fincantieri patent, a Floating Gas to Methanol with Eni technology and a Floating Independent Power Plant (FIPP).

Claudio Descalzi, CEO of Eni, stated: “Thanks to the developed synergies, Fincantieri and Eni will concretely support the country’s sustainable development. This agreement perfectly fits into the long-term strategy we have designed. To build the new Eni we have combined economic and environmental sustainability, we are working on a just transition by providing energy in a profitable way and, at the same time, obtaining an important reduction in the carbon footprint. Natural gas, a fossil energy source with the lowest carbon footprint, will represent in Eni’s production mix an increasing component in the coming years: 60% in 2025, reaching 85% in 2050. In this process, Fincantieri represents a strategic partner with whom we continue to research and develop innovative technologies and systems “.

Giuseppe Bono, CEO of Fincantieri, commented: “We believe that the success of this partnership is very good news for Italy, especially given that the cooperation explores a key sector such as the one of sustainable development. The ability of big two national industrial players to pool experiences, professional skills, and above all their visions for the future is a huge strategic achievement”. Bono concluded: “I am very pleased because the research path we are charting with a group such as Eni has already led to the creation of several projects, consolidating the technological lead which allowed our companies to obtain important achievements worldwide“.

The present Understanding could be subject to subsequent binding actions that the parties involved will define according to the applicable law, included that which regulates operations among related parties.

Eni is an integrated energy company with over 30,000 employees in 67 countries globally. It operates in the oil and natural gas exploration, development and extraction industries in 43 countries, trades in the oil, natural gas, LNG and electricity sectors in 28 countries and sells fuels and lubricants in 33 countries. It also produces crude oil and semi-finished products to be used in the production of fuels, lubricants and chemicals that are then distributed through either the wholesale or retail market, through various refineries and chemical plants. The company is contributing to the energy transition to a low-carbon future, by promoting the development of energy produced from renewable sources. It is doing so by using new and increasingly efficient clean technologies and by applying the principles of the circular economy to all aspects of its activity. The company’s development between now and 2050 will be based on the 17 UN Sustainable Development Goals (SDGs) and greater integration between the different activities. Eni will become even more integrated, from production to final sale, both in terms of conventional products and bio and renewable products. In the global scenario where growing energy demand requires businesses to become significantly more sustainable, Eni once again asserts itself as a leader in this drive to make the energy production process more sustainable.

Fincantieri is one of the world’s largest shipbuilding groups and number one for diversification and innovation. It is leader in cruise ship design and construction and a reference player in all high-tech shipbuilding industry sectors, from naval to offshore vessels, from high-complexity special vessels and ferries to mega yachts, as well as in ship repairs and conversions, production of systems and mechanical and electrical component equipment, cruise ship interiors solutions, electronic systems and software, infrastructures and maritime constructions as well as after-sales services. With over 230 years of history and more than 7,000 vessels built, Fincantieri has always kept its management offices, as well as all the engineering and production skills, in Italy. With over 8,900 employees in Italy and a supplier network that employs nearly 50,000 people, Fincantieri has enhanced a fragmented production capacity over several shipyards into strength, acquiring the widest portfolio of clients and products in the cruise segment. To hold its own in relation to competition and assert itself at global level, Fincantieri has broadened its product portfolio becoming world leader in the sectors in which it operates.

The Group has today 20 shipyards in 4 continents, nearly 20,000 employees and is the leading Western shipbuilder. It has among its clients the world’s major cruise operators, the Italian and the US Navy, in addition to several foreign navies, and it is partner of some of the main European defence companies within supranational programs. Fincantieri’s business is widely diversified by end markets, geographical exposure and by client base, with revenue mainly generated from cruise ship, naval and Offshore and Specialized vessel construction. Compared with less diversified players, such diversification allows it to mitigate the effects of any fluctuations in demand on the end markets served. 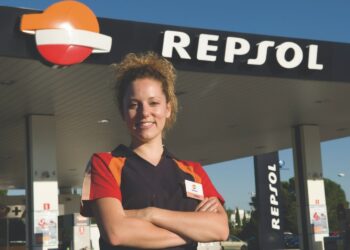 Repsol and Nissan partner to promote electric mobility in Spain