The Joint Venture will go into effect following a capital contribution of US$25 million by SQM in exchange for a 50% ownership stake in Minera Exar S.A. (“Minera Exar”), a wholly owned subsidiary of LAC. SQM’s contribution includes US$15 million to repay intercompany loans between Minera Exar and LAC; the remaining US$10 million will be allocated to project development. SQM and LAC intend to immediately advance a work and engineering plan, which contemplates completion of an updated definitive feasibility study based on an existing study for Cauchari that was completed by Minera Exar in 2012. The updated study will evaluate economic feasibility for a project with a nameplate production capacity of approximately 40,000 metric tons per year of lithium carbonate equivalent. Depending on the results of the study, the project may be executed in stages.

Tom Hodgson, Chief Executive Officer of LAC, commented, “SQM is the world leader in lithium production with decades of development and operating experience and a strong team of technical and commercial talent. It also has a track record of success as a partner in many global joint ventures. One of the principal objectives of the Joint Venture is to leverage the technical experience of SQM to materially de-risk the development of Cauchari-Olaroz and to successfully advance the project to bring new supply to the market on a timely basis. Lithium plays an important strategic role in the energy revolution and it is critical that our industry respond by delivering more supply to meet increasing demand.”

Patricio de Solminihac, Chief Executive Officer of SQM, commented, “SQM is committed to the lithium business, both in Chile and abroad. The Salar de Caucharí is a great complement to our existing lithium operations in Chile, and it is located just a few hundred kilometers from the Salar de Atacama. We expect to have similar production processes at both sites, and as a result we should benefit from operating synergies.”

Mr. de Solminihac continued, “We are confident that this joint venture will generate value for our shareholders. We believe that SQM’s years of experience in the lithium business, and our vast distribution network, combined with LAC’s knowledge of the Salar de Caucharí and its stakeholders, will prove to be key advantages that will contribute to the success of this project.”

Recognizing that over the past seven years well over US$1 billion has been invested globally in lithium development projects which has resulted to date in minimal increase in lithium supply, Lithium Americas has been evaluating options to ensure Cauchari-Olaroz is brought into production in a timely manner with the lowest possible development risk. Lithium Americas has considered proposals from potential partners from various parts of the world, and from leading companies representing different parts of the lithium battery supply chain. Lithium Americas has evaluated traditional and new processing technologies, and has also examined the possibility of developing Cauchari-Olaroz on a stand-alone or independent basis.

John Kanellitsas, Vice Chairman of Lithium Americas, commented, “Lithium Americas’ board has determined that SQM represents the premier partner in the world for our project. Their understanding of brine chemistries, pond and chemical plant construction, knowledge of all end-user product specifications and the collaborative approach with our team were important criteria in our selection process. We believe that SQM is the world’s largest and lowest cost producer of lithium from brines and our board has determined that a joint venture with SQM in which we pursue a production path utilizing a proven, low-cost brine evaporation process represents the optimal course to maximize long term value for Lithium Americas’ shareholders.”

Cauchari-Olaroz is believed to be the world’s 3rd largest lithium brine resource and is fully permitted for immediate construction and development. The project benefits from excellent infrastructure including a nearby natural gas pipeline, a paved international highway with direct access to Salar de Atacama and a deep sea port, fresh water on site, and strong support from local communities and the government of Jujuy province. Since its inception in 2009, Lithium Americas has invested over CDN$80 million in a resource exploration and project development program which includes resource definition, advanced modeling, approximately 10,000 meters of drilling, testing and pumping wells and 43-101 technical studies, including a definitive Feasibility Study (“dFS”) completed in 2012. The 2012 dFS was based on a production capacity of 20,000 TPA lithium carbonate and resulted in a post-tax NPV of US$464M with average annual net cash flows of US$117M, and was based on forecasted LCE average prices of approximately US$5,900, well below current world prices. The Joint Venture is targeting a production capacity of approximately 40,000 TPA lithium equivalent in its upcoming development plan investigations.

Franco Mignacco, President of Minera Exar, commented, “We are very pleased to welcome our neighbor SQM as our partner to advance the project in Jujuy Province of Argentina, which is fully permitted and ready for construction. As stewards of one of the world’s great lithium brine resources at the Cauchari salar, we are delighted to enter into this commercial partnership with SQM, who will be investing both its capital and its talent. The Joint Venture also demonstrates success for all stakeholders and local communities from the policies of the new Argentine government in its desire to attract foreign investment.”

Information of a scientific and technical nature in this news release in respect of the Cauchari-Olaroz Lithium Project has been approved by Roger Kelley (Chem. Eng.), a qualified person for purposes of National Instrument 43-101. For further information about the dFS, please refer to the Technical Report dated July 11, 2012, entitled “Feasibility Study, Reserve Estimation and Lithium Carbonate and Potash Production on the Cauchari-Olaroz Salars, Jujuy Province, Argentina” filed on LAC’s SEDAR profile on December 23, 2015.

Lithium Americas is the parent company of Minera Exar S.A., which is developing the Cauchari-Olaroz Lithium Project, located in Jujuy, Argentina, in a joint venture with SQM. Lithium Americas also is the parent to Lithium Nevada Corp., which owns one of the largest lithium resources in North America, and Hectatone Inc., which produces specialty drilling additives and other organoclay products. 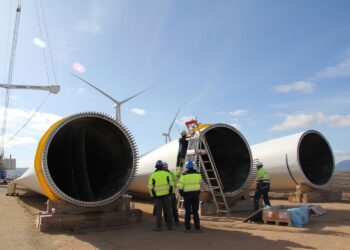