This new partnership represents the largest and most comprehensive ever in the motor oil category during the league’s 70-year history. The initial focus of the partnership will see ExxonMobil’s Mobil 1 flagship brand become the official motor oil of the NBA, WNBA, and the NBA D-League in the United States and China. ExxonMobil also has the ability to promote its branded fuels and lubricant products as the official motor fuel and official lubricant of the league.

The relationship with the NBA adds to ExxonMobil’s portfolio of international sports and sporting event partnerships. The new partnership also represents one of the first associations between Mobil 1 motor oil and a major sport other than motorsports.

ExxonMobil will serve as an associate partner of NBA Global Games China and promote the partnership at preseason games in Shanghai on Oct. 9 and Beijing on Oct. 12.

“We are proud to partner with ExxonMobil, a distinguished global company and proven industry leader,” said Rachel Jacobson, NBA senior vice president, business development, global partnerships. “The Mobil 1 brand is synonymous with technology leadership and outstanding performance, and we’re looking forward to bringing these shared values to life for our fans in two of our biggest markets.”

Throughout the 201617 season, ExxonMobil will develop and promote NBA-themed integrated campaigns, including advertising, custom digital video content, and social media programs. The Mobil 1 brand also will be promoted across NBA media assets including NBA TV, NBA.com, the league’s social media channels and the NBA App, as well as broadcast partners ABC/ESPN and TNT.

About ExxonMobil
ExxonMobil, the largest publicly traded international oil and gas company, uses technology and innovation to help meet the world’s growing energy needs. The company holds an industry-leading inventory of resources and is one of the largest integrated refiners, marketers of petroleum products and chemical manufacturers. For more information, visit www.exxonmobil.com or follow the company on Twitter www.twitter.com/exxonmobil.

About Mobil 1
The world’s leading synthetic motor oil brand, Mobil 1™ features antiwear technology that provides performance beyond our conventional motor oils. This technology allows Mobil 1 to meet or exceed the toughest standards of car builders and to provide exceptional protection against engine wear, under normal or even some of the most extreme conditions. Mobil 1 flows quickly in extreme temperatures to protect critical engine parts and is designed to maximize engine performance and help extend engine life. For more information, visit mobil1.com and, on Facebook, www.facebook.com/mobil1.

About the NBA
The NBA is a global sports and media business built around three professional sports leagues: the National Basketball Association, the Women’s National Basketball Association, and the NBA Development League. The league has established a major international presence with games and programming in 215 countries and territories in 49 languages, and NBA merchandise for sale in more than 125,000 stores in 100 countries on 6 continents. NBA rosters at the start of the 201516 season featured 100 international players from 37 countries and territories. NBA Digital’s assets include NBA.com and the NBA app, which achieved record traffic during the 201415 season, as well as NBA TV. The NBA has created one of the largest social media communities in the world, with more than one billion likes and followers globally across all league, team, and player platforms. Through NBA Cares, the league addresses important social issues by working with internationally recognized youth-serving organizations that support education, youth and family development, and health-related causes. 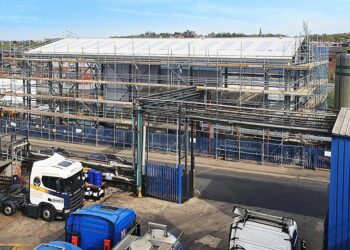 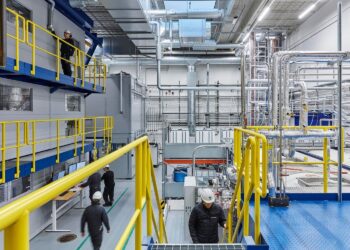